Both answers can be true. However, the former is often valued more than the latter. When really, it’s the emotional and psychological benefits of sport that carry people through the harder parts of life.

Imagine being an intercounty footballer training hard during lockdown, trying to impress your brand new manager, but a pain in your abdomen just won’t go away. Imagine you’re 27 years old and eventually that pain gets so bad that you end up in hospital.

And then imagine being told you have cancer. Stage three cervical cancer. That’s what happened to Roscommon’s Rochelle Mullaney last February.

A mundane, run of the mill outpatients appointment turned the Kilbride club woman’s life upside down and inside out. By March she had started chemotherapy and radiotherapy. Now it’s May, and she’s slowly working her way through her recovery. What kept her going during the tough days? Her family, her football family and her friends.

Visualising the day she could tog again, imagining how good it will feel to get stuck into a training session, using her mind to experience league and championship days of the future. “My first thought was worrying about potentially losing my hair,” laughed Rochelle.

“My next thought was about the football team. I had been in and out of the panel over the past few years and I wanted to make a real go of it this year. I have played with some of these girls for years and I was terrified that was going to be taken away from me.”

We often don’t appreciate the psychological value of being part of a team. Probably because it brings its own stressors at times, and it can be anxiety-inducing as well. But when the curtain comes down on a career, or when a player hits a speedbump that knocks them off course, that’s when the value is really appreciated.

A coach, from any level from nursery up to senior county, needs to realise their importance in someone else’s life. The influence they have and the power they hold.

Reams of research into player well-being has found that the quality of emotional support given to athletes is linked to better injury recovery, player retention, burnout, confidence levels and performance. Emotional support really is just a fancy way of describing listening and advising. Being a sounding wall. Helping to keep someone on the right path. Being so welcoming that the player looks forward to every session.

When the dark days come, we often turn to our local communities for support. For the Gaelic games family, your team is your community. Sport is about health, fitness, friendship, competitions, championships and fun.

But, on a deeper level, it’s about knowing that whatever happens in life, your sporting family will have an arm around your shoulder.

When Rochelle got her devastating news, after contacting her family, one of her first calls was to her new manager, Diane O’Hora. Rochelle expected to have to step away from the panel but described the feeling of relief and joy when she was told that being sick was not her fault and that a role would be found for her within the team, so long as she wanted it.

She said: “Diane was great. And so were the girls. Not a day went by that Diane didn’t call or send a message and the women were keeping me updated on their progress. I was a part of everything when I wanted to or when I was able to attend.”

Rochelle was able to focus on getting well and on her recovery. She had a target to aspire to that wasn’t unrealistic. Attending training sessions when she was well enough gave her hope. It turns out, when the chips are down, sport isn’t about winning or losing. Or who is flying in training. Or who is going to be relegated.

These are big moments for sure, but that’s not the soul of sport. You could get a similar adrenaline rush in a career with a lot of responsibilities. Yet nobody wishes they gave more time to their job.

Staying connected to the world around you, even when you can’t be as active a participant helps you heal. In practice, what does this mean if you’re a coach or a manager? Thankfully, stories like Rochelle’s are rare.

However, every manager has to deal with a player who has lost a job, a loved one, who is sidelined by injury, who may have to quit due to injury, who is having health difficulties, both physical and mental.

There is an inherent link between sport and mental health. Those who are involved in sport are at lower risk of depression, and are better able to cope with stress and anxiety.

It can be tempting to tell a lad who has done in his cruciate to go away and heal, and to come back when he’s better. When in reality, he may heal better and a bit faster if he’s still involved somehow. If someone is struggling emotionally or mentally a coach may feel it’s best to release them from the constraints of training.

When sometimes, that training session might be the one thing that brings a bit of spark into their lives. Rochelle is delighted to be able to go on short walks now, and to organise cones and bibs at training. People checked in. It made her feel capable of dreaming again. That’s the power of sport. 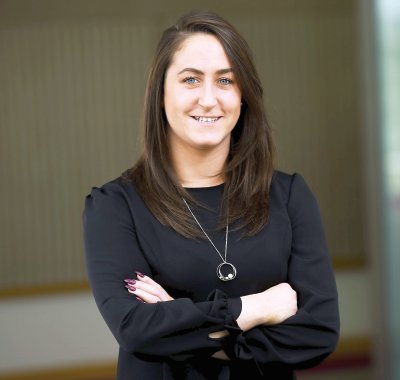 26 March 2018; The Women’s Gaelic Players Association (WGPA) presented its 2018 third-level scholarships on Friday 2nd March at PWC headquarters in Dublin. A total of 37 scholarships have been awarded to third-level students across multiple colleges who play intercounty Camogie and Ladies Football. The scholarship scheme recognises the efforts of WGPA members in pursuing a dual career, enabling them to focus their attention on taking opportunities for ongoing personal and professional development whilst striving for excellence as athletes. Pictured is Rochelle Mullaney of Roscommon in attendance at PWC HQ, Spencer Dock in Dublin. Photo by David FitzgeraldSportsfile 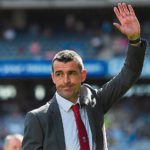 Derry and Down legends unite in charity kicking event 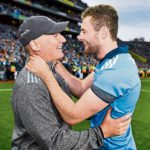 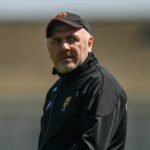 Offaly test for the Down hurlers