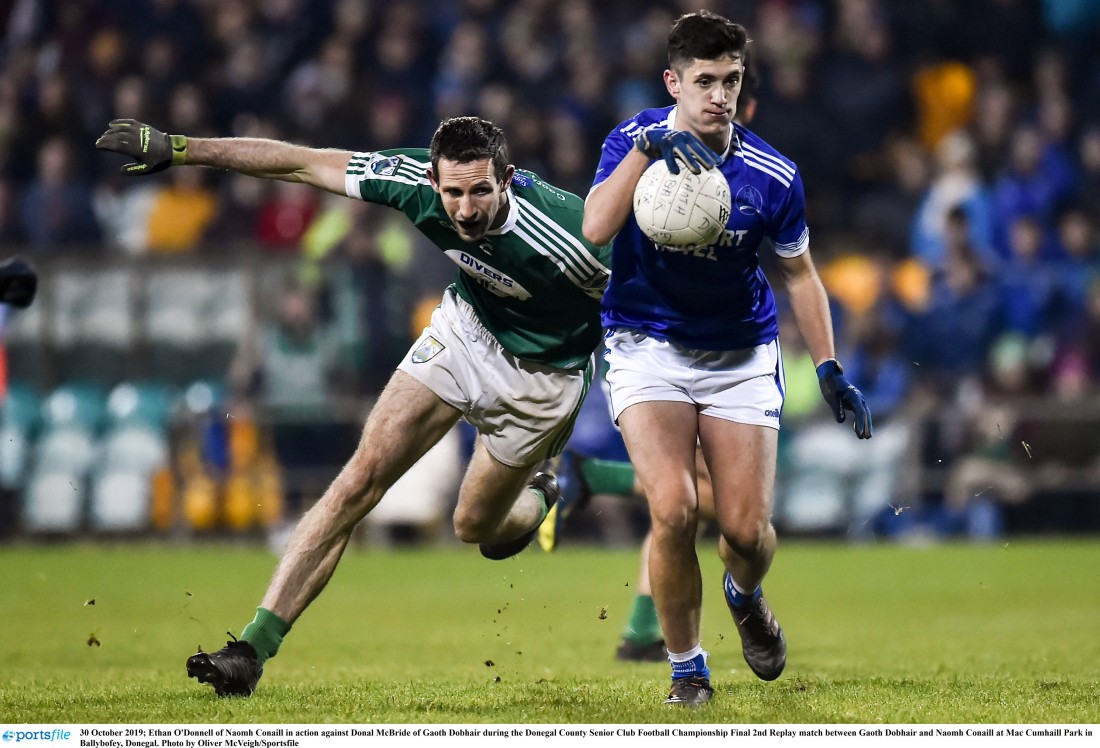 AS another week ticks by, players are slowly but surely getting their bodies back to some sort of normality.

Training will start to become a lot tougher as training-group numbers start to increase and managers ramp things up.

I am still playing, or trying to anyway, so I have first-hand knowledge of what players are going through. I am excited about football returning however I am a little worried about what may happen in a few weeks’ time.

Obviously the main concern is that we could see a resurgence in the number of Covid virus cases, but all we can do is offer that one up and hope that it stays away. My other worry is more to do with problems that we may create ourselves.

Before I get stuck into my concerns, I’d just like to take us back to mid-March when it looked like we wouldn’t see any football played this summer at all.

Fast-forward a few months and here we are looking at having both club championships and county championships. At the time I did stress that I believed that the powers that be should take the decision to let the county scene sit this year and concentrate on club, but they have made the decision to play both so we now must get on with it.

The rules laid out state that county panels cannot resume training until September 12 and here is where I see the major fall-out happening this year, but it’s one that we could avoid.

Obviously county managers are going to want more time than that to get their troops ready for battle and they will try and get their players together during the club season. If the time-frame given at the start was to stay in place then I would be all for clubs sticking to their guns and not allowing their players back to county training until the club season is over.

With the time-frame being extended last week with the announcement that we can now play games from June 29, then I feel that county boards could bring the club season forward a week or two and this would allow for an earlier finish.

If club championships were now started in mid-July and finish up by mid-September then I don’t think too many players would have any issue with that.

If this were to happen clubs would get their players for all of their club season with little or no friction between club and county.

By the time we get to September there would only be a handful of clubs left still playing so the county managers could have the players not involved in club championships back training at the end of August.

Should most counties opt for the finish date of early October, then we are in for a war and the players who are representing their county will be left in the middle. Don’t get me wrong, now that the decision has been taken and Croke Park has given these guidelines to county teams not to touch players until they are finished with club then I am 100 percent behind that, but I just feel that we could all give a little here in order to avoid a head-on collision down the line.

I take you back to mid-March when things looked bleak on the football front. Would club players settle for an eight-week championship block? Of course we would. So now that we have this opportunity let’s not go over board trying to play too many games.

Let’s find a nice balance that allows club players the opportunity to get a few weeks’ training under their belts and then start to club championships.

We are still awaiting official word here in my own county about when and how our club season will be played off so here’s hoping we take the sensible approach.

I have been that soldier who has been asked to turn his back on his club for the good of the county and let me tell you this it’s not a nice place to be.

I fully expect players to give 100 percent to their clubs this season but I’d just like to avoid the possibility that county managers would have to ask them to choose.