TEAMS simply no longer come out of nowhere and strike upon success. Look at any of the sides that have attained senior club honours, or the county teams regularly annexing provincial championships or frequently visiting the latter stage of the All-Ireland Championships. They all arrive on the back of sustained consistency.

Even commonly acknowledged fairy tale stories like the Cavan and Tipperary footballers last winter aren’t that much of an anomaly when you considered the journeys both counties have been on over the past 10 years, both experiencing underage success to varying degrees and developing title-winning teams off a strong base forged from those groups.

A common term often associated with successful teams is that they have an improved level of conditioning to that of the rest of the competition. Sometimes this can be misconstrued that they are simply fitter. This is mere conjecture, yet there isn’t a metric for ranking the teams in Ireland in order from fittest to least fit and its unlikely that there ever will be.

What we can understand about the term conditioning is that it stands for more than just an individual or team’s ability to cover ground. When we talk about well-conditioned teams a reference point will most obviously be the Dublin senior footballers from 2011 to the present day. Yes, they have a coaching infrastructure within the county that is unsurpassed and via this model in conjunction with the sheer volume of playing numbers they have produced sustained brilliance yielding six in-a-row and counting.

Has this simply been achieved because they have thrown more finance and more man hours into it than the rest? Probably not. They stand alone as the best team in Irish sporting history, and you could probably hold them up for standards against many very successful professional sporting organisations.

For me this level of excellence can be attributed to harsh lessons of the past and a continued willingness to learn and improve. When I think of this Dublin group and the association of being the best conditioned to me it represents.

• Consistent detail to the execution of basic skills.

• Structured physical coaching will bring improvements through adaptation over a period of years, not weeks or months.

• A group that set high standards and place demands on each other in every coaching session.

• Setting a continued high bar in intensity will translate into a consistent high-level application on game day.

• A willingness to evolve tactically, they will bring fresh strategy’s each season.

• Players and management communicating and challenging one another over a sustained period. Player drop off and high turnover will damage this.

• Playing at the highest standard of competition, against the best teams individually and tactically can improve the group on an ongoing basis.

• Forging strong on field relationships and understanding teammates. This enhances the team’s DNA and can only be achieved over time.

• Learning through experiences. Resilience can be formed through defeat; success usually comes off the back of some near misses.

It is important that we do not get too consumed in the ‘fittest team wins’ mantra. S&C is only one single strand of a ‘well-conditioned’ team. 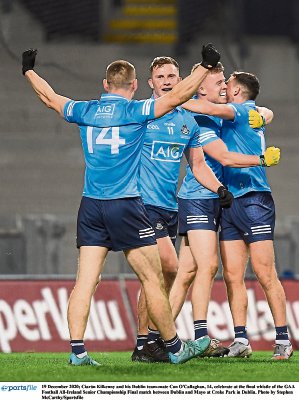 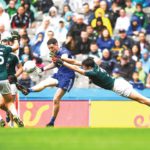 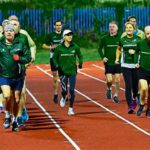