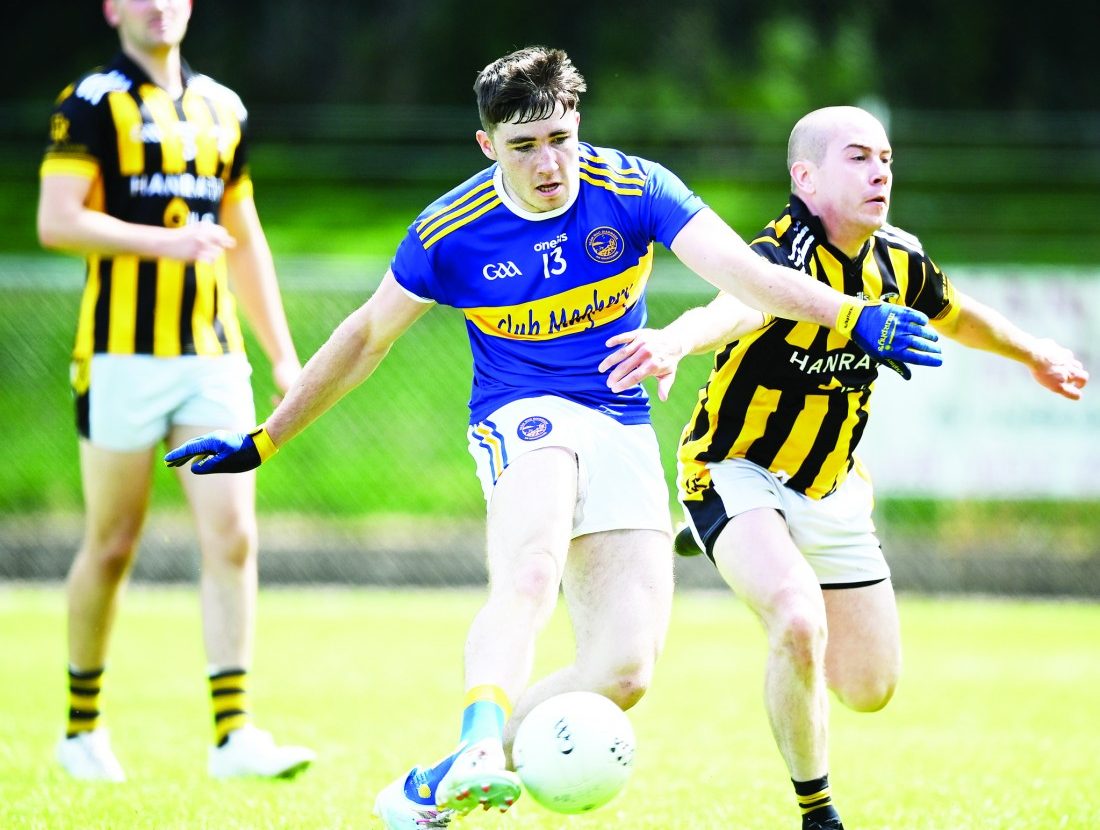 INTERESTING statistics emerged from a study produced on inter-county games a couple of years ago regarding the amount of time the ball was actually in play for.

The ball was in play for an average of 34 minutes and 38 seconds per match according to analysis of every single championship game, that’s just less than 50 percent of the match.

If we consider the same statistics for club games, we are looking at an average of approximately 30 minutes of the ball actually being in play.

When we also consider that the average activity a player will be involved in during a game will be approximately 17 to 18 seconds, it makes for interesting statistics to base our training around.

When you also factor in the now obligatory water break after 15 minutes and 45 minutes, plus the fact that most teams are using the full quota of substitutions, we could even argue that the ball in play stats for a normal club game right now are even lower.

Unfortunately, despite access to information like the stats above, coaches will still continue to have players on the training field for 90 minutes to two hours at a time. In our current climate that massively increases the injury risk for the player.

Personally I think it’s a matter of being brave, trusting yourself and believing you can still deliver a high quality training session without the huge volume. We (Bryansford) have adopted a very much ‘less is more’ approach with the club right now and players are only training for approximately 55 minutes maximum.

Recently I spoke to some professional coaches in other sports about the volume of their training sessions right now. They all commented that particularly now that the games have started, the volume of training is actually very low. To put it in simple terms, players will literally just tick over between games or maybe work on a specific style of play in conjunction with the opposition that lies ahead.

For your session to be really beneficial without the large volume, it must be extremely high in intensity with short recovery times and huge, intense bouts of activity.

There is now no requirement in our games for long, slow running. Your heart rate will never be as high as a high intensity bout of football activity and, in particular, in a 3v3, 4v4 or 5v5 small-sided game.

My own research in this area has shown heart rates to be at their optimum in these environments compared to 7v7 and 15v15 games. It also exposes the players to a greater volume of ball contact while remaining under pressure physically and mentally to make the correct decisions.

It’s important to remember the time of year when planning your football session.

In peak season training, any small-sided games should be decreased in time. For example, maybe 60 seconds long compared to pre-season time when they should be a lot higher, maybe approximately 120 seconds.

In pre-season the games should take place in a larger area where players have to make longer runs and work aerobically compared to now at championship time where space is tighter with shorter, sharper runs more prevalent.

At different stages of the season, the size of the grids and length of time spent in each game will vary depending on what element of conditioning you are looking. However, in our current situation it’s important we try to implement peak season conditions in training as much as we possible can.

I think back to the training we used to do in pre-season, all those hours spent lapping fields and pounding up hills and mountains in Kilbroney Park. I am not disagreeing that a one-off good mountain, hill or sand dune session will build team spirit, camaraderie and a physical and mental toughness, but players can only take so much. Remember it’s not specific conditioning for the game of Gaelic Football.

Really though, it’s up to you the coaches to get the thinking caps on for this short season and build your session round the ball. Lower the volume and make your sessions short, sharp and intense and start conditioning our players to play our games.