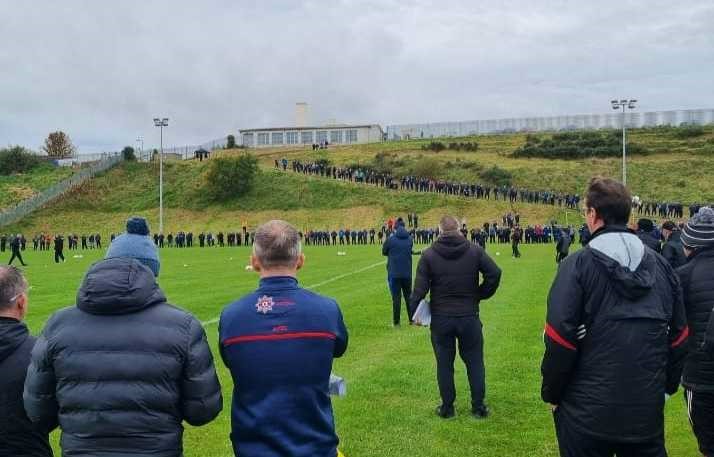 BIG DAY OUT...Huge numbers will travel to the border city for the event

IT’S around this time of the year that most coaches are close to finishing off their respective seasons across the province, whether that be with an underage or a senior team. Unless you are involved in the latter stages of championship semi-finals or finals, your season is coming to a close.

A lot of coaches need and deserve the downtime. Coaching can be very demanding and draining on the mind and body. There is a period of much-needed rest and a well-deserved recharge of the body’s batteries in preparation for the next challenge that lies ahead.

The next few months in coaching is just like playing. It’s called the off-season, and players may look at modern innovative ways to improve their individual game next year – whether that be the latest injury prevention craze or the latest S&C fad that’s sweeping the country, they will look into it.

Coaches are no different. My off-season will be spent networking with other coaches, hopefully attending some coaching sessions in other sports and picking the brains of coaches, teachers and managers from our sport and other disciplines. For me, it’s about non-stop learning and coaching professional development.

Coach education is a huge passion of mine, and I am a staunch believer if you make yourself a better coach, you will ultimately develop better players.

Over ten years ago I attended a coach education event in Croke Park and it was one of the best I had ever witnessed. It was a practical pitch session where we got to observe from the stand, because for me a picture paints a thousand words. When you see a game or a drill in operation it’s much easier to pick up and understand it rather than having it on paper.

Indeed I had the very same conversation this week with a fellow coach, who said to me that he much prefers to see a game rather than have someone explain it or draw it out. It makes sense. When you observe a game or a drill in action you pick it up much more quickly and also have a better understanding of it, and in fact quite a lot of the time you may see ways you could adapt or change it to suit yourself.

It was my inspiration to start my own coach education day back in 2009, I called it the St Columban’s Coaching Clinic and used it as a fundraiser to help develop GAA in the school.

We started off with 57 coaches in the very first year and grew steadily every year and, in fact, just last October, we had over 430 coaches from all over Ireland attend at my current school, St Joseph’s, Newry. It was actually the highest attended coach education event in Ireland last year.

The clinic will continue this year this Saturday, October 22, in St Joseph’s High, School Newry where it has been for the last three years.

The funds we raise are invaluable for the development of facilities and purchase of equipment. In the last few years we have fitted a brand new S&C suite on the back of the day and also added three sets of portable mini goals for our pitch along with various other vital resources.

We have another superb line-up this year with former Irish rugby international, professional rugby coach and current performance coach Bernard Jackman opening proceedings with a talk centred around ‘Motivating the Modern Player.’

We will then take to the pitch for the first of two practical based sessions, led by Enda McGinley. The former Antrim senior manager is highly regarded as one of the most innovative voices in the modern game and he will take a practical pitch session titled ‘Incorporating Scanning into your Coaching.’

Enda’s session will involve a number of scenario-based games that focus around getting the head up, under the mantra ‘if you can’t see it, you can’t play it.’

The day will conclude with current Tyrone goalkeeper and All-Ireland winner Niall Morgan who will deliver a pitch-based session on how to include the goalkeeper into whole team training. Niall’s drills and games will involve the full squad and will show coaches how the goalkeeper can be included into the session.

It promises to be an invaluable day for any coaches looking to gain an extra edge and the event is open to all coaches of any age level be it school, club or county or any code as the games and drills on show will be easily transferable to both camogie and hurling.

The day commences at 10am this Saturday and the cost of the day is £15 or 20 euro, which can be made payable on the day and includes refreshments and an information booklet with sample training sessions.

It’s certainly an information-packed morning not to be missed and proceeds from the day will go towards the development of GAA within the school. 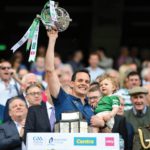 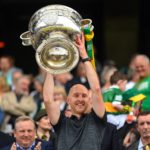 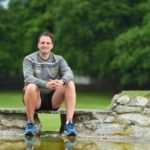