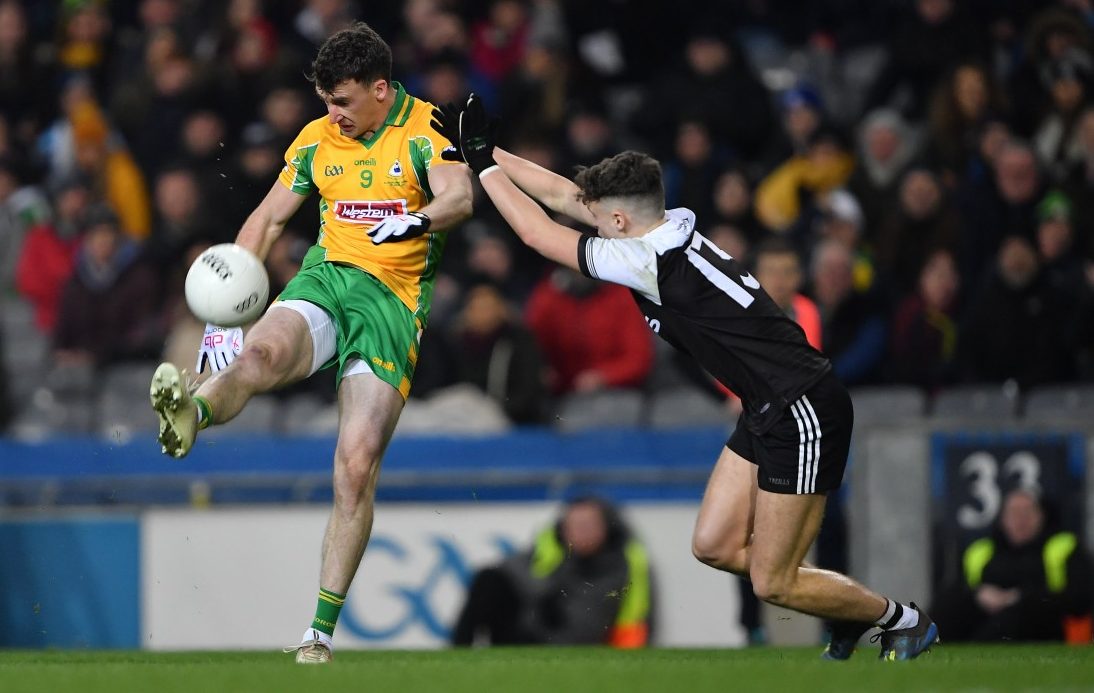 AN awful lot of criticism has been directed towards the spectacle that was the All-Ireland Club final last weekend and in particularly a lot of criticism towards Kilcoo and how they approached their game tactically against three in-a-row chasing Corofin.

In my opinion, a lot of the criticism and analysis of the game has been unfair and poorly researched in fact.

Propaganda is a very powerful tool, it is used as a way of spreading ideas and influencing people and it plays a very important role, particularly within our own sport of Gaelic games.

Propaganda is not a recent phenomenon; it first became prominent in Europe around 400 years ago when it was used by the Catholic Church in Rome and more recently in World War Two it played a very important role to raise the morale of those at home and to make the enemy sound more brutal.

The exact same propaganda spin can be said in recent years about our own games. Take Dublin for example, let’s go back to 2014 when Donegal showed up an extremely naïve tactical performance from Jim Gavin, the Tir Chonaill county winning 3-14 to 0-17. It would be the last time Dublin would concede three goals in the championship as they learnt valuable lessons from Jim McGuinness and Donegal and went on to install one of the most ruthlessly organised zonal defensive systems the game as ever seen.

They returned the following year in 2015, a year after Donegal had humiliated them, and met Kerry in the final. This was a Kerry team who had scored 7-16 in the quarter-final and a Dublin team who had scored 3-15 against Mayo in the semi-final. The final ended with Dublin prevailing 0-12 to 0-9 – Jim had learned his lessons the previous year and decided finals were for winning.

Finals don’t always live up to the expectations, even in other team sports like rugby, American football, or even soccer. Take, for example, last year’s UEFA Champions League final, the greatest showpiece event in world football between Spurs and Liverpool.

This was a Spurs team who had shared eight goals in the quarter-final against Man City in an enthralling 4-4, and they followed this up with an even greater spectacle against a young Ajax in the semi-final, sharing six goals.

Their opponents in the final Liverpool produced one of the best European comebacks ever beating Barcelona 4-3 coupled with a 7-1 thrashing of Porto in their quarter-final.

The final promised to be a classic, in fact it was a horror show. Liverpool won 2-0 with only two shots on target one of those a penalty in the first minute with team enjoying only 38 percent of the  possession. Klopp was following Jim Gavin’s mantra of 2015 that finals are for winning!

So on Sunday past we had two county and provincial champions clashing in Croke Park for the greatest prize in club football. The stakes were extremely high, one club going for a historic three in-a-row, the other going for their very first. Both clubs were there to win the game not entertain those in the stand or at home watching.

Kilcoo set up exactly how I felt they would and that kept the game cagey, tactical, tight and allowed them to manage it on their terms early on.

As underdogs the last thing you want is a slow start and to find yourself four or five points behind and chasing. They deployed Niall McEvoy, as they have done all year, as a forward despite being listed as number four and pulled him back to play as a permanent sweeper, using his experience and his tenacious tackling ability to provide double-up defending whenever he could.

Kilcoo, on numerous occasions in the first half, pulled most of their forward line back, including Conor Laverty who used his guile and experience on the ball from deep to try and control long periods of possession.

To Kilcoo’s credit they kept probably the greatest club team in history to just a sniff of a goal chance and to only two scores in the first half. The problem being, when you are such an underdog and when you decide to defend so depth with numbers you need to maximise your own scoring chances and Kilcoo will be disappointed that they didn’t capitalise on some great chances both from play and placed balls. That could have given them an even greater chance of upsetting the odds.

The sending off so early in the second half left Kilcoo with a very difficult situation, they couldn’t press the Corofin kick-out like they wanted too and they also consumed a lot of energy chasing a game that at one stage looked to be getting away from them.

However like all games, there comes a time when game-plans and systems go out the window and there is a frantic period where pressure creates panic and that’s exactly what happened the Connacht champions so late on. With so much at stake, they didn’t want to let go and were willing to do anything it took to get them over the line.

The strength and depth of the Corofin bench and maybe the added experience, coupled with Kilcoo having expended so much energy chasing the whole second half with 14 men, led to an extra-time collapse.

The Mourne men can be very proud of their efforts. I have watched Kilcoo win seven of the last 10 championships in Down, they are a very driven club.

This year in Down they were involved in classic encounters with Burren winning a high scoring replay 2-12 to 2-10 while the county final against Warrenpoint was a brilliant game, won 1-12 to 0-14. In the Ulster final they scored 2-11, scoring goals was a big strength throughout their whole campaign, including two against Ballyboden in the All-Ireland semi-final.

That was something Corofin were particularly wary off and was one of the reasons they set up so conservatively themselves. Important to note though, for all the propaganda about this great Corofin side, and be under no illusions they are a phenomenal side, this year they won their county title 0-11 to 0-8 and they only averaged 11 scores a game in Connacht. They couldn’t muster any more than that in their All-Ireland semi-final.

They clearly showed in the final against Kilcoo that they are as defensively organised and as cynically versed in the dark arts as all great teams!