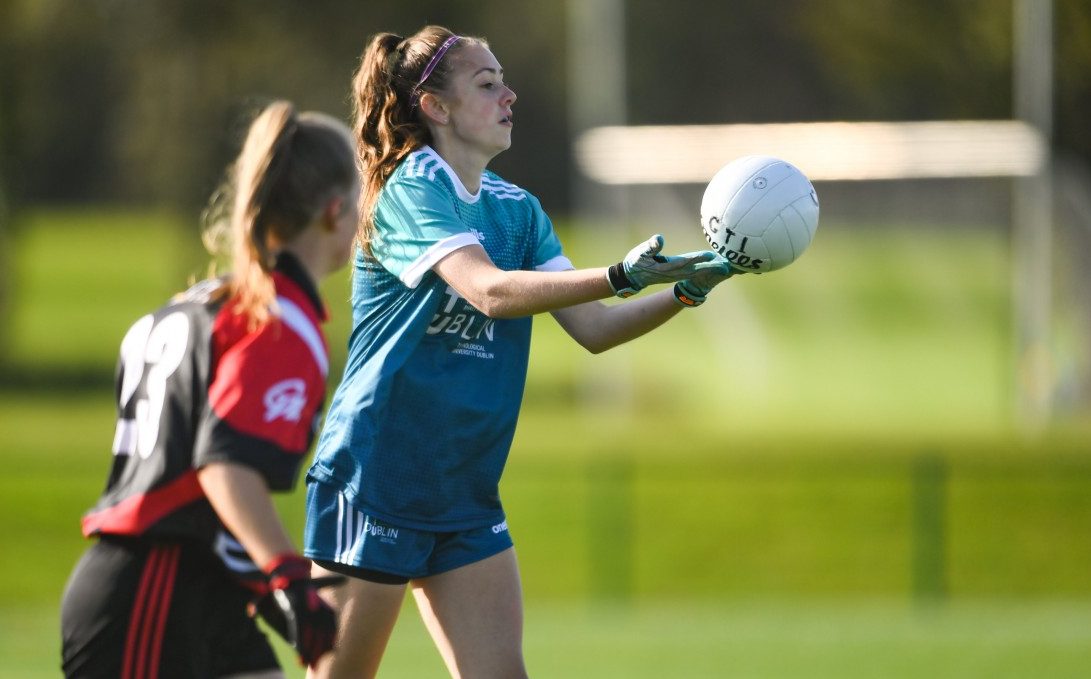 THIS past week has got me really thinking about how we can improve the skill levels and enjoyment in our youth games within our schools and clubs. I personally feel the value of a good, well-organised  blitz is severely underestimated.

Just this week I organised and co-ordinated a Year 8 (11-year-olds) Ulster Schools Regional Blitz in St Joseph’s, Newry. The Ulster Schools have asked for schools, particularly at Year 8 level, to cut back on the competitive 15-a-side games and try to organise and promote smaller-sided games with less emphasis on winning but more on development and participation.

The schools participating in our group were ourselves (St Joseph’s, Newry) St Louis, Kilkeel, St Mark’s, Warrenpoint and St Joseph’s, Crossmaglen and it was played on condensed pitches at 9-a-side so we had 18 players from each school playing at once.

They were 10 minutes a game, no A or B teams, just Ogs and Gaels. We had a two touch rule, scores were flying in thick and fast, no player was totally dominant, everyone got their hands and feet on a ball and the games, most importantly, were all played in the spirit and reverence the game deserves and the emphasis was on maximising participation and facilitating development.

One young pupil who only recently began to play club football and is really enjoying his football and never misses school football twice a week, provided me for my inspiration this week.

I said to him after the development blitz this week, “What did you think of today?” his reply was simple but brilliant, “Loved it Sir, we played loads of games, I got loads of touches and it was real fun.” The innocence of it all is plain to see but also just shows what young players really want and it’s what our young players’ games should be all about.

Interestingly in Spanish underage soccer, and I have made this point a few times, there are actually no full-sided games under the age of 14. This is very interesting considering that they probably produce some of the most technically gifted footballers in the world.

Now it may not just be down to the fact they play small-sided games and monopolise the volume of touches players get but it surely has a positive impact of some sort. At the end of the blitz, a few of the schools decided to play a 15 v 15 game against each other and the difference was astonishing, you could clearly see what game served the young players better, it was clearly the small-sided games.

I feel as coaches within our clubs and schools we should strive to organise these blitzes as much as possible, whether it is just among local clubs or schools, clubs in the county, other clubs or schools in Ulster or even an in-house blitz if numbers are large enough. They are priceless. Do we need to be playing 15-a-side at u-12/u-14? Can we not even go to 11-a-side, which is two players in every line on a condensed field, where players will receive more touches of the ball? It will promote more space therefore encourage more kick passing, it will create more 2v1, 3v2 situations, multiple scoring opportunities, more decisions to make, better special awareness, fitness with the football, the list is just endless.

When we are coaching young people keep it simple – never ever dream of taking a session without a ball.

Young people are not mini adults and any fitness or endurance work should all be completed with the ball. Base and build your session round games whether that be small-sided games or larger games with conditioned rules built in.

Work on the basic skills of the game in the warm up and get young people into good habits early by always completing a 10-minute dynamic warm-up and some form of a cool down.

Make sure that the young people in your care leave your session having smiled and experienced some form of fun. Never underestimate the impact your words can make on a young person’s self esteem, they might not remember what you said but they will remember how your words made them feel.