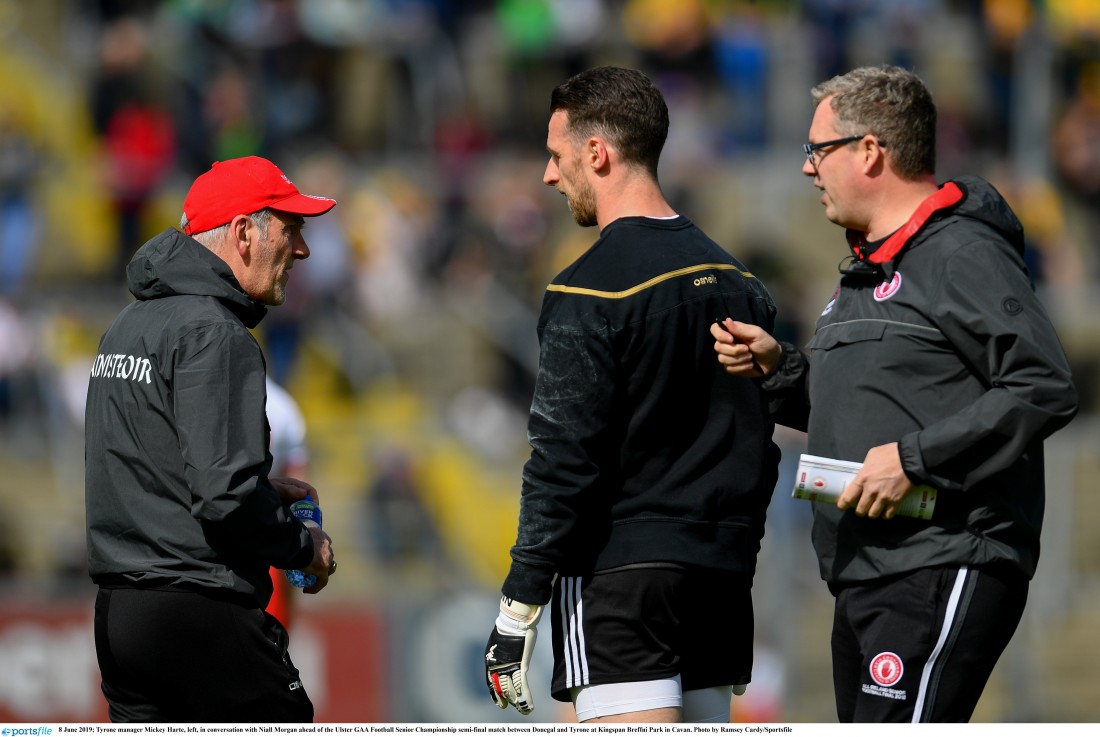 The ‘Super Eights’ start this weekend and I have to say despite all the doom and gloom that continues to surround our game at present, including the talk of tiered championships and the Dublin dominance, I am actually really looking forward to the games.

I plan to travel to Croke Park on Saturday and Sunday week for the middle four games in both groups, which will probably ultimately determine the top two placings.

This weekend could also go a long way to defining the outcome for most of the teams. I think this Saturday’s clash between Mayo and Kerry will dictate who goes through in second place in Group One.

Donegal, for me, are favourites to win the group. My reasoning behind it is that they possess three of the best forwards in the country right now, they swatted aside everything in Ulster which remains the hardest province to win, and Meath and Kerry simply don’t have the defensive capabilities to put the shackles on McBrearty,
Murphy and Brennan.

I have watched Mayo three times this year and I am not fully convinced that they are young or fresh enough to sustain a challenge over the course of the next four weeks to bring them back to the showpiece event in September.

In Group Two, Tyrone v Dublin in Omagh could decide the group and I have a sneaky feeling that Tyrone could possibly topple the Dubs in Omagh if both teams have qualified at that stage. I am convinced that we will have a repeat of last year’s All- Ireland final in this year’s decider.

Cork and Roscommon are two teams who have raised my eyebrows with their swash-buckling approach to games, really going at teams and playing a very direct style of football, but I feel Dublin and Tyrone’s collective defensive capabilities and tactical astuteness will suffocate both attacks and wear both down.

Tactically I felt Mickey Harte delivered an absolute tactical masterclass on Saturday past against Cavan.

Firstly, like he normally does, he got his key match-ups absolutely spot on, but the most interesting tactical observation came on both team’s restarts.

Against Donegal in the Ulster semi-final, Tyrone’s own restarts were dismantled and Donegal retained almost 100 percent of their own. When that happens, you have a very slim chance of winning, I made the observation on ‘Off The Ball’ shortly after that Donegal game that they had to go zonal on opposition kick-outs and also work
harder at retaining their own kickouts.

They reverted to a high aggressive zonal press against Longford and Kildare. Indeed against Longford, they got a goal directly off the Longford kick-out but against Cavan they strategically allowed the Breffni county to hand the restart to their corner-back, eliminating Cavan’s superior physical threat further out around the
middle third of the field.

The Tyrone inside forwards delayed the man in possession long enough to allow them to set up defensively and set up the spider’s web for Cavan. Morgan, on the other hand, faced with a super aggressive Cavan press, either went over the top of the press or took huge risks going short, something he will need to do if they face Dublin who possess the greatest press in the country along with Mayo.

Back in March 2015, I sat in Croke Park and watched Tyrone draw with Dublin in a rip-roaring encounter that saw Tyrone introduce a new system that centered around a transition platform coming from deep with pace and power and excellent ballcarriers.

This plan has been building and evolving every year since but for some reason they decided to slightly deviate away from it this year despite it getting them to an All-Ireland final last year, a game in which they led Dublin 0-5 to 0-1 after 20 minutes let’s not forget.

They have the same personnel as last year but a lot of positional changes, the most obvious of which is Cathal McShane’s deployment at full-forward.

What I mean by that, teams have a perception that Tyrone have changed, but since the Donegal defeat they have gone back to what they know best, defending in numbers from deep, running the ball hard and running up big scores – 2- 15, 2-22 and 1-20.

Whether it’s the paying public, the barstool supporter, rival supporters, the media, we have to stop looking back in our games and look forward – the days of aimlessly kicking the ball the direction you are facing are finished.

The ‘modern game’ has evolved, be under no illusions, it’s no different in Dublin, Kerry or Mayo than it is in Tyrone or anywhere else. All these counties are now deploying and operating with an organised defensive plan.

The game now is better than it’s ever been in my opinion, players are faster, stronger, quicker and every player is coached to be extremely efficient and effective on the ball, whether that be the corner-back, corner-forward or even the goalkeeper.

Public perception of the current champions Dublin might be of this swash-buckling offensive play, the way the game should be played, but don’t be fooled, they are one of the best defensively organised teams in the country.

However, they transition from defence to attack so quickly that it creates the illusion that they are all out
attack.

Jim Gavin’s men have a mental superiority over most teams in the country but in particularly in Leinster.

It’s embarrassing for some of the perceived bigger names in the province, but one thing is for sure, if Tyrone continue to steadily improve and play the way they currently are Dublin might have a proper battle in Omagh in three weeks’ time.