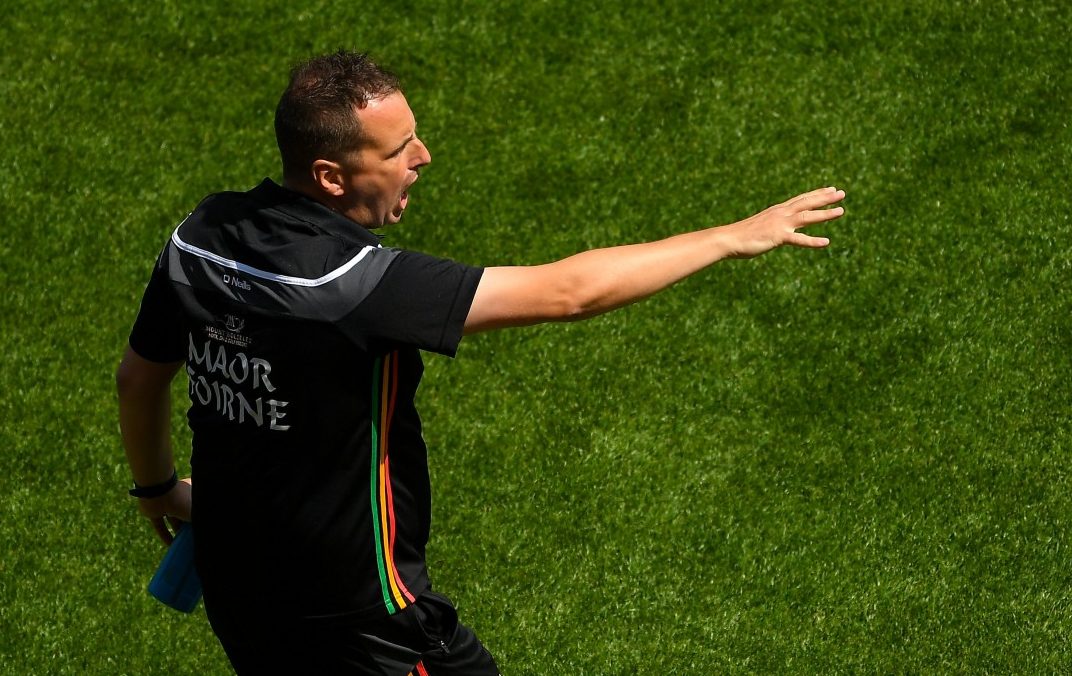 As I drove the near 250-mile round trip to see Turlough O’Brien last Saturday to inform him of my decision to step down as Carlow senior football coach, it evoked so many fond memories for me.

Even the drive down use to be entertaining, from getting the ferry across from Kilkeel after school to Carlingford to cut off 30 minutes and avoid the Newry traffic, to dodging speed cameras on a Sunday morning at 8.30am on the N7 at Naas. From stopping at a different service station to sample all the different coffees and negotiating the way through the snow in zero visibility, it makes me ponder sometimes how I bloody sustained that journey for three full years, three days a week!

Leaving school on the bell at 3pm sharp to try and get to that dreaded M50 before 4pm, some days the journey would take one hour and 45 minutes, other days it could take up to three hours.

What made the journey bearable though was knowing you were coming down to coach in a very relaxed environment full of great people and personalities, none more so than Turlough O’Brien. Ironically this Saturday I will host my annual school coaching day in St Joseph’s High School in Newry at 10am when I hope to have a huge volume of coaches from all over the country in attendance to witness a top class line up.

The day originated in 2009 in St Columban’s, Kilkeel and indeed it was around five years ago in Kilkeel when I saw the very first CW car registration in the Mourne region.

Turlough and his sidekick Tommy had travelled down to attend the coaching event such was their passion and love for Gaelic games. They always wanted to learn and grow as coaches like us all.

From there a fantastic bond and friendship was formed, and it wasn’t long before I answered his call to travel to the sunny south east and take a session. In 2016 I took four guest sessions before their championship games including one in Abbestown before they played Cavan in the Qualifiers that year. I saw enough potential to realise there was something there.

In the winter of 2016 Turlough had suggested I come down the following year on a more permanent basis and I decided to give it a go. In November it was every Sunday, then December Tuesday and Sunday and then during the league and championship it was three times a week.

That 2017 season was great. Despite just missing out on promotion we had the best championship run in 70 years, playing five games that season including games against Dublin and Monaghan live on Sky Sports.

The following season started in November again but you could see the buzz was still lingering there from the taster they got from the 2017 summer to remember. Tiny Carlow, story of the summer 2017, it surely couldn’t be repeated, how we were so wrong!

The immediate goal for the group in 2018 – and it was commonly shared among us – was promotion and nothing less. After six wins from six and the best score difference in the four divisions that year, we won promotion in Belfast with a game to spare.

The meal was in the Canal Court in Newry, special for me to be able to share the success of my adopted county in my home town with family and friends.

The Carlow team bus driver for the majority of away games is Jim Foley. Jim is the father of Carlow footballer Darragh, and is the most passionate supporter you will ever meet.

The evening of the promotion, Jim managed to convince the wife Marie to travel back with the team to Carlow that evening to join the promotion party, after promising her he would drive the Carlow team bus into a small cul de sac where we lived in Newry so she could grab her overnight bag. And that he did!

A championship demolition of Louth was to follow before the performances of all performances against Kildare, Carlow dismantling their near-neighbours in a text book performance, tactically, physically and mentally destroying them in all departments.

Unfortunately we fell short in the Leinster semi-final that year to our nemesis down the road Laois, who would become a thorn in our side, but it was still a remarkable year, and to finish the year off in style we welcomed Ulster kingpins Tyrone to a sun-soaked Netwatch Cullen Park that was packed to the rafters.

The 2018 season was certainly a year not to be forgotten in a long time in Carlow’s history, their best year in nearly 75 years.

Last season wasn’t to reach the heights of 2018, unfortunately we were dealt a very rough hand with the injuries we got to key personnel and despite being top of a super tight Division Three after two games, we let two games slip away against Longford and Offaly before toppling league leaders Louth on a Saturday night in Netwatch under the lights and the stand rocking.

It set us up beautifully for the visit of the then new league leaders Down and such was how tight the division was, a win would have propelled Carlow into the promotion race on the last day and a draw totally safe with a game to spare.

It was a surreal ending to a game of football and one that will always leave a sour taste in my mouth. Despite equalising nearly six minutes into added on time, the referee continued to play on before awarding Down an extremely soft free kick which they converted.

It went to the last day. With our old friends down the road in Laois needing to win to promoted, Carlow just needed to match Offaly’s result to avoid the drop.

For the first half we played them off the park but just couldn’t convert our chances and found ourselves three points down at half time. Three was to be the difference and with Offaly’s 75th minute winner v Sligo we were relegated on the basis of a poorer head-to-head.

It was a disappointing end to what had been a glorious few years and one I won’t ever forget, as enjoyable a coaching journey I will probably never travel again.

From Aughrim to Antrim, from Leitrim to London, from Tullamore to Tyrone and from Carlow to Croker, we travelled the country and beyond.

They say you will never ever know the true value of any moments until they become memories, well I can tell you now, we made memories together to last a lifetime. Ceatharlach Abu!