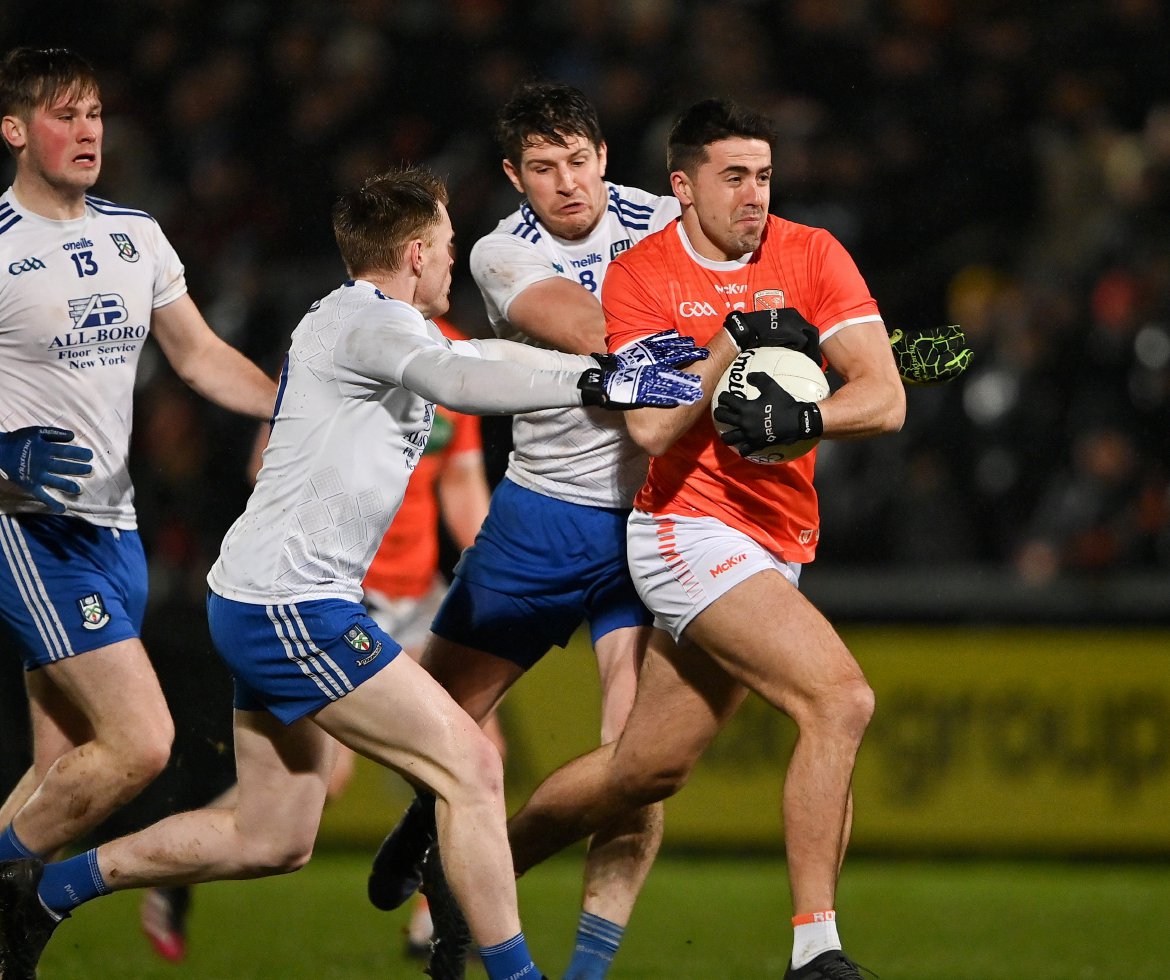 NICE AND CALM...Steven Poacher has been impressed with Armagh’s play so far this season

IN most games of Gaelic football nowadays moving the ball through the hand dominates. In fact, in an average game there can be nearly 400 hand passes throughout the course of the match and maybe only 40 or 50 kick passes, if even that.

There is nearly a fear of giving possession away and this exists at all levels but particularly the highest level of football where so much is at stake.

For example in soccer, the goalkeeper seldom kicks the ball long. It’s played short to regain possession at all costs and this is despite some teams not technically being able to cope with playing out from the back.

Back in the day the good old catch and kick the direction you are facing or ‘route one’ football existed in Gaelic. It probably still exists to an extent now, but not to the same degree of 20 or 30 years ago. The introduction of turnover counts and possession counts from stats men put players under pressure not to give the ball away.

Soccer and rugby have long both evolved too, long gone are the days of the Jack Charlton era where the grass was grown longer in the corners to allow a long ball over the top to slow up and pen the opposition in. Although an element of Jack’s mantra of “put ‘em under pressure” is probably seen now with the high pressing of Klopp and Guardiola’s side and to a lesser extent Biesla.

Times have certainly changed, white boots now exist in soccer and rugby and we regularly see flair players dominate in both codes.

Personally I feel it’s important for a team to be able to adapt and change their style during a game particularly depending on how the opposition team set-up against you.

A team who are coached to play only possession football definitely won’t be able to shift automatically to a direct style during a game; it needs to be coached in training in order for players to become accustomed to it.

Of course having good players and smart players can help too as their ability to change their style of play during a game or at half time can reap rewards and a more direct approach may pay off, for me this is called excellent game management by players.

Don’t get confused with the direct approach being “lump it into the big man”, this can be a more penetrative style of attack with an injection of pace and substance to the attacks.

Some brilliant examples have been emerging in the early rounds of the National League, you can see patterns developing in how teams are trying to play.

Take for example the top of Division One. You can clearly see the two teams sharing top spot, Armagh and Kerry, are trying to play a head up, look forward and kick into space style if the opportunity arises.

They are equally assured at keeping possession of the ball and being cool, Armagh regularly using the call ‘smooth’ provided last year by Kieran Donaghy – a basketball call that encourages the player in possession to slow things down and set up a slow play if the opposition are set or a particular part of the game needs managed.

The top sides in the National League, the Armaghs, Kerrys, Galways, Derrys etc, are all assured at decision making in possession.

There was a great clip at the weekend of Derry’s goal from Benny Heron. It started with a Cork missed chance but it was the injection of pace from Chrissy McKaigue, who had just gained possession and realised quickly he could play direct. He took a one-two and set up a great chance which led to the goal.

Derry, as I witnessed against Down in the first game, are just equally equipped to set a slow play, with width on both sides, making hard unselfish runs to create space and open up scoring pockets but the large majority of the time these possession bouts be it short or long end in a scoring chance.

Donegal have faced a large amount of criticism for their style of play last Sunday against Kerry, when in fact it was near close to perfect for the first half of the first half.

Donegal played into a gale force wind away to Kerry without some key personnel. Long bouts of stagnant possession meant Kerry couldn’t hurt them, and halfway through the first half Kerry looked a little frantic as the score only read 0-3 to 0-2.

The problem for Donegal though was that this stagnant, laboured possession game continued in the second half and with no variation, pace or power to their transition and it turned the game very ugly for them.

Whatever method of possession your team decides to employ, it’s important at some stage during the possession play to penetrate with an injection of pace. Have substance incorporated because you want to end in a scoring chance. 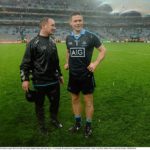 Steven Poacher: How to implement an effective kick-out strategy