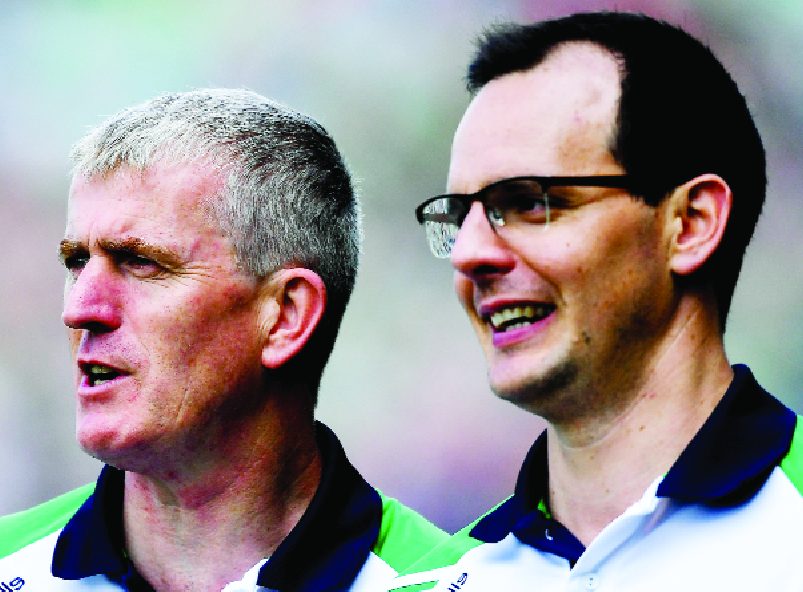 Round three of the football qualifiers didn’t throw up any surprises. Clare defeated Westmeath but that wasn’t a surprise to me.

Clare are a team who have been extremely consistent performers in Division Two and have, in my opinion, been an established top-12 team for the past four or five seasons.

Tyrone, as I predicted a few weeks back after the Donegal debacle, reverted to type, did what they did best and defended from deep in well-organised numbers and broke at pace against a Kildare side that never seems to learn their lesson.

It was also notable to see Tyrone abandon their man-to-man approach on kick-outs and revert to a more aggressive high zonal press. If they continue playing this way I have no doubt they will be in the last four.

For me though the eye-catching performance wasn’t in the football but in fact the Munster Hurling final on Sunday. I was absolutely glued to it.

I will be the first to admit I am not a huge hurling fan but I couldn’t help but sit and admire the magnificent levels of game sense the Limerick players demonstrated the whole way through the game, the one and only hurling team I have seen play the game in this way.

They seem to play through every line of the team, starting from full-back with an emphasis on keeping possession, creating space and exploiting space. This is coupled with wonderfully superb conditioning levels and that creates the perfect storm.

It comes as no surprise to me how effective and attractive a brand of hurling Limerick play. They are coached by Paul Kinnerk and for those readers who don’t know Paul, he is a former Limerick senior footballer. A fully qualified PE teacher, he recently took a break from teaching to complete a PHD at the University of Limerick in the area of Pedagogy (the method and practice of teaching in sport).

He completed a study with 12 senior inter-county coaches last year to analyse their approach to coaching. I was fortunate to be one of those 12 and met Paul last year for a couple of hours in Carlow one afternoon before training,

I could have spent a couple of months chatting to him about coaching. Despite coming from a football background his passion is coaching and as he has said himself in a previous interview, “I first went into hurling with Sixmilebridge and from there Clare minors, u-21 and seniors before Limerick. I suppose my passion would be in coaching full stop.”

Paul’s degree in Physical Education has obviously helped him but it his reluctance to never stop learning that I admire about him, his openness and willingness to learn from other sports can only help.

Paul has beliefs on how the game should be coached, he believes there shouldn’t be a separation between the tactical side and the skills side, he believes in putting players into situations in training where they are posed with tactical problems where skills and tactics are developed together.

He calls it game sense, where players have to react and solve tactical problems for themselves and whatever is placed in front of them during the game, they have the capabilities to adapt and understand aided by the fact they will have experienced and discussed these wide range of scenarios on the training field.

I have been a huge advocator of learning and growing from watching other sports and other coaches. Paul is no different: “I think the day we stop learning as coaches is probably the day you’re finished. You should be looking at different things, for example Aussie Rules, basketball, soccer, see their approach to training, or their patterns of play, anything that is of interest to us.”

I agree wholeheartedly with him. Take rugby for example. The World Cup is this year, the best team in the world are the All Blacks.

Back in 2003 when England and Australia contested the Rugby World Cup final, the All Blacks looked at their inability to make correct decisions on the field at critical moments.

They agreed they were over-coaching players and felt they had to empower the players to the point in training that they ran the game and not the coach.
For approximately the last 10 years the All Blacks have been using this games sense approach to training and coaching and it is clear to see the results on the field.

When taking your next session why not take a risk? Try a game sense approach, post warm-up, design a game that simulates or resembles a game-related situation. Let the players explore it, question and challenge the players, modify or if you have to even simplify the game and look to solve the problems identified.

Progress the game, challenge the players even further and finish with a full game if you can facilitate it. I remember reading a quote about good coaching that said, “Good coaching is taking players out of their comfort zone without taking them out of their depth.”