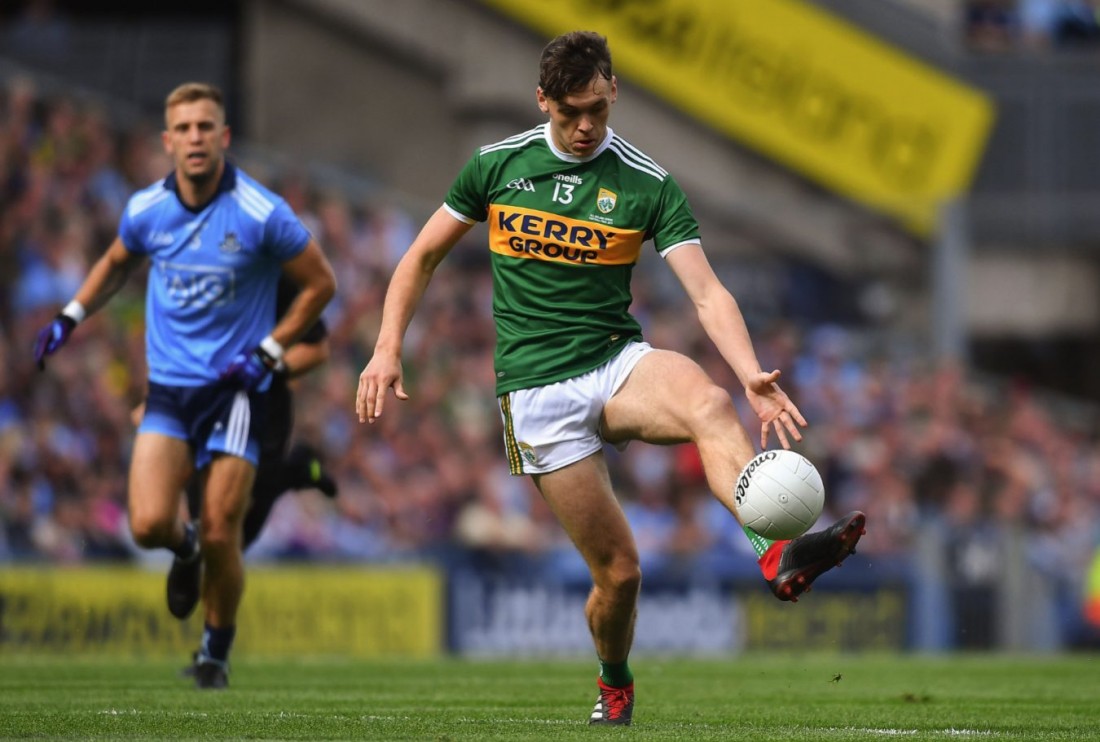 In most games of Gaelic football nowadays there is an obsession with moving the ball through the hands. In fact, in an average normal game there can be nearly 400 hand-passes throughout the course of the match and maybe only 40 to 50 kick-passes. The ratio is around the five to one mark.

There is nearly a fear of giving possession away and this exists at all levels but particularly at the highest level of football where so much is at stake. If you examined Kerry’s approach for the majority of the game on Sunday past compared to the last seven or eight minutes when the prize at stake was priceless, you can see clearly fear of giving it away took over.

Gaelic football and most other invasion games have now evolved to the extent that in all these games possession of the ball is now looked upon as being critical. Kick-outs, sidelines and deep-lying free-kicks have long been relabeled ‘possession restarts.’

Another indication of a team’s obsession to retain possession of the ball, even in other invasion games like soccer, is that the goalkeeper seldom kicks the ball long. Instead it is played short to retain possession at all costs and we see that even more now with the influence of Pep Guardiola. He even wants to create goal chances off a kick-out.

There was a day when the good old catch and kick or ‘route one’ football existed in Gaelic. It probably exists to an extent now but not to the same extent as 20 or 30 years ago.

Soccer and rugby have both evolved too. Long gone are the days of Jack Charlton era where the grass was grown longer in the corners to allow a long ball over the top to slow up and pen the opposition in. Times have changed, white boots now exist in soccer and rugby and we regularly see flair players dominate in both codes.

Personally I feel it’s important for a team to be able to adapt and change their style during a game, particularly depending on how the opposition team sets up against you.

A team who are coached to play only possession football definitely won’t be able to shift automatically to a direct style during a game. It needs to be coached in training in order for players to become accustomed to it.

As soon as Kerry started to play possession football late on last Sunday, Dublin pounced with a savage press despite being down to 14 men. How many times have you seen this happen where an opposition are trapped in a certain way of playing and can’t get out and press effectively? Of course having good players and smart players can help too as their ability to change their style of play during a game or at half-time can reap rewards and a more direct approach may pay off. For me this is excellent game management by players.

Don’t get confused with the direct approach being about lumping it into the big man. It can be a more penetrative style of attack with an injection of pace and substance to the attacks.

Here is a conditioned game you can use to help your team become more direct:

Play a 13v13 game at training on a full pitch. Put a time limit (e.g.10 seconds) on a team when they gain possession of the ball. The time limit represents the time the team has to work a scoring opportunity from wherever they gain possession. For example, when the team wins the ball from opposition in their half-back line, they have 10 seconds in order to work a scoring chance.

This game will hopefully discourage sideways football and get players to act more decisively and directly whether that be moving the ball forward or carrying the ball forward. Obviously for size of field, numbers and age groups vary the time limit. Make it more or less, you decide!