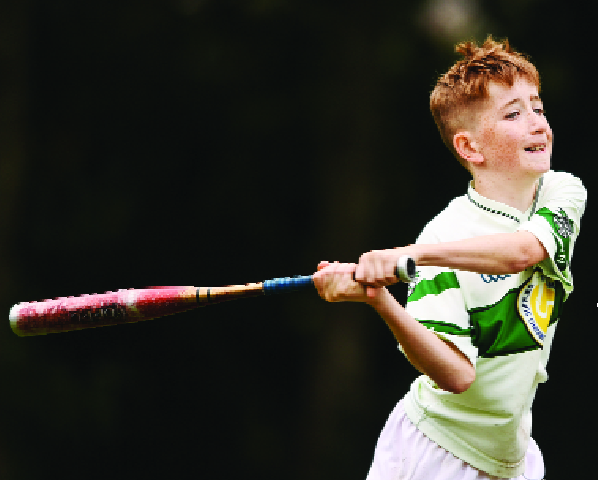 THERE always a lot of debate over methods to coach young children, particularly those in the very early stages of their development.

Should it be the traditional approach to coaching, where a skill is taught, broken down and used at beginner levels to help them understand and learn the correct technique?

Or is it the games-based approach that empowers young players to solve problems that arise in games and allows them to discover and explore a range of methods which is a large part of the fun in learning.

Some may argue, you need a balance of both methods, but a traditional only approach won’t allow for the transfer of skills to game like situations. The reason for that is that there is generally an overemphasis on technical skills and direct instruction coupled with mindless boring drills which lack specificity.

A games-based approach on the other hand will allow the coach to design game-specific situations. Players will use the technical skills in game-like scenarios and players will learn through games and enjoyable learning situations. It is a much better rounded holistic approach to learning for the young player incorporating a guided discovery.

It is is only a decade ago that a game-based approach to training was being pushed for the first time by Croke Park, but this is not a new phenomenon.

Back in 1982 in Loughborough University, researchers Bunker and Thorpe developed a concept called TGfU, which stood for Teaching Games for Understanding.

It was a concept built around teaching children games by playing games, with a child-centred approach where the leader acts as a facilitator and the participants make their own games in order to maximise the level of challenge and fun.

More recent studies of TGfU have identified six basic concepts;
1. Teach Games through Games.
2. Break Games into their simplest format – then increase complexity.
3. Participants are intelligent performers in games.
4. Every Learner is important and is involved.
5. Participants need to know the subject matter.
6. Need to match participants’ skill and challenge.

Rather than just teaching GAA-specific games, games should be separated into four different categories:
1. Target Games – Players propel an object, preferably with accuracy at a target. I played a target game recently in Primary schools called call defend your cone where players tried to knock opposition cones over.
2. Net/Wall Games – Players propel an object into space trying to make it difficult for an opponent to return it. A simple example may be, football or hurling tennis using a line of poles or cones as the net.
3. Striking/Fielding Games – Players strike an object so its placed away from defenders in the field. This time of year, football rounders is always fantastically popular and its benefits are enormous.
4. Territory Games – Games in which players try to invade an opponent’s territory to score. A simple fun game I play with Primary school children is called defend your square.

If young children are exposed to a range of the above categories of games, then they’ll improve their fundamental movement, technical skills, tactical skills and problem-solving skills.

They will become literate in a variety of games and activities and will gain a broader understanding and competency of the skills, tactics and movement associated with playing a wide range of sports.

It’s important to remember though, that not all children prefer activities that involve team play, and we must cater for those children by offering plenty of opportunities for fun through the development of fitness and movement skills to hopefully help promote a life-long active lifestyle.. This can be achieved very simply by incorporating fun movement games that encourage and develop all fundamental gross motor skills, like running, jumping, rolling, landing, skipping, crawling and climbing. These are all skills that have been severely hampered as young children begin to spend less and less time in the outdoors. We can argue about coaching approaches and methods all we want but we should all be carrying the same message of encouraging all our children to get active!