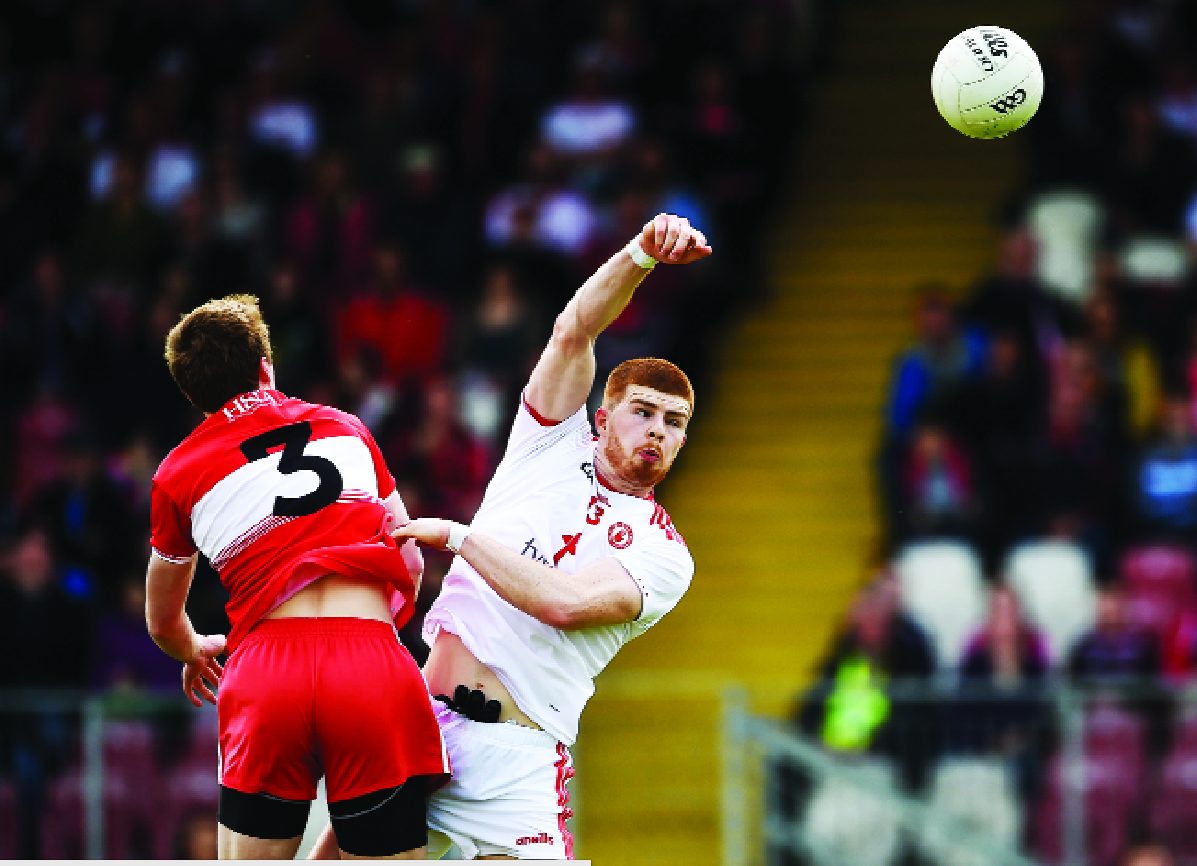 On Sunday past I was listening to the Armagh v Cavan game on Sunday Sport while travelling in the car.

While radio makes for an exciting listen, it is only when you watch the game on TV do you get a full appreciation of the tactical and strategic battle between the teams – and you get an even better analytical outlook is if you are actually at the game.

There has been a hysterical reaction to the first couple of Ulster Championship games as if Ulster has suddenly awakened from the slumbers.

Whatever about that, for me, one of the reasons Ulster is so competitive is the standard and quality of coaching and tactical awareness. Sometimes the actually quality on the field may not be at a premium level but nearly all the counties on their day will be competitive and can give themselves a chance to win the game.

Last year one of the best games in the Ulster championship was the high scoring encounter in Omagh, when Monaghan beat Tyrone on a score line of 1-17 to 0-17 with Conor Mc Manus displaying some of the best point taking we witnessed all of last year.

In the following round, Monaghan were defeated by Fermanagh who produced an unbelievably organised and disciplined defensive display to prevail by the minimum. In the All Ireland Semi Final later that year Tyrone avenged their Ulster defeat by beating Monaghan 1-13 to 0-15 with Conor Mc Manus nullified by a superb individual and collective display of defending.

Herein lies the issue for me and the stigma attached to Ulster football – it is perceived as being predominantly defensive and unfortunately in the analysis of our game, good defensive displays don’t get the same recognition as good offensive displays. It takes a good balance of both for a team to be successful and takes an enormous amount of hard work and coaching on the training field.

For me offensive play in Gaelic Football takes the form of two patterns – you either run the ball through the hands or you either kick the ball, you cannot attack any other way. The top teams will be able to do both effectively hence why you seen a little change from Tyrone in the national league operating Mattie Donnelly and Cathal Mc Shane as point men to give themselves that option to kick long if needed.

There are obviously a number of offensive strategies that teams like to adopt when they play. Some teams will play a 2 and 2, which means two players on the 45 and two inside, with the two wing forwards nearly operating as extra midfielders.

Some teams will like to play with a traditional 3 inside encouraging lateral movement and encouraging early direct ball,while others will favour a triangle formation with a 1 on the 45 and 2 inside. Some will go the opposite and play 2 and 1.

Dublin’s offensive strategy is very interesting – they nearly operate with a basketball type mentality. With the key representing the D, there is a basketball offensive formation called 4 out, where four players are outside the key moving the ball around the cordon at speed with a player inside vacating the key and being replaced by one of the four making an incisive run through the key.

You can clearly see when Dublin attack, particularly against zonal defences they do use a lot of basketball type plays including the one I just explained. They incorporate serious width in attack, their speed of ball movement is top notch and the multi-directional running is sensational to watch at times.

So what aspects of attacking play are we as coaches looking to develop in our team? I feel the following five aspects are important:

1. Depth – It’s vital to have depth in attack i.e. a point/target man which will give your midfield/half forward line options. A number 11 who provides a crucial outlet across the oppositions 45 is another pivotal aspect of depth in attack and something that is currently scarce in the modern game.

2. Penetration – Either passing or carrying the ball at pace in your own half and the oppositions half of the field, the quicker you make the transition from defence to attack the less chance the opposition has in setting up any defensive cordon or shield.

3. Multi Directional Movement – A static/linear forward is easily marked, but players who pull defenders wide and create space for others are vital in the attacking third. Watch the top forwards in the country – they make 3 or 4 decoy runs before the decisive run.

4. Inventiveness – Players, who do something instinctive, outside of the norm, who change styles and positions during the game. A real creative flair player should be encouraged to play the game as they see it not tied down in a rigid offensive system, let them express themselves particularly in the final third of the field.

5. Communication – Vital everywhere in your team but particularly up front, even a hand signal or a point showing where you want the ball can be critical. Communication between your front men, knowing when/where to make that run.

One such game involves using 3v3 inside and 5v5 inside the two 45 metre lines. Play starts with the coach throwing the ball in, players inside must make three multi directional runs before the ball can be delivered inside. Once in possession the three men inside must either make 1 pass between themselves before scoring or off load to a runner coming from deep.

As soon as that play ends, a coach is beside the goals to feed a ball to the defending team to work on that quick transition from defence to attack. The team now in possession is heading back out towards the half way line where they have two portable goals with two options of a score.