Advertisement
HomeTraining ZonePG the PTPG the PT – How much weight should you be lifting in June?
Advertisement 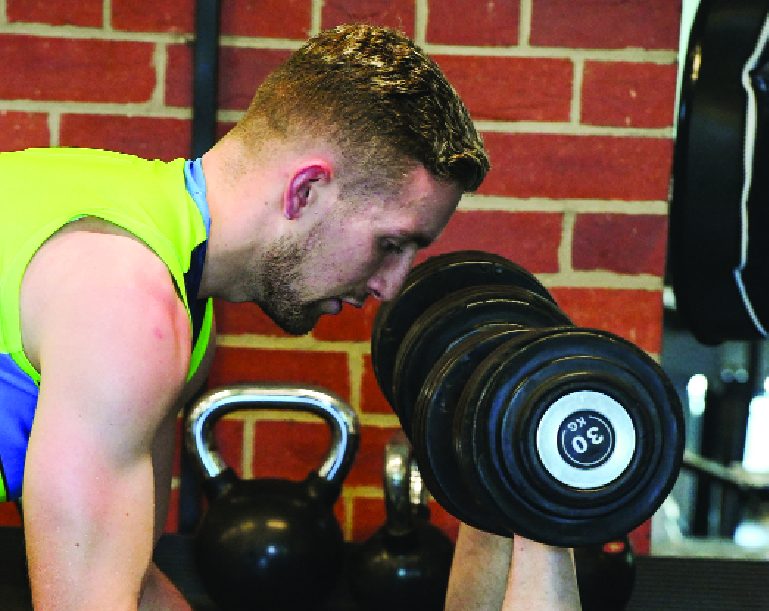 THIS time six months ago, early January 2019, saw the start of an awful lot of pre-season training programs. There’s a hunger to get stuck into the gym post-Christmas that keeps men honest.

The lack of football means that the primary focus for most is putting weight on the barbell and getting strong.

Fast forward to June, six months have passed, plenty of football has been played and the days of living in the gym, having deadlifts for breakfast and chin ups for dinner have been and gone.

For a lot of club players who were given programs to follow at the start of the year the summer swings around and there’s a bit of head scratching going on as what exactly they should be doing with their time in the gym – outside of prepping for the summer holidays with an abundance of arm curls and benching pressing.

The reason I’m covering this today is that I got an email from a club player down in Galway that got straight to the point – “I’ve two sessions on the pitch with the club and a game at the weekend.

I know I need to be doing something in the gym but the only program we got was in December last year and I don’t think I should be following it now. Or maybe I should? I haven’t a clue and that’s why I’m sending this email.

What should I be doing in the gym over the summer?”

He’s right in what he’s saying, he shouldn’t be doing his pre-season weights program.

His goals are different now, the overall training load is different and he would not get the same benefit he did first time round with all those different variables.

Where the confusion lies is that what you should be doing isn’t a million miles away from what you had been doing.

Every strength program should contain some form of squatting, hinging, lunging, rotation, push and pull. It’s how the load, volume and intensity is applied that is the main difference.

In pre-season the theme for strength programming is often a progressive overload, where weights and/or volume increases across a period of time that causes muscular adaptation – e.g. you start at a set weight, add a little to it week on week and get stronger by doing that. In season the focus shifts toward injury prevention and maintaining match sharpness, so a combination of big weight and big volume isn’t ideal.

If you’re unsure about what exactly you should be doing then reach out to a coach and ask for help.

Get a program that suits your own specific needs – one that takes into consideration how much work you’ve been putting into the gym up to this point, your overall training load, if you’ve matches all the way through the summer of if you’ve a big break, and everything in between.

That means you’re going into the gym with purpose and you’ll continue to follow the progression path that pre-season put you on instead of falling off it and being in worse condition at the end of the season compared to where you were at the start of it!