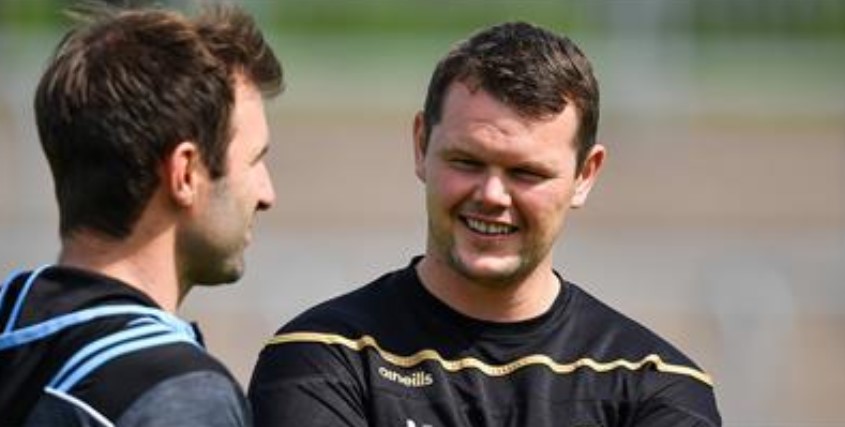 If history is anything to go what happens at county level eventually finds its way down to club level, albeit at a slightly smaller scale. In Tyrone we’ve seen the possible recruitment of the ex Ulster Rugby Strength and Conditioning Coach Jonny Davis.

Seeing someone who spent his career working with professional athlete’s transition across to work with amateurs – incredibly high level amateurs but amateurs nonetheless = is a clear sign of how close the top GAA sides are in comparison to their professional sports counterparts.

That Peter Donnelly has went from being in charge of the Tyrone Seniors and Academy strength and conditioning programs to the head of the Ulster Rugby Academies is something you would not have seen ten years ago.

Not only are the top GAA sides mimicking other sports, but other sports are accepting our coaches who have been working with amateur athletes as more than ready to lead their professional teams.

In Monaghan we’ve seen Ray Boyne stole from Tipperary hurlers by Banty to add an layer of statistical analysis to his coaching team.

Boyne’s work is famed within GAA coaching circles, having a hand in the recent success of the Tip lads and being integral to the early dominance of Dublin’s footballers.

The ‘high percentage’ shot selection ethos that have made the Dub’s the most efficient team in GAA history has a lot to do with Boyne’s analysis of the game.

The use of analytics in professional sport is omnipresent. It’s an incredibly useful tool when used well, ala Ray Boyne, but given the volume of information available unless you know exactly what you’re looking for, how to apply it to your style of play, training content and team selection it can be more distraction than focus.

Getting the right person to take control of this has the potential to be a difference maker at any level.
I had a conversation with a coach a couple of years back who lamented that club managers are trying too hard to copy county set ups and it isn’t feasible to expect an average club player to do what an intercounty player does.

To some extent I agree but that doesn’t mean there isn’t a template set out by the guys at the top of the game that we can’t learn from. Success leaves clues.

Follow the lead of the men who are competing at the top table –
• Stimulate, don’t annihilate.
• Recovery is key. You’re no good to anyone injured.
• Train with a purpose. Don’t go through the motions. Follow the program.
• Bad diesel, bad engine. Fuel yourself to perform, so put thought in to what you’re eating and get the most from your food. Don’t get left behind. You can still lead the charge when you’re following the pack.

Approach how you train with an open mind, put the work in and reap the rewards on the field!