Advertisement
HomeTraining ZonePG the PTPG the PT – Evolving training strategies – are you in the know?
Advertisement 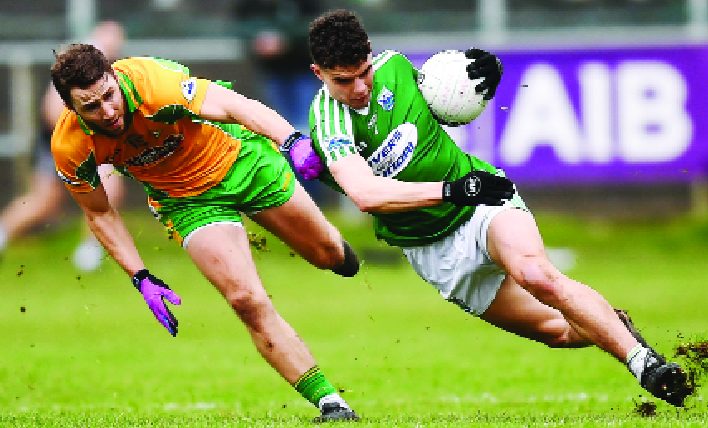 THE club game is changing. Training strategies are evolving and preparation for Championship, for some teams at least, is transforming how the concept of ‘Pre-Season’ altogether.

In last week’s Gaelic Life there was an article on how Gaoth Dobhair changed their emphasis to weights training with the singular aim of building a physically stronger team after being beaten by Corofin in the All-Ireland club semi-final.

Nothing particularly out of the ordinary there you might think, apart from the time they were doing it.

For most clubs it happens in the winter months when the idea of kicking a ball over the bar in a competitive game is a dream in the distance, but we’re seeing more and more that the teams who go deep in Ulster and All-Ireland club competitions who are robbed of the traditional pre-season period. Therefore, they have no choice but to do their main strength development programming while their league campaigns are up and running.

When most teams are taking their foot off the pedal with regards their strength and conditioning there are an ambitious few who are aiming to be playing important games at the business end of the season and plan their training schedule to match that.

All this goes back to the principle that your training goals dictate your training approach. There’s more than one way to skin a cat, so just because one team have used a certain method of programming with success doesn’t mean you can apply the same thing to your team and hope for the same results.

This is where the importance of a strong coaching team comes to the fore. Most teams will have met at the start of the season and laid down their plans for the year ahead, the things they hope to achieve and how they’re going to do it. The best coaches will know how to get the most from their group of players from their first meeting to the day they’re hopefully lifting a Championship trophy.

Last week’s Gaelic Life also had an article about how the players in Glen, currently sitting joint first in Derry’s senior club league, felt that they overdid things on the training field during their mid-season break from league fixtures last year. Their new manager took this on board and used the break to help develop their aerobic fitness, their running technique and gave them what they felt was a much needed break from the pitch.

Good coaches can be reactive to the needs of their players but the best coaches are those who are proactive in getting the most from their team.

They’ll have a vision of how they see the season playing out and they’ll communicate that to their players, be it a ‘pre-season in season’ or a ‘change being as good as a break’, for successful coaches all roads lead to the same end – a chance to finish the season as a winner!