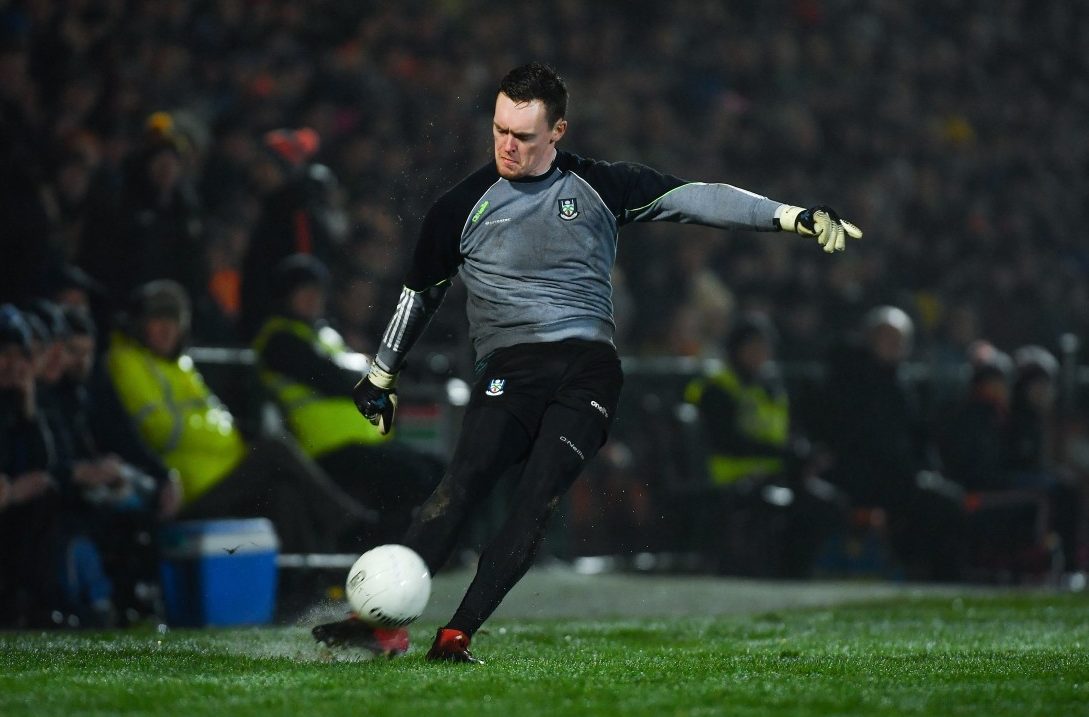 In my Distribution Principle, when discussing or looking at how competent a goalkeeper is with their Restarts, I will always use my C.R.A.F.T. Methodology to systematically look for dysfunction within their kicking. I have shared my principles in this paper before as well as supplied them to scores of teams, coaches and goalkeepers the length and breadth of the country. This week however, I have had a couple of coaches contact me looking to know what exactly this methodology consists of.

The purpose of the C.R.A.F.T. system is to simplify the calibration of a goalkeeper’s kicking into five main areas. Simplifying their kicking down into these five areas allows for both coaches and goalkeepers an easy framework to use as a guide to either improve or recalibrate their kicking.

By using these five base areas to examine a goalkeeper’s kicking, a goalkeeper or coach can quickly decide upon what may be the issues and therefore allows them to formulate a plan of action in order to eliminate the issues. The five areas in the C.R.A.F.T. Methodology are as follows:

Whenever you are assessing the kicking of a goalkeeper, observe them taking a large number of kicks so as to see if there are any patterns emerging within the kick. What you will find is one of two outcomes. You will either find that the outcome of every kick will be consistently the same or similar in nature or it won’t. If the outcome the kicking is always similar or the same, it means that the issue(s) with the kick are the same each time and most likely singular in nature. If you have a goalkeeper who’s kicking is sporadic and the outcome of the kick is continuously inconsistent it means that there are multiple issues with the kick and therefore more time and attention will be required to identify each of these issues.

This deals with the psychological side of the goalkeeper’s kicking. How well a goalkeeper can read the kick is very important to the outcome. The goalkeeper must be able understand the current game situation in regard to score, game time, team/opposition fatigue, goal conceded, momentum etc. A restart is far more than just a restart, it is 100% possession and the team that has the restart has that 100% possession so what the goalkeeper and their teammates do with that possession is vitally important. The goalkeeper must be able to constantly scan the field of play while also make good use of their peripheral vision to look for receiver options. Issues with the reading of restarts

Pretty self-explanatory, can the goalkeeper kick the football to the area that they are targeting i.e. – the space the receiver is moving into. The accuracy of the goalkeeper’s kicking is determined by Step 3 of the kicking process which was described in a previous article titled ‘Kick Your Habit.’ In this step, it explains how the direction of the shoulders and position of the head ultimately determine where the kick will land.

Looking at the trajectory of the kick is important as this can give us some vital clues as to how the football is being struck with the foot. As well as this it can also highlight any technical issues with the standing/planting leg of the goalkeeper because if the planting leg is not parallel with the ball upon striking, a different kick will result. This can be beneficial in certain situations but for the most part in Gaelic football having the planting foot beside the ball is best practice. With the introduction of the kicking tee into Gaelic football to aid goalkeepers with their kicking, came the introduction of varying degrees of flights on kicking techniques. If there are issues with the flight of the goalkeeper’s kick it is also prudent to assess the kicking tee/aid that a goalkeeper is using and maybe experiment with different tees to see if the issues become resolved.

Last but certainly not least is Technique. Everything in regard to kicking comes back to the kicker’s technique, the process that they perform when kicking the football is the essence for a successful kick. This is why I always stress that for any place kicker, their kicking technique/process for every kick they take must be the same or similar in nature. In terms of rectifying imperfections or correcting your kicking in-game during an off day it is vital that your kicking technique stays the same. Keeping the same kicking technique for every kick allows your body to become habitually accustomed to the FEEL of your kicking especially when it is correct, and you are kicking well.

Once you know how your kicking feels when you are kicking well, it is easier for your body to get back into this way of kicking whenever your kicking becomes wayward. Again, the kicking technique/process was fully explained within a previous article of mine titled ‘Kick Your Habit,’ if you can get a hold of it please have a read and see the stages of kicking that I regularly teach to goalkeepers.

Place kicking in Gaelic games, especially Restarts, has become massively important to any team that is serious about competing for the top honours within the club and county scene. More and more resources have been poured into the areas of free taking and restarts over the past ten to twenty years in a bid to maximise their potential. I created my four stages of kicking to help place kickers with their kicking technique and in conjunction with that created this system to assist and facilitate both the coach and the goalkeeper in perfecting their technique. If you can learn both of these systems and perfect them it will ultimately help you to Master Your C.R.A.F.T.