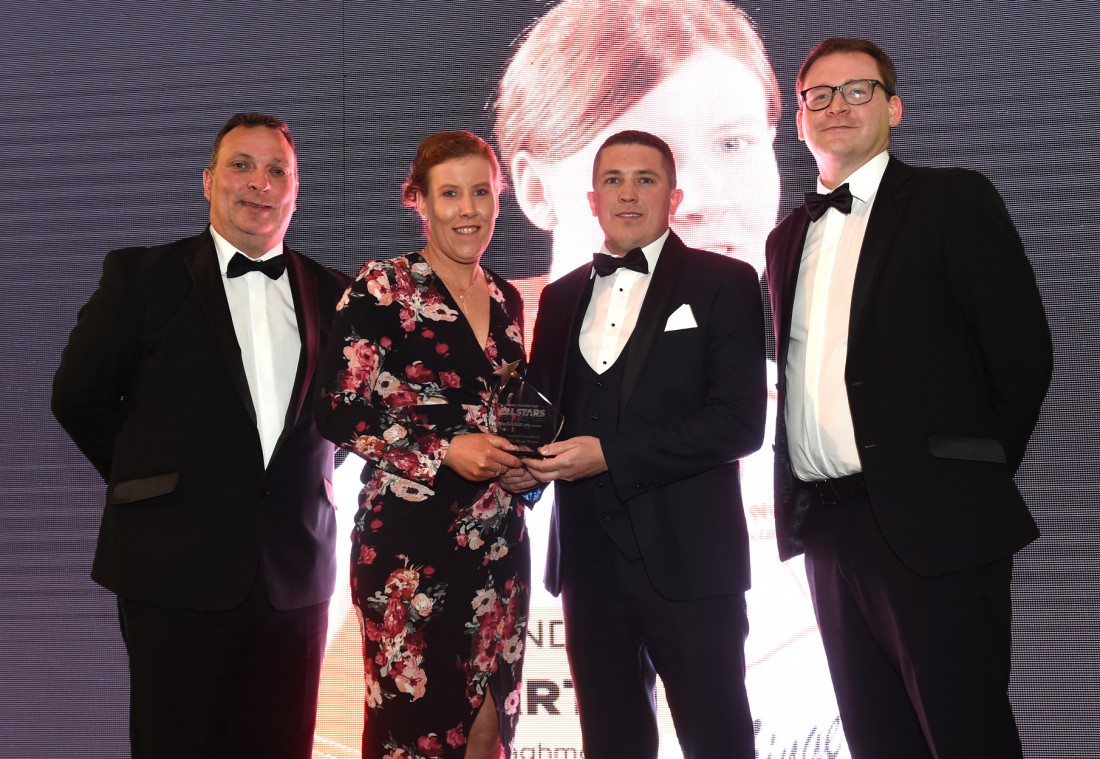 Last Friday evening, while attending my first ever Gaelic Life All-Star Awards ceremony, I found it thoroughly enjoyable watching the vast array of awards being handed out on the night.

For the nine years prior, each year my father would ask if I would like to attend the annual awards with him but as an active player at the time, there was usually training on the same evening which meant I was never able to attend with him.

Isn’t it ironic now that the first time I attend these prestigious awards is due to the fantastic honour the Gaelic Life has paid by renaming their Hall of Fame award after him in his memory.

In the stunning dinning room of the Hillgrove Hotel, Monaghan Town, I watched on at all of the successful winners deep in thought.

As expected, it was an emotional night due to the occasion, but I was also in awe and slight envy of those collecting their awards. All fully deserved and none more so than Donaghmoyne and Monaghan Goalkeeper Linda Martin. She was one of the very first goalkeepers that I ever coached back in 2012 when I assisted Dad with the Monaghan Ladies football team. A very talented goalkeeper that I was proud to have worked with.

Then near the end of the awards it was time for the Hall of Fame accolade to be presented. John Donnelly from the Trillick St Macartans club was fully deserved of the award.

Both myself and my mother went up onto the stage in the absence of my father to present the award.

We stood to the left of the stage as RTE presenter Darragh Maloney announced the winner and then a video montage was played about John before he came up onto the stage to collect his award. While I stood on the stage and looked out at the crowd a quote just randomly from nowhere began to recite in my mind.

It was one from basketball legend Michael Jordan: “I’ve missed more than 9000 shots in my career. I’ve lost almost 300 games. 26 times, I’ve been trusted to take the game winning shot and missed. I’ve failed over and over and over again in my life. And that is why I succeed.”

I don’t know where it came from or why it came into my mind but once I sat back down, I began to think of the message within the quote. Jordan professing that failure is part of success.

Without it he would not have become one of if not the greatest basketballer of all time. In the same quote M.J. actually attributes his success to these failures. He embraced them, he learned from them and he used them to become even better than he was before.

It is important for any goalkeeper to understand that failure is a natural part of progression. Without failure you will never learn to deal with adversity and start over doing things in a more favourable manner. It is failure that keeps us in check and allows us to be more self-aware of our abilities and our flaws. Failure should be welcomed by any goalkeeper as it is a natural by-product of trying and without trying nothing happens. It is a ‘Fear of Failure’ that can become crippling, even to the very best of goalkeepers.

Having a fear of failure makes a goalkeeper freeze when under pressure. When they are expected to perform in a certain way but are unable to as they focus more on the negative outcome rather than the process. This fear can overwhelm the goalkeeper and unless they have good coping mechanisms to overcome these difficult situations especially during games. Playing with a genuine fear of failure can be very restrictive both physically and mentally and therefore severely hindering to a goalkeeper’s performance.

I am positive that all of those football, hurling and camogie players that received awards last Friday night have all at some point either experienced failure or had fears of failing/making mistakes, but I am also confident they have all found ways in which to process those feelings in a positive way to ensure their performance will not be affected. It is human nature to be fearful and it is also human nature to overcalculate those failures and to create irrational fears that you may not even have any control over, so why worry about them.

Confidence is simply the ability to perform an expected action to an expected outcome. This means that if you work hard enough and practice enough on your goalkeeping ability bringing it to an expected level, it will then allow you to grow in confidence in your ability as a goalkeeper and thus eradicating your fear of failure. Changing your mindset surrounding failure no matter the severity, will ultimately allow you to control your negative thoughts allowing you to Embrace Your Fear!