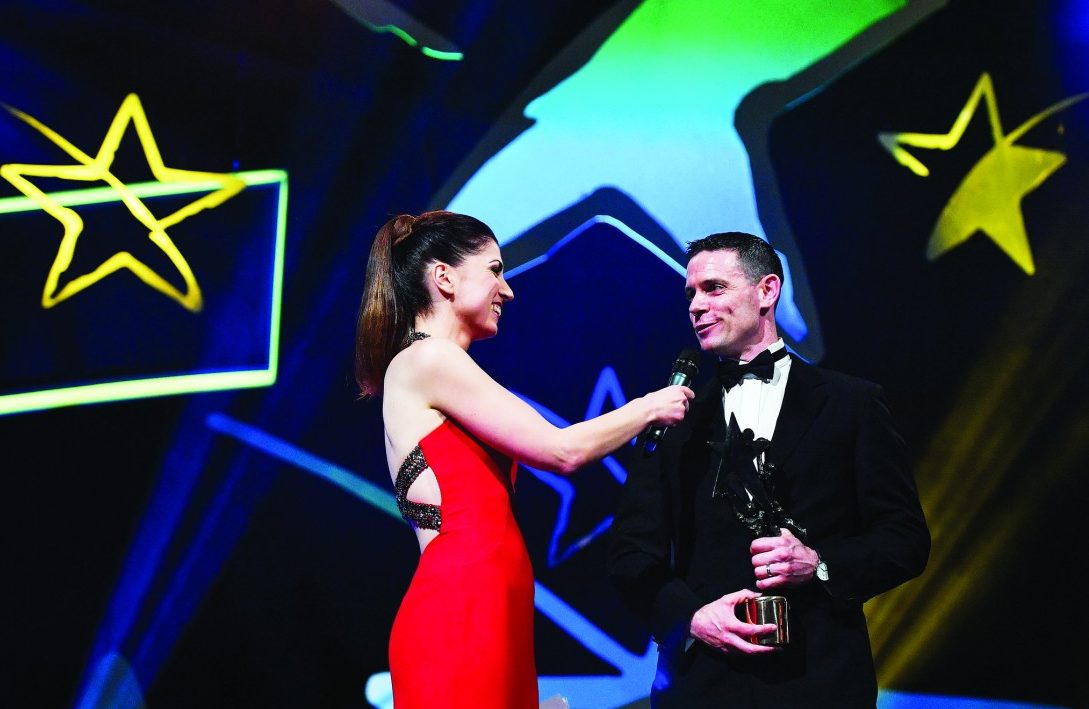 Late Friday evening the 2019 PwC Allstar awards took place in the Convention Centre which overlooks the River Liffey at Spencer Dock. This prestigious awards ceremony is the piece de resistance in the GAA sporting calendar, showcasing all the top talents from both playing codes while also presenting the Football/Hurling Teams of the Year, Young Footballer/Hurler of the Year and the Footballer/Hurler of the Year awards.

The very last award of the night was presented to the Footballer of the Year and there has been no better or more consistent candidate than that of Stephen Cluxton. An award that many will profess has been long overdue given the talents and achievements of the Dublin captain especially over the most recent GAA past. Congratulations to Stephen on his award, it was fully deserved.

In his interview on stage after receiving his award he spoke about what his typical training day would consist of. A teacher by profession and so bound by the occupational time restrictions of his employment he explained:

“A typical day this year for me would have been home from school at 3.50pm, leave (home) at 4.40 for training at 7pm. Get there (training) at 5pm to go out with my goalkeeping coach, Josh, do our stuff. Come back in for the team meeting and then start training with the team at 7pm.”

In this very statement lies the essence of his greatness. Stephen Cluxton, arguably the best ever GAA goalkeeper did not have his greatness bestowed upon him, he worked very hard to reach the pinnacle of his goalkeeping abilities.

It is a very old adage to say that “you only get out what you put in,” but it is truer today than whenever it was first used. The more quality time you spend specifically focusing on your goalkeeping, the better and the more improvements you will make. Turning up to team training sessions and completing them successfully will indeed improve you as a goalkeeper, BUT it is vital for any goalkeeper to maximise their potential to allocate some extra training time to specifically focus on their game.

With my own club, Armagh Harps, this past few years our goalkeeping trio and coach would regularly meet at 7pm, an hour before training so we could have extra training time to focus on our specific goalkeeping areas that we wanted to improve or work on. Then, at 8pm or shortly after, we would join the team and bring what we had been working on in our goalkeeping sessions into the team sessions. This allowed us to put what we had been working on into a practical setting, in a competitive environment, under fatigue and at top speed.

These extra sessions should be designed to take you out of your comfort zone. You should find them extremely challenging and as well as that, they should/could be mistake-ridden as this is where/when you plan to make your biggest improvements in your goalkeeping performance. What you learn from these sessions can the be taken into your team training sessions and games and will hopefully have the positive affects you will be aiming for.

Back in 2015, we played Dublin in a test match down at the DCU Sports Campus in Finglas. Both teams were sporting some first team changes in terms of personnel and some of the Dublin first team were not togged out to play at all. One of those not playing in the game was Stephen Cluxton. While those not playing were not togged out watching the game, Cluxton was on the adjacent pitch, with his goalkeeping coach, working on his game.

I watched intently, picking up as many tips and pointers as I could without looking totally disinterested in our game. They worked on his diving technique both his propulsion and hand positioning while diving. They worked on his reactions and speed at which he could get back to his feet/SET position. And finally, they worked on his distribution both from his hands and also from the ground (kicking tee and off the grass). He was out before the teams came out to warm up and finished after the teams warmed down so he could have had another two-hour session working on his goalkeeping.

While afforded a night off, Cluxton decided to methodically plan a goalkeeping session to keep him at his peak. The session was not of the highest intensity, but it focused on the areas of his goalkeeping that he felt needed attention. For any goalkeeper to improve it is vital that they plan time for them to focus on their game and specifically target those areas that they wish to improve in, or they feel is weaker than the rest of their game. Insanity is doing the same thing over and over again while expecting different results. So to be better, one has to Be Different!