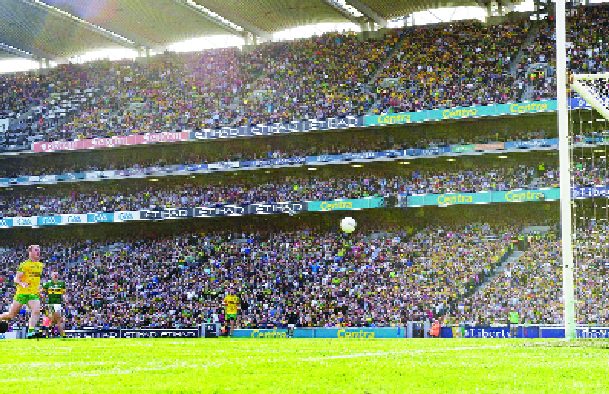 Last week I spoke about the importance of being confident when performing as a goalkeeper.

Having confidence is vitally important for all goalkeepers to perform to the best of their ability especially nowadays, when the position has become one of, if not, the most important on the field of play.

Goalkeeping has certainly been catapulted into the spotlight with the actions and decisions of a goalkeeper being magnified almost exponentially.

A goalkeeper could produce a routine save but due to it being under elevated scrutiny something routine appears to be exceptional when performed correctly.

This is also true for mistakes. Minor mistakes can look completely horrible and can feel totally catastrophic to the goalkeeper themselves whenever they happen.

This is why it is important for the goalkeeper and their coach to build a strong level of resilience within themselves.

There are many coaches who would say it is important to be mentally strong to be a goalkeeper, which is true. But I would argue it is far more important to be mentally resilient as it is resilience that allows goalkeepers to remain calm in situations of crisis and allows them to move forward positively from negative incidents without leaving any lasting psychological consequences.

To build a resilient mindset, the goalkeeper must never be afraid to take risks or be afraid of failure. It is fear that ultimately causes goalkeepers to freeze resulting in indecision which is the main cause of mistakes occurring. Putting things into perspective is important for the goalkeeper to be able to deal with difficult situations both on and off the field. At the end of the day, playing as a goalkeeper is only a game and unless it is the ‘keeper’s main source of income, they should remember that there is more important things to life than just goalkeeping.

Being able to forgive yourself when mistakes happen is also very important as once you have forgiven your mistake it is easier to take the learning from that mistake and more on. Using problem solving and working on both strengths and weaknesses during training to ensure that the same mistakes don’t happen again.

Set realistic and attainable goals that will constantly challenge yourself to be better than you were the day before. These can be daily goals and/or goals for training/games which can be recorded into a training diary and systematically reviewed during the year to keep track of all your progress. Something that is always overlooked as a goalkeeper and something that I have found to be an essential piece of training equipment on a personal level.

Building positive relationships with family, friends and love interests as well as coaches, workmates and supporters is also vital. Developing a strong social network ensure that whenever mistakes happen you can surround yourself with people who only have your best interests at heart and will help you improve and get better.

Understand that having negative thoughts is normal and that all goalkeepers have them maybe more than once. It is vital that the goalkeeper challenges these negative thoughts and faces them head on. Not dealing with them will only allow them to fester and grow until such times as they may become too overwhelming for the goalkeeper to deal with thus having a negative effect on their performance both physically and mentally.

Be confident in everything that you do both on and off the field. Confidence is gain by simply repeating something repeatedly until you have it mastered. If there is a part of your game that you feel less confident in, then this is the area that you should be working on in every session until your confidence in this area grows through experience. For example, if you are not confident catching high balls when under contact from opposing players, then what you must do until this fear has gone is catch high balls under contact in training.

Mistakes happened to all goalkeepers, even the best goalkeepers in the world make some of the worst mistakes imaginable. What they do differently than the other goalkeepers are in their coping mechanisms for whenever mistakes do happen. They are prepared for times of chaos or crisis and can deal with them competently both during and in between games so as to minimise their negative effects.

Just as improving the physical elements of your goalkeeping require regular training, developing the coping mechanisms for dealing with mistakes also need to be trained or at the very least discussed creating a plan of action when negative incidents occur. Mental strength is important to a goalkeeper but without resilience as its foundation it cannot work effectively and sometimes can be counterintuitive. So, goalkeepers don’t forget to train your mind and Build Resilience!