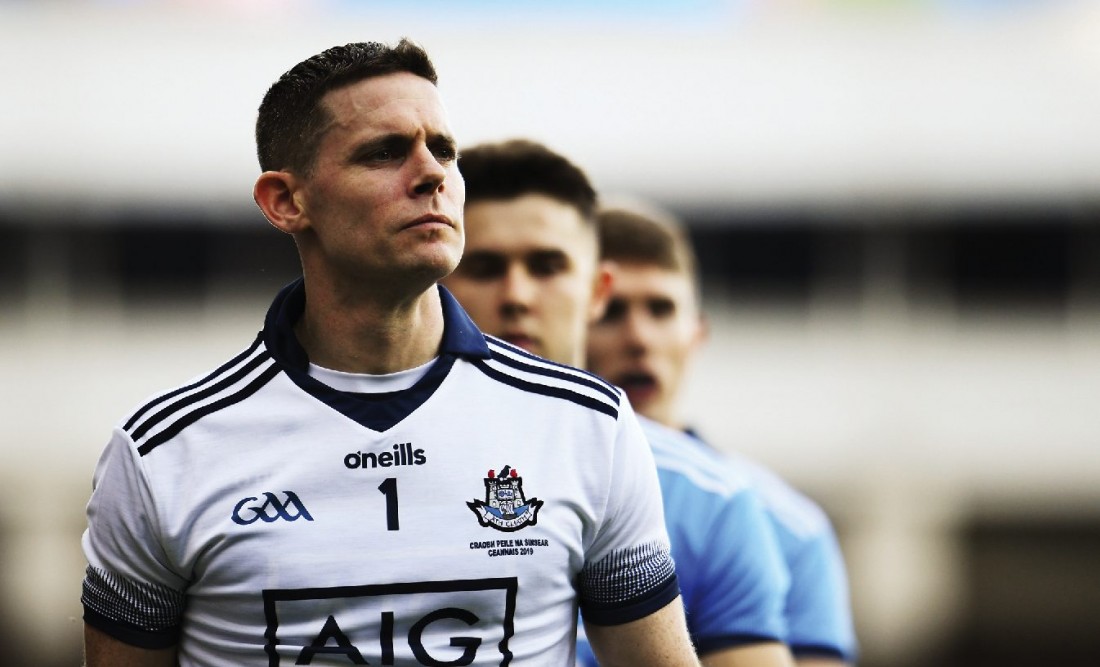 Last weekend brought about the first ever team to win five All Ireland titles in a row. Again, another action-packed final that could have gone either way. With the close season comes a time to reflect and with the Dublin team, for some of the players, that reflection may include the contemplation of retirement. The likes of Cian O’Sullivan, Philly McMahon, Bernard Brogan, Kevin McManamon, James McCarthy and Michael-Darragh McAuley will all take a really thorough assessment of their futures.

Another man that will be included in this group considering retirement will be 37-year-old custodian, Stephen Cluxton. The most influential player in Gaelic football over the past 20 years, the man who changed the goalkeeping position with his high standards and revolutionary goalkeeping style could possibly feel now is the time to pass the torch onto his young understudy, Evan Comerford.

Cluxton has been an inspiration for goalkeepers for more than ten years and as such the new younger breed of goalkeepers that are coming behind him, will further the evolution of the position. ‘Keepers such as Rory Beggan (Monaghan), Shaun Patton (Donegal), Shane Ryan (Kerry), Niall Morgan (Tyrone), Graham Brody (Laois), Blaine Hughes (Armagh), Ruairi Lavelle (Galway), Raymond Galligan (Cavan) and of course Cluxton’s understudy Evan Comerford (Dublin) will all further the development of the goalkeeping position.

Each of the aforementioned goalkeepers have been influenced by Cluxton growing up. They all have excellent kicking accuracy and technique with exceptional striking action. A number of them are more than comfortable being in possession of the ball with the likes of Graham Brody and Rory Beggan regularly seen making marauding runs deep into their opponent’s half. Each of these goalkeepers have also proven they are more than competent free-takers (Niall Morgan/Raymond Galligan) and a few of them actually play outfield for their clubs as opposed to between the posts like their County role (Blaine Hughes/Shane Ryan).

When thinking of the new modern styles of goalkeeping that are using more and more skills that are usually attributed to their outfield counterparts, it could be possible that within the next 20 years we could have a generation of goalkeepers who are expected to regularly leave their goalkeeping area and support both the defence and attack in their play. Whether it be tackling opponents or scoring goals/points more and more goalkeepers are beginning to show this trait. As goalkeeping coach for Armagh U17s in 2018, we did have two keepers that were comfortable in possession one of whom would regular enter our opponent’s half, so we decided to use this in our play as a springboard for our attacks.

With teams pushing goalkeepers forward into the opposition’s half, it would then be prudent to ensure that there is appropriate coverage for the goal if the ‘keeper cannot make it back into goal in time. For this to happen it would mean that the defenders especially the full-back line, would need to receive or join in the specialised goalkeeping training. This will allow them to learn how to dive correctly, how to close attackers down as well as teach them the effective communication skills a goalkeeper must have to direct the defensive play.

Restarts could also evolve further from what they are now. At present I have created the “3R’s of Restarts” which are Routines, Receivers and the Restarter. Teams all over the country will have at least one or two Restart Routines whereby all players involved have a role to complete which will ensure that someone will get open for the kick. I can see these routines being developed further, becoming more complex in terms of their dynamic, signalling calls and creativity. Teams will also begin to create playbooks of restarts and have maybe ten plus restart routines that every player will know religiously allowing them to continuously change their strategy during games.

One last evolution of how goalkeepers are deployed during games could be in situations where the opposition require goals to either win or get back into the game. In this situation you could see managers beginning to bring on a second goalkeeper, deploying them as a sweeper at the top of the ‘D’ area. What this can allow for is one goalkeeper to sentry the crease/penalty area closing down any goal bound attackers knowing full well that the second goalkeeper has them covered on the goal line if they cannot stop the attacker’s shot. Beating one goalkeeper can be difficult enough never-mind having to beat two in the same goal.

One man has influenced the goalkeeping position so much over the past two decades, so much so that the game itself evolved into what we watch today. Stephen Cluxton’s influence has brought about so much change within the playing dynamics of Gaelic football. It only excites me greatly when I now think of the nine goalkeepers, I mentioned previously, who have all been influenced by Cluxton himself and will now inspire the young and upcoming goalkeepers of the future. The possibilities for this everchanging position have now become endless. It took one man to create the current generation of goalkeepers but, for me, I await with great anticipation ‘The Next Generation.’