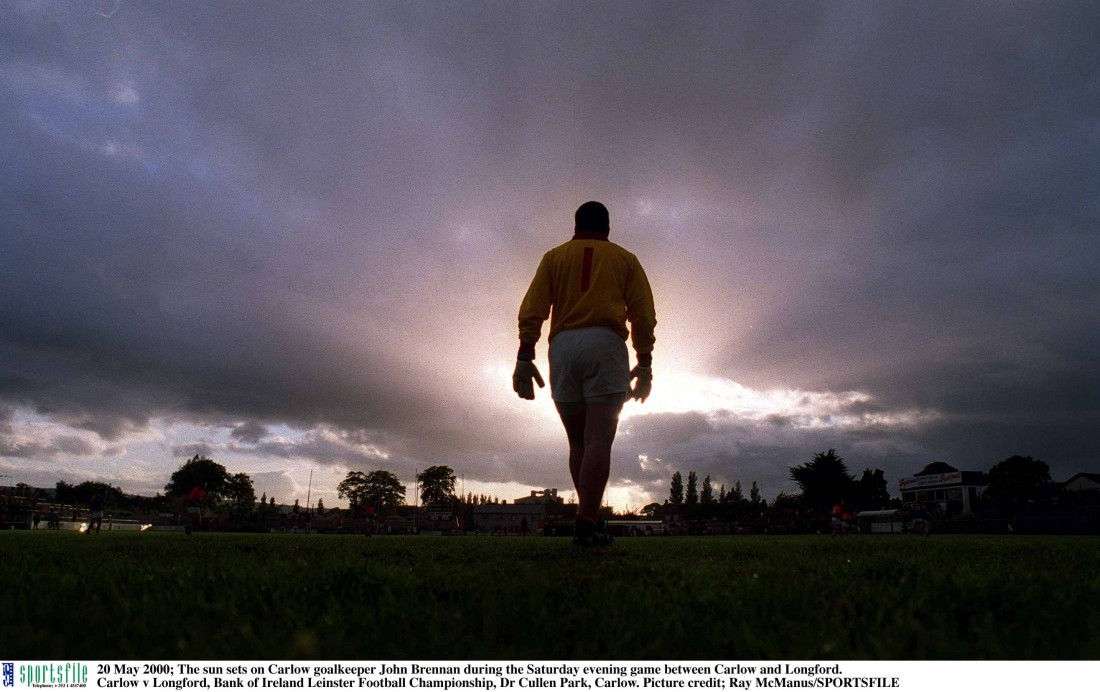 Last week while vegetating on ‘Lockdown TV,’ I watched a show entitled Premier League Legends. I was about to turn the channel until I found out it was about a childhood hero of mine, Peter Schmeichel. A fantastic goalkeeper and arguably one of the greatest ever to play the position, this half hour documentary gave some great insight into how the man played the game. Some of what Schmeichel said during the show would be excellent advice for goalkeepers of all ages and ability levels.

In 1992, Manchester United finished as runners-up in the race to become Champions of the old English First Division. It would be their 25th year without winning a title. By the turn of the millennium they had become the dominant force in English football. One man was in goal throughout this period… Peter Schmeichel.

When Schmeichel signed for Manchester United in the summer of 1992, he recalled that on his first day at the club, then club chairman Martin Edwards, brought him to the club museum and spent the whole day walking the big Dane around, giving him the full in-depth history of the club he had just become a part of. Edwards did this regularly, especially with the overseas players who would have been less familiar with the history of Manchester United.

Edwards explained that it gave the players a sense of belonging and showed them what exactly they were playing for. Personally, I felt that this was a magnificent piece of ingenuity. Players who have a firm understanding of the club/county that they are playing for will have a more focused attitude and a stronger sense of purpose as well as a duty to perform. Schmeichel himself commented that after leaving the museum that day he knew ‘what his purpose was and what his duty would be at the club going forward.’

In Gaelic games, that sense of tribal belonging to a club is one of the most important factors for the growth of the game. Players in the GAA do not choose their club, instead they inherit it from their forefathers, resulting in every club becoming one large extended family. For this very reason, I believe that it is essential for all young club members to know the history of their club. The club they play for and will inevitably die a member of. I feel it is important for all clubs/counties to incorporate this into their youth development and academy institutions.

Sir Alex Ferguson and ex-teammate Steve Bruce both described the goalkeeping attributes that Schmeichel possessed. Lightning quick especially for a man of his stature, large size that filled the goal, great balance, excellent distribution, and courage. They said he was a big character within the dressing room and always kept everybody on their toes no matter who they were as well as being humble enough to admit and be accountable for his own mistakes.

One other characteristic that both Ferguson and Bruce highlighted was his presence. This is important for any goalkeeper to have. Having a strong positive presence is vitally important for the team dynamic as a whole but more so on the field of play. The presence of the goalkeeper has the ability to boost the confidence of their teammates as well as unnerving then opposition.

With this he has explained the importance of subjecting your presence onto the opposition. In critical moments it is vital for the goalkeeper to change the opponents focus away from the ball as much as possible and in doing so ensuring the possibility of the goalkeeper stopping the attacker becomes more favourable.

Coming to the end of the short documentary, the Danish shot-stopper gave us some insight into how he approached every game:

“You don’t go onto the pitch thinking you have to be better than everyone else. You go onto the pitch thinking ‘I am going to do my job.’ If you start to think otherwise you get ahead of yourself, you lose focus, you lose concentration and if you start to think you need to prove something then it will all blow up in your head.”

It is important to note that for a goalkeeper it is vitally important that they do not overthink their performances and do not put to much expectation on themselves. This can lead to the goalkeeper having a below-par performance which can have long-term negative effects on both the physical and mental performance.