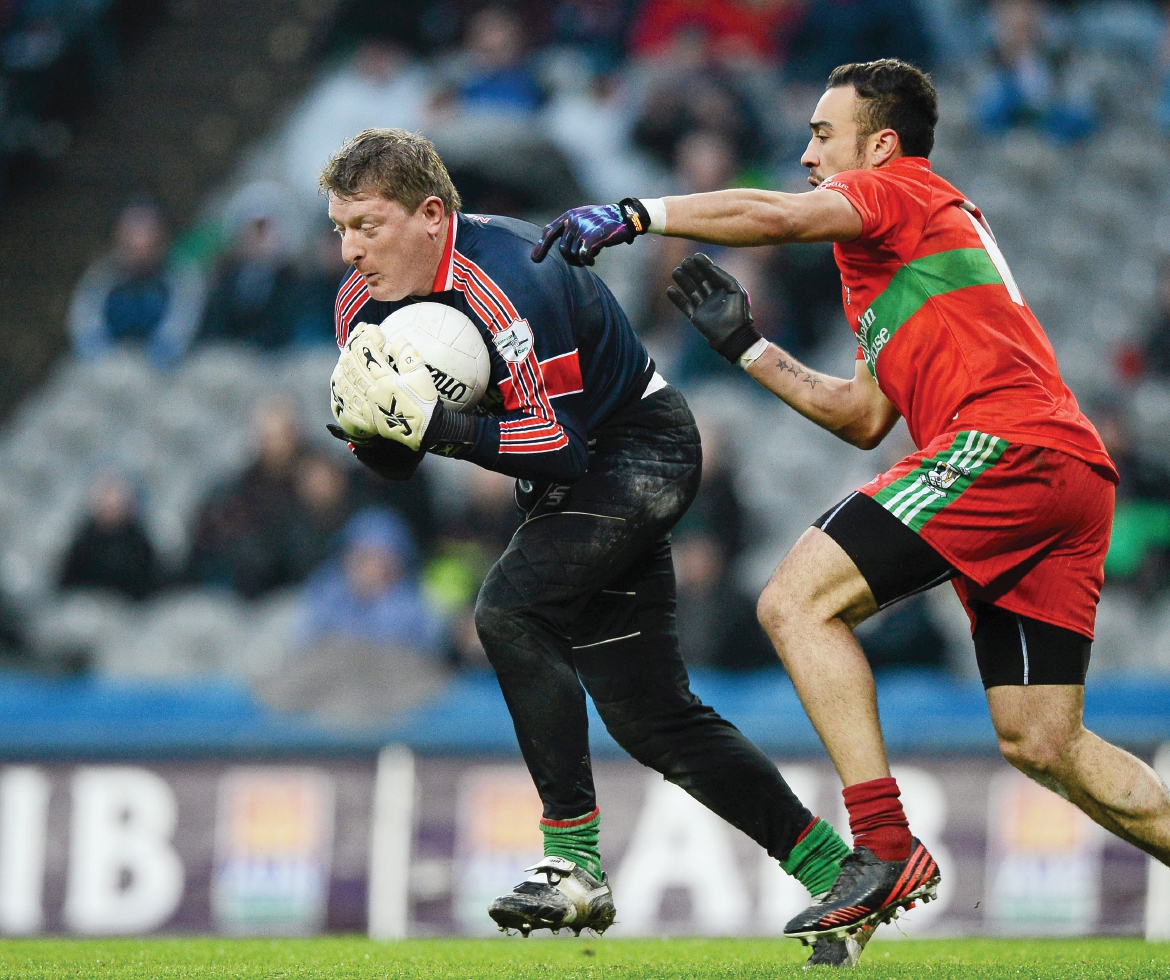 AHEAD OF HIS TIME...Shane Curran often left his line

OVER the past 20 years, we have really seen the evolution of the goalkeeping position in Gaelic football. We have seen possibly the greatest ever in Stephen Cluxton to the newest modern phenomenon of ‘keepers joining the fray out the field.

Over the past 20 years, and even before that, we have seen a dramatic increase in the amount of goalkeepers who are willing to come out of their crease (the area in front of their goal) and join their teammates to create overlaps, scores or just an advantage for their team.

More and more of the top inter-county goalkeepers are venturing out of their goal. This has the knock-on effect into the club game and underage grassroots where these goalkeepers are influenced by what the best ‘keepers are doing and thereby want to emulate what they have witnessed. They’re Like a minority population that have grown dissatisfied at being fenced into their tiny area and now have found their courage to break free and fulfil their true potential.

Goalkeeping began its days in Gaelic football as a position, a position that was seen by all as ‘unsexy’ or a position only those who were not good enough to play outfield played.

As it evolved and the array of skills goalkeepers were expected to perform during competition grew, it morphed into an art form whereby ‘keepers could express their skills and abilities through the medium of goalkeeping.

What we have witnessed over the past few seasons is the further evolution of the position, the art form, into something so much more. The goalkeeper in Gaelic football has now metamorphosed into a Goalkeeping Spectrum.

We began with one classification of a goalkeeper, someone who was to be the protector of the goal and restart play by hoofing the ball into the middle for the ensuing midfield battle. These ‘keepers then fine-tuned their skills and abilities allowing them to believe they could offer so much more to their teams.

We then entered an era where goalkeepers played with a higher line and offered more in terms of being an extra man coming out of defence or covering their defenders while they retreated into their shape.

Nowadays we have all-action goalkeepers who will regularly join their teams attacking play, finding themselves in the opponent’s half and/or final third while also chipping in with scores from play every game.

For me this ‘Goalkeeping Spectrum’ has three markers at present.

The only way one classification can be better than the other is determined by the effectiveness of the team playing that classification.

Below are the three spectral classifications for the goalkeeper. Please keep in mind that these are generalisations and do in no uncertain terms define what each of these goalkeepers currently are at present or need to be in order to play this role. These are merely my observations about the general population that play in this classification.

They are usually big, strong ‘keepers who are exceptional at the traditional goalkeeping skills ie high balls, one-v-ones, blocking, marshalling their defence, long kick-outs, being a presence in their goalmouth, etc. They are also very good at dealing with attempts on goal as this would form part of their main repertoire.

In terms of ball carrying, they can be quite cumbersome on the ball and may feel uncomfortable carrying the ball into contact so will usually move the ball on before they are closed down. Usually, they will have always played as a goalkeeper or have little to no outfield experience and are more reluctant to leave their crease compared to the other two spectral points. They may come up for the occasional long free or 45 attempt but usually they confine themselves to their goalmouth. They very much conform to the traditional beliefs and stereotypes of a Gaelic football goalkeeper.

These goalkeepers can vary in their physical shape and are mobile in terms of moving about the pitch.

They are excellent distributors of the football both from in possession and from dead balls. They are excellent communicators and tend to marshal the team from the full-forward line back due to them playing a high line usually as high as midfield but mainly within their own half of the field while they are in possession of the ball.

Their goalkeeping abilities are of a high standard but can be slightly lesser than those of the orthodox ‘keepers, but not always. They may have some outfield experience or may have played outfield at some point in their life.

Their main purpose as a sweeper/keeper is to delay opposition attacks, intercept play, create overlaps coming out of their defence and/or create havoc for opposition forward play. Sweeper/keepers are a hybrid of the orthodox and fly goalie classifications.

The newest and latest point on the spectrum found at the opposite end from Orthodox keepers.

The current trend sees these goalkeepers having played outfield extensively or are still playing outfield for their clubs so their ball carrying abilities are excellent. They will also have had some goalkeeping experience at some level which is why they have made the transition into their team’s goal.

They are physically athletic, very mobile and powerful runners and will regularly leave their crease to join the fray whenever their team is in possession of the football, venturing into the opponent’s final third as well as chipping in with scores from play or dead ball in every game.

Their goalkeeping abilities are good but can be lesser than the orthodox and sweeper/keeper classifications. Fly goalies excel at distribution from both possession and from dead ball situations which creates a massive disruption for opposition teams as they must formulate some countermeasures for the fly goalie (when played effectively of course).

Playing with a fly goalie is a very high risk-reward strategy, meaning that it can have great rewards, but it can also have great consequences as well.

We can see these three spectral classifications in our game from inter-county down to our club scene. It has been a natural process that has evolved over the past 30 to 40 years.

Some of the goalkeepers that pioneered it will never ever be mentioned as they were only witnessed by those who attended their games. On a rare occasion we would have seen the likes of Shane Curran marauding upfield on TG4 thinking it was complete and utter madness.

What we didn’t realise at the time was what the future would hold for the goalkeeper position, the art form and now, ‘The Goalkeeping Spectrum!’