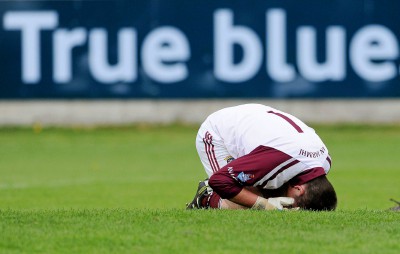 WIN OR LEARN....Mistakes are crucial for a goalkeeper’s learning journey

DURING the Korean war in November 1950, the 1st Marine Division of the US Army was surrounded by 120,000 soldiers of the Chinese Army at the Chosin Reservoir in North Korea. They were led by Major General O.P. Smith, a native of Texas with 33 years of experience in military combat.

The Battle of Chosin Reservoir was fought over some of the roughest terrain and harshest of winter weather conditions imaginable. Surrounded by numerous divisions and the full force of the Chinese Army assaulting their flanks, the order was put out for all US forces to break out and retreat to the seaport of Hungman 70 miles south of the reservoir. During the retreat Maj. Gen. Smith remarked “Retreat, hell! We’re not retreating, we’re just advancing in a different direction.”

With this statement, Smith had taken the ordered act of retreating, usually seen as a sign of weakness, especially in US military terms, and changed the mindset towards it which enabled his soldiers to focus more on pushing forward in their new direction without feeling like they were running away. Essentially, he removed any doubts from his soldiers’ minds that moving away from their established norm of fighting/moving forward in this new direction of ‘retreat’ was the correct action to be taken. They were moving backwards to move forwards.

As a goalkeeper it is very important to understand and accept that regression is a part of life and in sport regression is paramount to progression. Whenever goalkeepers create their training plans and schedules, they also include their personal and performance goals. When deciding upon these goals they will always ensure to note down what the outcome will be that will highlight progression. They will reset their goal and again will aim for progression in that area.

What the majority of goalkeepers do not do whenever they are creating their personal and performance goals is to factor in regressional outcomes. They focus mainly on the positive outcomes they are aiming for and do not plan or assess for any regression that may have occurred in the area being targeted for improvement, or other areas that may have regressed due to lack of focus on that area.

Regularly auditing your personal and performance goals to evaluate whether they have been met or not is essential for any goalkeeper to experience overall progression in their ability. Without experiencing regression in areas of your game, you will not be alerted to these areas needing more time or attention in order to have them progress. If the goalkeeper does not regress or find regression in their game, they will then find difficulty in formulating effective periodised training plans to propose progression.

The same can be said for whenever the goalkeeper becomes injured.

Their mindset acutely changes from positive to negative because they have regressed in physical health and normally, they await the dreaded healing timeframe.

What they may not understand, or may have never been taught, is that once an injury takes place the quicker the individual begins to take measures to aid the recovery process, the more time that is eventually taken away from the healing timeframe.

Certain injuries require different recovery processes some of which cannot occur until a few days or weeks after the injury takes place. But most players tend to ignore the nutrition or physiological side of the healing process where injuries require increased doses of certain minerals and nutrients to repair the damage.

As well as this the healing timeframe should be seen as a gift and not a curse. Yes, you may be out of competition for a period of time but what this time affords you is time to review, evaluate and plan what you have been doing and what you intend to do on your return from injury. This time can be invaluable for a goalkeeper when striving for optimal performance during the season.

Just as progression is like the engine of a car driving you forward, regression is the road on which the car drives.

Although at times it may not be moving you directly towards your intended destination, but if you stay positive and believe you are on the right path, ultimately it will guide you to your destination.

To ultimately progress all goalkeepers must first regress meaning it should not be feared. My message here today is simple: ‘Regress to Progress!’