Men are from Mars, women are from Venus. Coaches, tend to be a different kind of alien altogether, but usually are more familiar with planet Mars than Venus. Unfortunately, Martians need to learn language Venus if they hope to get the best out of their team when they are coaching female players.

There are some obvious, and not so obvious, differences between men and women physically and mentally. Too often, too many coaches approach managing female teams like they are a group of small men, instead of women. They try to speak Martian with them and wonder why the team from Venus can’t seem to understand the instruction. In this gender neutral world, it is understandable why men might want to treat women in the exact same way they’d expect to be handled in the field. One size fits all doesn’t work in sport. Give the same respect yes. The first thing any successful coach who is managing a women’s team must do is acknowledge that men and women are different.

Most of the male and female coding is identical. After all, we all start off in the same place, but that small percentage difference influences every single fibre of our being.

The good and effective coach uses both experience and evidence-based practice to build their training sessions. This is the first hurdle you will encounter. You’ll soon realise that most of the research has been done about middle class white men in their early 20s, and that might not be the most reliable guide if you’re managing a ladies team in the middle of Tyrone. The second hurdle is that the language and coaching techniques you had for the senior men’s team just aren’t ‘working’ with the women’s team. Some coaches will walk away, saying they can’t coach women. Others learn the subtleties.

This is a wide generalisation (of course, a column could only ever be general), but the female brain is wired slightly differently to the male. For example, the areas that look after language, problem solving and memory formation are larger in women. Conversely, the parts of the brain that trigger aggression and our fight or flight is more active in men. So we process danger, or championship football, in different ways. Therefore, key moments like decision-making are processed in different ways by men and women. In real life, this translates to women being better at reading body language and more rational decision-making. Men will be more likely to allow the red mist fall before their eyes and make rash decisions. After the game, men find it a bit easier to park a mistake and focus on what they’ve done well. Whereas the woman who scored two goals and assisted for two points will ruminate over her perceived weakness if she didn’t execute something properly. Understanding this will help you on the line and in training.

Another thing that will help you on match days and in training is knowing that men usually are happy enough to go along with whatever drill they’ve been assigned. Women, on the other hand, want to know why. Why are we doing this? What will this achieve? This can exasperate coaches who are used to just getting on with things, or who feel that their expertise is being questioned, but by actually talking to the group will ensure that women will engage that ‘whole brain’ thinking. The female ability to see the whole picture rather than the short term target of finishing a drill means they need to understand why they are doing specific training, plays or drills.

Team bonding is something every manager and coach tries to facilitate. Keep in mind that men often bond by playing well, whereas women benefit by becoming a team first, and then the performances follow.

Finally, we must discuss the P word. If you’re someone who refuses to understand or doesn’t want to hear any mentions of periods, you are doing your team a disservice. Are you creating an environment that young women feel comfortable to tell you they’re struggling at training due to abdominal cramps? Do you understand that performance can peak and trough at different points of a woman’s menstrual cycle and that it can be a crucial injury factor? The smart coaches work with the menstrual cycle to gain that performance edge. They understand that oestrogen and progesterone rise and fall throughout the menstrual cycle, and this can affect everything from recovery, energy levels and skill acquisition.

As I’ve alluded to earlier, we have a dearth of research in women’s sport. What is emerging, is early evidence of an increased risk of ACL injuries when oestrogen levels peak just prior to ovulation. Giving your team the power of knowing that you understand this and allow them to adapt their training needs when necessary will create a stronger team, physically and emotionally.

A study carried out by an Irish data science company Orreco, surveying women worldwide, found that 74 per cent said their cycle negatively affected their performance. The same percentage never discussed this with their coach, rising the 82 per cent for women in Ireland and the UK. To me, that’s an obvious place for anyone coaching women to start making inroads. Changes that might lead to championship glory. If monthly knee twinges had the same effect, we’d have specific knee scientists on every backroom team in the country. 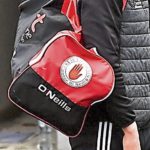 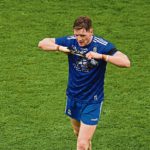