WHEN we consider the fact that Gaelic football has been played for over 130 years, it is mind boggling that tactically it’s very much in its infancy.

As recently as the mid-nineties it was standard to play 15 versus 15 and the best team usually won. Then us ‘Northerner’s were blamed for bringing in the sweeper, which was derided by many but swiftly copied by all. This further developed into teams becoming possession based with hand-passing massively out weighing kick-passing.

We now seem to be evolving tactically again with regards to the role of the goalkeeper. There are two common characteristics in the evolution of our game. 1) A coach/manager attempts to get an edge by developing a system that gives their team an edge and 2) It always starts at county level first and trickles down to club.

Traditionally your goalkeeper was firstly a proficient shot-stopper and secondly had a booming kick-out that was dropped on top of two sky-scrapers in the middle of the park. The origins of the modern goalkeeper can be traced back to Stephen Cluxton controlling games with his tactical kick-outs.

This was the beginning of the realisation that goalkeepers and restarts were crucially important in the effectiveness of a team’s game plan. It also heralded the end of the traditional midfield pairings. If you give it some thought, how many teams still operate with two man mountains of the Jarlath Burns ilk anymore?

Their role was to catch the ball high and to feed it to players around them. The kick and catch restart is no longer as prominent as it once was. So teams now play athletic players in the middle, they don’t necessarily have to be good under a high ball, that can receive the ball in space and run with it when they gain possession.

Rory Beggan has taken the baton from Stephen Cluxton, and as a result the evolution is quickly becoming a revolution, I’ll mention this later.

Not only is he dictating play with his kick-outs, he is now joining the attack, scoring heavily from frees, popping up with points from play and offering defensive cover as a sweeper. Niall Morgan of Tyrone is another proponent of this tactic and he is a highly effective weapon in the Red Hand arsenal. Outside of that you have county keepers sporadically adopting this strategy but not to the same degree.

As previously referenced, these things start at county and trickle down into club. Up until this year I had not encountered this at club level. However, this pre -season the revolution has truly begun at club level and club ‘keepers seem to be popping up more often than the price of petrol, often giddy with the excitement of the new lease of life.

Club coaches and managers need to take a pause and ask a few simple questions.

1) Is your ‘keeper going to contribute going out the pitch? Can they actually catch a kick-out or solo the ball? If they pushed up on opposition kick-out and can’t catch or break a ball then, other than clogging space, they are redundant.

2) What is the risk to reward ratio? If your ‘keeper is joining attacks, are they contributing to scores or what happens if they are out of position when the opposition attack? In other words will their presence out the field outweigh the concession of one or two goals as they were out of their goals? A ‘keeper kicking a point from the 21 is all well and good, but if they concede two goals when up there then your risk to reward stands at -5 points.

3) Have you developed a system to allow your ‘keeper to go out the field? Have you a cover player in place or someone getting back?

4) Am I doing this as it seems to be the hip thing at the minute? I think this is the most prevalent question to ask. Just because you’ve seen it on TV doesn’t mean it’s for you. It is the equivalent of Harry Maguire watching Virgil Van Djik and thinking he can be world class too just for the craic.

Let me put it another way. If David Clifford kicks a point against the wind from 60 metres would you expect all your forwards to be able to do this in the next club match? You’d probably say no and state that David Clifford is a special talent. So why would you look at Rory Beggan, an exceptional talent, or Niall Morgan, who also played outfield for his club, and expect your ‘keeper to suddenly be able to do what they do?

Like everything, take it in steps and determine if it’s for you. Your ‘keeper can come off the shoulder at times if defenders need support. If you really need to press a kick-out perhaps bring the ‘keeper up to the middle. If you are down at the back the keeper can cover space occasionally.

For me moderate adaptation is more advantageous than a complete overhaul, unless you happen to be blessed with another Beggan or Morgan.

Finally, and most importantly, whatever you decide, you must back your keeper. Picture club matches where a ‘keeper comes out loses it and the opposition rattle the net. Your own supporters, I’m sure, will voice their annoyance at such a tactic.

The manager and coaches employ these strategies not the keeper, so it is their job to take the flack if it goes wrong, not the ‘keeper’s. 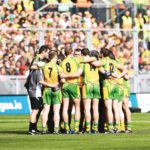 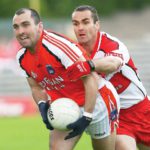 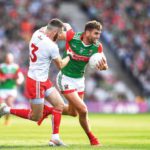