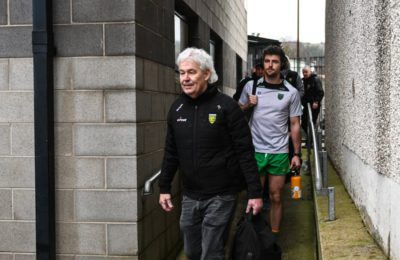 
By Ryan Ferry FORMER Donegal selector Gary McDaid feels that Donegal’s Division One fate may come down to the final match against Roscommon but he’s backing Paddy Carr’s side to retain their top flight status. It will be a new-look Donegal side in this year’s league campaign but staying in Division One will remain a priority, especially […] 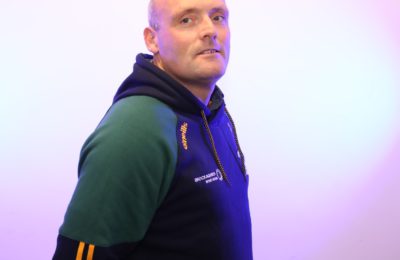 
DERRY  legend Paddy Bradley has joined forces with the new Donegal management team of Paddy Carr and Aidan O’Rourke. Carr was ratified as the new Tir Chonaill boss a month ago replacing the outgoing Declan Bonner, who stepped aside following Donegal’s qualifier defeat to Armagh. Bradley joins the management ticket which is “90% complete” according […] 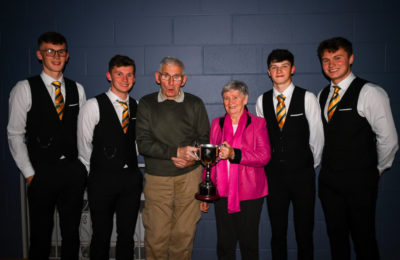 
It’s a busy weekend ahead for four Glenullin cousins. On Saturday they’ll dance at the All-Ireland Scór finals in Castlebar before running out at Celtic Park on Ulster Championship duty less than 24 hours later. Michael McMullan went to meet them… THE fluttering green and gold flag at the end of the lane lets you […]

Bradley feels Glenullin have a chance of causing an upset


By Michael McMullan GLENULLIN manager Paddy Bradley said his side are “not without a chance” despite being outsiders against Galbally on Sunday in Celtic Park. The former Derry star took over his native club this season and steered them to victory over Drumsurn in a dramatic final. The Glen’ came back from five and six-point deficits […] 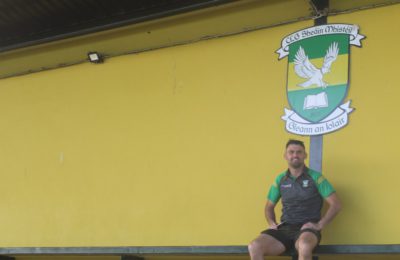 
Eoin Bradley’s career has went around a few corners, but his love for sport has never waned. Michael McMullan went to meet him… IT’S Friday morning in Glenullin and Eoin Bradley is buzzing. Football has dominated his life and nothing has changed. Noel Trainor, the club’s 1985 championship winning goalkeeper, greets him on arrival. Sunday […]


Not every county star burns brightest early in their career, but Derry’s Kevin McCloy took a late march to greatness. Michael McMullan went to meet him… IF you are looking for a definition of a late developer, you’d do well to find a better example than Kevin McCloy. Along with close friend Paddy Bradley, they […] 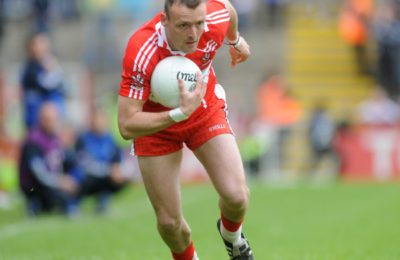 
We asked former Derry star Paddy Bradley about some of the players he came up against during his career. Name: Paddy Bradley. Age: 40. Teams played for: Glenullin, Derry, Ulster, Ireland, St Patrick’s Maghera, UUJ, Chicago Wolfe Tones and Donegal Boston. Advertisement Which opposition ground did you like playing on and why? I always liked […] 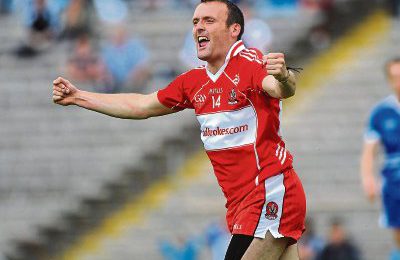 TEAMMATES: Derry All-Star forward Paddy Bradley looks at some the players he lined out with


Name: Paddy Bradley. Age: 40. Teams played for: Glenullin, Derry, Ulster, Ireland, St Patrick’s Maghera, UUJ, Chicago Wolfe Tones and Donegal Boston. Which team mate has been the most inspirational and why? Advertisement Anthony Tohill. I only played a few years with Anthony but the aura he had about him and his presence in the changing room […] 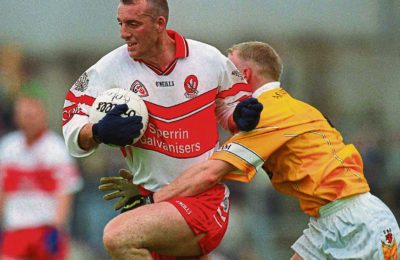 
THESE players are listed in order of their debuts, from the oldest to themost recent. Johnny McBride – 1995-2006 Johnny McBride was a leader of men. He came into the senior team having captained Derry minors and u-21s to glory. At senior level he was part of the 1998 team that won the Ulster title. He […]

New Derry u-20 manager Bradley to let bygones be bygones


Paddy Bradley explains his reasons for getting back involved with the county.