ULSTER Schools GAA led the tributes to Brother Laurence (Larry) Ennis who passed away peacefully on Thursday at the age of 88.

A native of Westmeath, Bro Ennis was a ‘distinguished’ Chairman of Ulster Schools for 25 years.

Ulster Schools, in a statement on their social media channel, were ‘deeply saddened’ to hear of his passing.

“Bro Ennis left a lasting impression in every school and community across Ulster and beyond which were graced by his presence, underlined by his steadfast passion for all things Gaelic games,” the statement read,

“His vocation brought him to Omagh CBS, Glen Road CBS and St Mary’s CBS in Belfast, Armagh CBS later to become St Patrick’s Armagh, and back to Omagh after his ‘retirement’. While we are all much sadder for his passing, we are thankful for his support and guidance over many many years. Go raibh suaimhneas síoraí aige.”

“For many years he was an innovative and cooperative coach to generations of school pupils in a number of his beloved CBS schools.

“He was an administrator par excellence who helped nurture the seed which has become the abundantly flowering and ever giving Ulster Schools organisation. Rest easy Bro Ennis, the work has been spectacularly completed.”

“A great man has passed away. Lucky I got to see him a few years ago. He was a big influence on my career through  @cbsomagh Bro Ennis – Legend, ”

A great man has passed away. Lucky I got to see him a few years ago. He was a big influence on my career through @cbsomagh. Bro Ennis – Legend @ulsterschools pic.twitter.com/VGHAJ2z2uR

St Macartan’s Monaghan also paid tribute to the contribution of Bro Ennis, who they said was ‘an absolute stalwart’ of Ulster Colleges GAA.

“His contribution to the promotion of Gaelic games in our schools should never be forgotten. Go raibh sé le Dia i measc laochra na nGael i gcónaí.”

Bro Ennis also left an imprint at county level and he steered the Armagh minors to the cusp of an All-Ireland title in 1992, when they went down to a devastating late Meath goal.
Barry O’Hagan was one of the key players on that team and helped Armagh land the Sam Maguire Cup 1o years later.
‘Bumpy’ left the following tribute: “RIP Brother Ennis. Lovely man who provided so much of an education on and off the field to so many in Armagh. Unforgettable year he gave us bringing us to all Ireland minor final in 1992.” 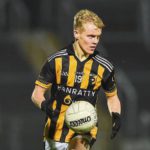 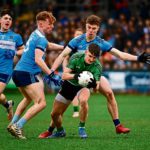 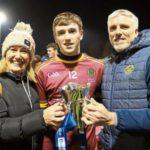