ULSTER champions Derry, Monaghan and Armagh have players in the shortlist for All-Stars after their performances in the 2022 season, with Derry’s Ethan Doherty shortlisted for Young Player of the Year.

Dating back to 1971, the All-Stars are selected by a team of GAA journalists from across print, radio, digital, tv and broadcast media.

A separate Tailteann Cup team of the year will also be honoured this year.

The PwC All-Stars will be presented at a black-tie banquet in Dublin’s Convention Centre on Friday, October 28.

The hurling team will be announced live on the night with the football team being released publicly 24 hours earlier. 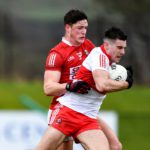 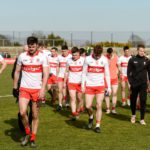