SHAUN Casey ranks the top 10 contenders for the 2022 the All-Ireland crown.

Surely this is the year that Kerry can finally get their hands back on the Sam Maguire Cup. It’s not quite a famine, but it’s almost a decade since the Kingdom were top dogs in the country. Jack O’Connor’s men look determined to set the record straight. They have possibly the best two forwards in the land in Seanie O’Shea and David Clifford, but have they been able to work out their defensive failings that have let them down over the last few years? On league form they seem to be the top team in the country at the minute and the front runners for the All-Ireland crown.

Everyone’s second favourite team, no one deserves the heartache that Mayo have suffered, particularly over the last 20 years. They were the second best team in Ireland for so long, just behind the history-making Dubs side that will go down as the greatest ever to play the game. Mayo have been plagued with huge injuries, first Cillian O’Connor last season and now Tommy Conroy this year. And yet, they still remain among the top contenders. Despite all the recent retirements that have continued on their quest for an All-Ireland title with tunnel vision and they’ll once again have a big say at the business end of the championship.

It’s hard to know where to place Dublin at the minute. Surely the greatest team of all time can’t just suddenly dissolve into also-rans. They could well get relegated this weekend, but they’ll be a different beast once James McCarthy and Con O’Callaghan come back into the fold. The likes of Brian Fenton, Ciaran Kilkenny, Brian Howard and Niall Scully haven’t become bad players overnight and you can bet they’ll raise their game once they enter the white heat of championship battle. Will they be good enough to win the All-Ireland? Maybe not, but don’t rule them out of the running just yet.

It’s hard to judge the current All-Ireland champions at the minute given their blotchy league form to date. They’ve only beaten Kildare so far and the loss of some of their squad, including most recently Lee Brennan, will surely impact their chances of going back-to-back later on in the season. Like all the Ulster sides, Tyrone’s first preference will be the provincial championship and they’re the front runners to retain the Anglo Celt, but history is against them on the All-Ireland stage. They’ll still have a big say and will take some beating in the latter end of the championship.

Donegal remain unconvincing, but they have all the potential to be right up there later on in the year. What’s been the missing link over the last number of years? Why haven’t they pushed on and been real contenders on the All-Ireland stage? Nobody has all the answers, but this is possibly Declan Bonner’s last shot at it. The two big targets will be to survive in Division One and get back to winning ways in the Ulster Championship. If they can do that and build some momentum, as well as keeping Michael Murphy injury free, then they will be a handful for anyone.

You could argue they should be further down the list, particularly given their current position in the league, but they are here based on experience alone. Rory Beggan, Darren Hughes and Conor McManus have all been there and done it. Sure, they’re not getting any younger, but they still have a lot to offer and would cause serious bother to a lot of the top teams. Their accuracy in front of the posts has been their biggest let down in the league and if they can solve that problem, they can give the summer a big push.

After the first two rounds, Kieran McGeeney’s side probably would have been further up the list, but the hype train has been reigned back in slightly after their draw against Monaghan and loss to Mayo in the previous two rounds. They have a huge three weeks ahead and if they can finish strongly perhaps their stock will rise once again. Armagh face a massive challenge in the championship, away to Donegal, and an Ulster title is a more realist target for the Orchard County at the minute rather than capturing their second ever All-Ireland title.

Kildare definitely deserve their place among the top 10 teams in the country, but it’s much too early to be noting them down as genuine All-Ireland contenders. There’s no telling what their recent win over the Dubs will do in terms of confidence and momentum, but can they repeat the feat in the pressure cooker of the Leinster Championship? They have a dream team management in place with Glenn Ryan, Anthony Rainbow, Johnny Doyle and Dermot Early and they are definitely a side for the future, but Dublin are still the team to beat in Leinster and that will be the first target.

Galway have promised so much but delivered so little under Pádraic Joyce. There’s no doubt they’re one of the best sides in the country based on talent alone but they haven’t shown enough just yet to prove that they can beat any of the top three or four. They’ve made the last six Connacht finals but only won two of those, so like a few of the teams above them, provincial honours will be the first thing on the to-do list. In Shane Walsh they have a superstar and there are plenty of others in the squad that can help Galway secure promotion to the top tier and push on later in the year.

Perhaps Derry should be a little higher, but Rory Gallagher’s men are very early in their development. One massive plus is the fact that the former Donegal and Fermanagh manager has got the county rowing in behind him and there’s no stone being left unturned in their hope of reaching the top tier. On their day, Derry look like a team that could match anyone and will certainly give Ulster a right rattle this season. But can they can be classed All-Ireland contenders? Not until they beat a few of the big hitters, which they could well do later in the year. 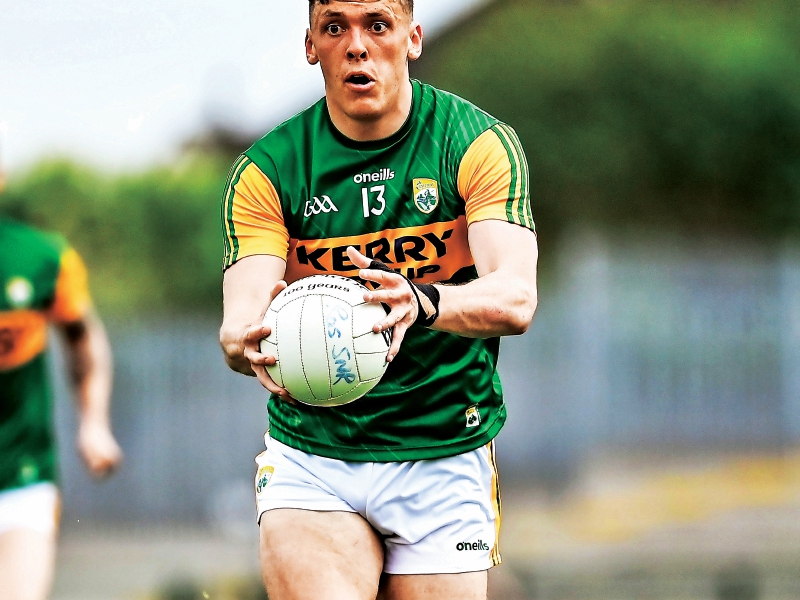 ONE TO WATCH…Kerry, and David Clifford, have started the season strongly