TIME is that most precious commodity and as coaches or players participating in an amateur sport it is essential that we maximise our time both as a collective and in what time we can give individually to furthering our chances of success.

In today’s column I will outline how my week runs typically mid-season and what basic demands and requirements I place on players in groups I am involved with.

This season I am involved with my home club as Men’s Senior head coach/manager enveloping the structures of U-19, Senior Reserve and Seniors under one umbrella.

We have a base number of 50 Players involved across all squads. Facilitating the playing needs of all players is at times difficult and as a coach you simply must make peace with the fact that it is impossible to keep all parties happy at once.

However, when players can see that you are fully invested, approachable and genuinely interested in them as people and not just the footballer then you have an opportunity to develop and expand on your ideologies. As Theodore Roosevelt once quoted ;

“People don’t care what you know, until they know that you care”

A typical week in the life of this team now revolves around Sunday afternoon Senior games.

Everything else spawns from that. For years the accepted norm across club football suggested that a team trains on Tuesdays Fridays and plays games on a Sunday.

I like to challenge that idea and have over the past number of seasons scheduled collective training on Wednesday evenings offering further recovery time from a Sunday afternoon game, increasing player recovery period from 50 to 74 Hours.

Indeed, using the measuring stick of sports science, it is widely recommended from the highest levels of elite sport that players should be afforded a 72-hour window between games and sessions where players will be exposed to higher intensities.

What I have seen first hand since introducing this is an increased participation mid-week and a lower volume of soft tissue injuries. Vindication.

Mid-Season Wednesdays Session will typically involve a small amount of collective video analysis on the previous weeks game, a 25-minute injury reduction session and a brief period whereby a select group of players will outline the groups intentions for the session ahead. After that we are on the field for an intense warm up factoring in a high volume of basic skills execution.

From there we will look to incorporate game scenarios mostly replicating situations that have spawned from previous games. Creating scenarios and setting challenges in your collective sessions over time will condition your players to adapt to the these stressors in real time. Friday sees the group partake in the second collective pitch session of the week and here we look to sharpen up tackling, distribution and shooting all with in a condensed time fame – typically 50 minutes or under.

We will finish the session with a team meeting outlining the structures for game day, I find imparting the game plans and any tactical nuances well in advance of a Sunday afternoon to be particularly beneficial. It means that players can settle into their respective roles allowing for increased focus in the lead up to the game.

Mondays, Tuesday and Thursday are all free days whereby players can schedule in their recvovery, gym and skill sessions in their own free time.

It is important to not be too restrictive – so long as the individual sessions are being carried out to a high-level then players in turn appreciate the additional time they can give to matters outside of football. 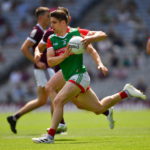