I WILL give you a fair warning on this week’s article. The following seven hundred or so words have a huge triggering potential. So if you’re on the irritable side of things I’d maybe give just skip onto something else.

It’s funny where the origins of different ideas and thought processes can come from, and this particular one is dripping with irony. It was Championship weekend in Tyrone, like it was across the country, and the allure of post-mortem pints was stronger than ever.

Nothing beats the cut and thrust of championship football. It’s infectious even from the stands. You can’t help but become more invested in the games, and as such the desire to pick the bones off it once the final whistle goes is hard to ignore.

So into the pub we went.

“Four pints of stout when you’re ready there.”

The first mouthful had hardly passed the lips when the suggestion of a chippy was collectively agreed upon. The merits of whether to get pizza or burgers were as keenly argued as the effectiveness of the winning team’s kick-out strategy.

Pizza was the winner. And a kick-out that can beat the press won too.

Three pints in and half a pizza later the conversation was interrupted by the arrival of some of the players into the bar.

Like warriors returning from battle awaiting their spoils, the pints were lined up like trophies ready to be claimed.

“Those boys are in serious shape. You forget the order they’re in until you’re standing beside them sucking the belly in.”

And it’s at this point I’ll drop one more trigger warning.

Because it was as if a lightbulb had gone off over the table. Illuminating the pints and pizza. Shining an uncomfortable light on the shirt buttons that were being asked to work a little too hard around the midriff.

“I’m drinking too much.”

“I’m eating far too much shite.”

“I haven’t trained in years.”

The three lads shared an epiphany and looked at me with an uncomfortable gaze. “Why have you never tried to get any of us into the gym with you?” was closely followed.

The truth was I had. Plenty of times. But there was always an excuse.

Too busy. It’s not really my thing. I’m enjoying not being tied down to having to train. Sure what would I need to train for? Etc. Etc.

And inevitably, as is so often the case, when you’ve lived the majority of your life training, looking after yourself and having goals to work toward, once one domino falls the others follow.

Before too long you’re popping in for a pint or two after work on a Friday. Then after a while, you see who’s about on a Thursday. There’s a good Monday night game on so I’ll watch that in the pub too. Or maybe I’ll have a couple of beers while I’m watching it.

It’s been a long week. I need to decompress. Fancy a nice bottle of wine? Or two. Each.

We’ll treat ourselves to a takeaway tonight too, OK? Sure it’s Friday.

What do you mean we’ve no food out for dinner? We had a pizza Friday, so we’ll try a Chinese tonight instead.

The norm used to be training three or four times per week. Feeling fit, active, healthy, happy and fulfilled. And for so many now it’s drag your ass through the week, numb yourself with alcohol and comfort food, complain about everything and everyone around you and take as little responsibility for how you feel and who you’ve become as possible.

How did you go from that go-getting animal into this neutered sloth?

And how can you turn it around?

The first thing is holding your hands up and saying, I need to raise my standards.

The second is raising them.

Cut back or cut out alcohol for the next few weeks and see how that makes you feel. Try and make the house a takeaway free zone while you’re at it.

And instead of messaging your mates to go for a pint, message them and see if they would like to go to the gym.

Do that for a month and see if the person looking back at you in the mirror is thanking you for the decision you made today. 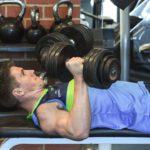 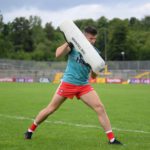