AS highlighted in my previous article, linear speed is important but our national games are also multi-directional.

Players require that ability to decelerate, change direction, to roll or side step an opponent and even the basic skill of jumping and landing safely. Reducing the risk of injury alongside performance enhancement is what should underpin every strength and conditioning program.

While not having all the answers, I am a big believer in the ability to move better – something I value as a player and coach. I think though these skills are not valued enough. As world renowned S&C coach Kelvin Giles used to preach: “we must look to keep the physical one step ahead, of the technical and tactical.”

One question that needs to be a continually asked is whether a physical limitation is impacting negatively on sports skill execution. This is relevant to all players on the journey from youth to adult. Why is his tackling poor? Is it the coaching? Has the player just bad habits that take time to correct or is the player unable to move their legs correctly due to a physical limitation?

Many players have huge desire to get bigger and stronger but with no emphasis on good range of motion, movement or stability and been able to control this new strength and size. It’s like having a Ferrari engine but with poor brakes and suspension. A car crash waiting to happen!

You can understand a player’s misguided opinion regards training, but it can be the missing link to applying strength and power effectively on the field. This can be a co-ordination, mobility or stability deficit. Can the player get into the right positions? Due to genetic influence not all players are expected to be the same but none the less due to the more sedentary lifestyles now, it is a big issue with many players.

Education is important as players move through underage to create awareness of their overall development. Spending time improving hip mobility, running mechanics, or jumping ability can be boring for most. Appropriate strength training can also help with improving an athletes’ range of motion. To excel though players need to realise how limitations in athleticism may negatively affect their sports performance.

Some players naturally no doubt will be better at changing direction, jumping or covering ground. It shouldn’t be assumed though that since a player is good at their sport that they can’t make improvements in physical performance. In some situations like a late developer, they might not have been exposed to any development squads or athlete development coaching.

Ideally it is about identifying players who are been held back by a physical limitation. Or if you are coaching a team finding out what training the players have been exposed to previously. Have the end in mind and work back from there. This is where an effective club development plan comes into play.

At underage you can have the big strong player who used his physical advantage to literally run over players. Suddenly once past minor due to growth and maturation, this player no longer has a physical advantage. What we see now is a one-dimensional player, repeatedly taking the ball into contact and losing possession. As coaches are we aware of this at u-14 and u-16 or is it just about the now and winning?

Similar to linear speed, decision-making has to be involved to ensure transfer from the training ground to match day. Can a player select the right movement solution depending on the positioning of both themselves and their direct opponent? This scenario is continually changing in a game, which is what makes it challenging. This is where conditioned games or scenarios have their value rather than the majority of training involving isolated drills.

Rome certainly wasn’t built in a day but with the right training completed consistently, improvements can be made. 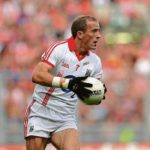 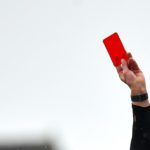 Denn wait the outcome of appeal against goalkeeper’s red card