IT’S now 12 months further away, but GAA fixture planners have been warned – get the final day of the league sorted.

The debacle of Division Four not having all the games at the same time needs eradicated.

That’s a basic requirement, but that’s only the beginning.

The divisions need staggered to give the media a better chance to showcase the games.

Much has been said about various broadcasters, of what they did and didn’t do. But let’s concentrate on the positive – TG4.

They have been delivering GAA to a wider audience, putting the club game and National Leagues firmly on the map.

Their split screen model on Sunday was excellent, but the GAA need to help them out here. 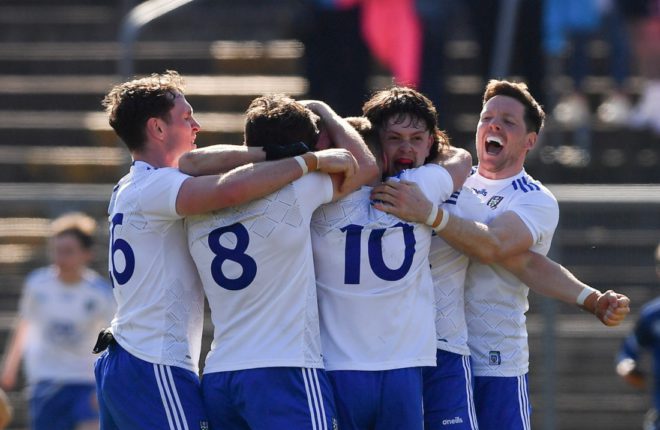 Those not working in the media probably don’t fully appreciate the implications of having every game on at the same time and the resources strain it creates. Companies don’t have a bottomless pit.

In the next 12 months, the GAA have plenty of time to roll it out and let media outlet bring the drama to every corner of the world.

Jack McCarron, Darren McCurry, the Dubs, the Sligo/Leitrim rivalry – all stories from last weekend – they all deserve better.

At the time of writing, Derry and Sligo hurlers don’t even know where or what time they play on Saturday, in their biggest game of the season.

There is a GAA outside the top tier.

If you were pondering a decision between playing in the Tailteann Cup and jetting across to play a summer of ball in the US, the lack of respect for the game below the top level would help make up your mind.

READ MORE – Down must draw up a long-term plan. Click here…