THERE was no question who the man of the match was in the 2012 All-Ireland final, the Donegal captain led Jim McGuinness’ men to the ultimate prize 20 years after they captured their first title. Murphy was a powerhouse at full forward and tore apart a helpless Mayo rear-guard. His first half goal is one of the best majors in recent memory and an iconic score of the McGuinness era.

THE 2010 Player of the Year got his hands on a second All-Ireland medal with a truly outstanding performance and this game was one of many that Mayo will look back on with huge regret. There was only one winner of the man of the match award as the younger of the Brogan brothers ended the game with 2-3. His deft flick to the net narrowed the gap to just one at half time while his second goal after the turnaround put the Dubs ahead and they never looked back.

THE last Kerry man to earn the honour before this season, Paul Murphy was one of the leading lights in the Kingdom’s defensive display that outmuscled Donegal by three points in 2014, thanks mostly to a Kieran Donaghy goal in the second half and Murphy chipped in with a score himself. Murphy was one of the few Kerry players still playing at the highest level, along with the likes of David Moran and Paul Geaney, that got their hands on a Celtic Cross before last Sunday.

FENTON went on to accompany his man of the match performance with the first of five All-Stars in six years. As far as Dublin and Kerry games go, this All-Ireland final failed to live up to the hype and was anything but a classic. The weather played its part and drowned out any hope of free flowing football, yet Fenton stood above the rest and opened the scoring that day with the game’s first point.

TWO first half own-goals from Mayo kept Dublin in the game and the sides eventually ended all square. Dublin wing back John Small scored an important point that kicked started a scoring spree for his side, but Mayo levelled to earn a replay. Michael Fitzsimmons was the star man the following day out, although just a late addition to the starting line-up, he showed his worth in the full back line.

McCARTHY will go down in history as one of the greatest ever to grace Croke Park and one of the few to have collected eight All-Ireland medals throughout his illustrious career. This is probably the best chance Mayo had of reaching the promised land, but McCarthy made sure Jim Gavin’s men remained on top with a customary superb performance and the Ballymun man finished with 0-2.

McCAFFREY is one of the few players in history to pick up back-to-back man of the match awards and demonstrates the quality that Dublin are currently missing due to his absence. McCaffrey saw off the other contenders, teammates Paul Mannion and Ciaran Kilkenny to take the honour as Dublin defeated Tyrone by six-points.

McCAFFRFEY netted one of the best goal ever scored in an All-Ireland final in the drawn game against Kerry. Along with Brian Howard’s super catch, McCaffrey’s stunning pace beat the Kerry press and he fired low and hard to the net. Ciaran Kilkenny was the man that made the Dubs tick in the replay as his man of the match display led Jim Gavin’s men to a famous five-in-a-row of All-Ireland crowns.

O’CALLAGHAN was at his best as Dublin picked up their sixth straight All-Ireland title, this time overseen by Dessie Farrell. Dean Rock netted in the first half to give the Dubs a foothold in the game, but it was ‘King Con’s’ fisted three-pointer that created history and put the result out of reach for Mayo.

THE ‘Dazzler’ turned on the style with a memorable display in last year’s showpiece to add another woe to Mayo’s growing list and gained the Red Hands first All-Ireland title since 2008. The Tyrone sharpshooter top scored on the day with 1-4 (1-2 from play) and it was his goal that confirmed Sam was heading north. The Edendork attacker also went on to pick up his first All-Star award.

BOY wonder David Clifford was an easy choice for man of the match from a Kerry perspective last weekend but faced stiff opposition from Galway pair Shane Walsh and Cillian McDaid. Clifford has finally got his hands on an All-Ireland medal and when everyone else in the green and gold failed to live up to expectations, Clifford stood tall and delivered a fantastic All-Ireland final display. 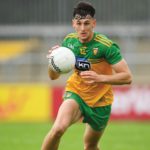 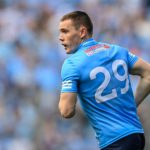 STEVEN POACHER: King Con -if fit -can cause another Dublin coronation 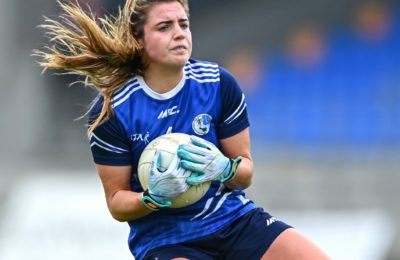 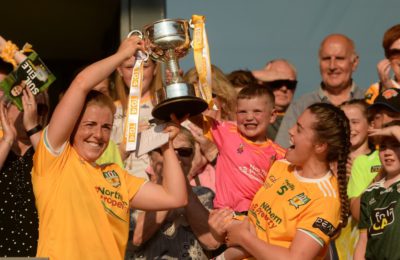