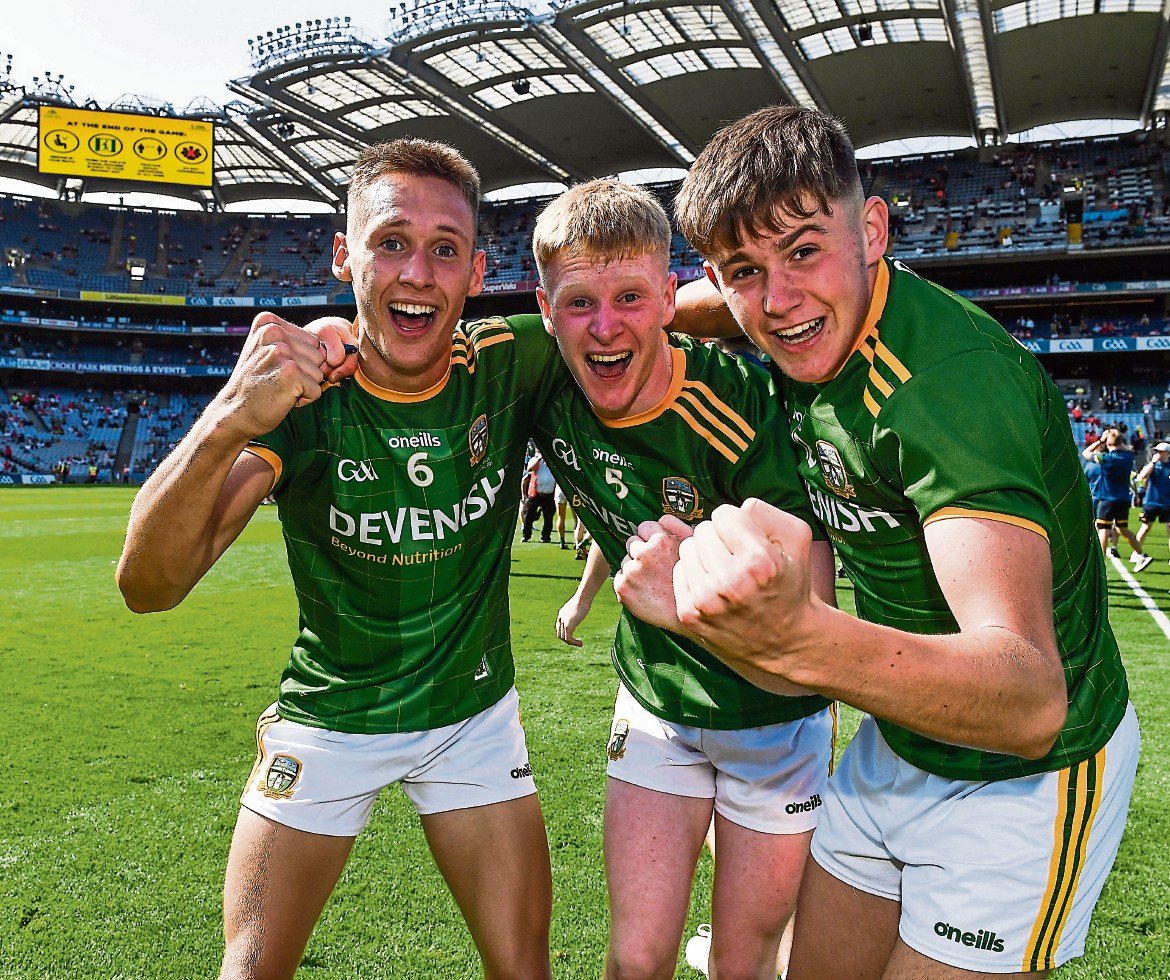 Meath won the U-17 All-Ireland, but the age group has its detractors

THE drop out rate in Gaelic games is shocking. In almost every sport, if a player continues to play until he is 20, then he is highly likely to play on until he is in his 30s. Not in our games. When it comes to the greatest amateur sporting community in the world, participation used to drop off the cliff at 18.

Now, with the reduction in minor grade to 17, it is a year earlier. In hurling and camogie, the drop out rate is just over 60 per cent. In Gaelic football, it is almost 75 per cent (ESRI study, 2013). Think about that. In an Association supposedly based on participation and social cohesion, at least 75 per cent of our young women and men quit in their prime. It is not known yet what effect the new u-17 age group will have on this, but it can only be worse.

All of the above have been caused by the GAA not doing its job. In Kildare this year, having refused to move to u-18, they unveiled an experiment. They introduced a new u-23 grade. The thinking behind this was to a) give regular games to players who were in the post minor bracket but not breaking into the senior team and b) retain players into adulthood so that they would see the wider benefit of the GAA and be more inclined to stay involved throughout their lifetime. Let’s say around 80 per cent of players who finish minor level will not play senior. Without a meaningful competitive league and championship, they will simply drift away.

After all, they can get a competitive game of soccer every week come sun or snow. Or they can devote themselves to bike racing or triathlons or serious running. The short-term result of this is that they lose out on playing the game they love during their prime years. The longer-term result is that our communities are losing young men and women who might otherwise become life time volunteers, coaches, administrators, general do-gooders around the club and all the rest.

As a result of the failure to provide regular games for the vast majority of our adult players, we have unbalanced clubs. By that I mean we have great participation at underage level until 17. Then a handful of committed senior players. A lack of administrators, or certainly in many clubs, good administrators, because we are basically stuck with whoever is prepared to do it. We have parents coaching the underage teams rather than an independent meritocracy, which can be very off-putting, can cause problems of bias and favouritism and often works against longer term success for the club. So you have loads of kids, a squad of adult players and older admininstrators. Basically that whole 17 to 50 age group is missing.

In Kildare, they think they have cracked the problem. Their experimental u-23 grade has been universally acclaimed in the county. It has been a vibrant competitive year of football for their young adults who would otherwise be lost to us. Players develop at different rates so some will even make it to senior level. And when you retain players until they are 23, they are more likely to see the true benefit of the GAA community.

A 17-year-old on the other hand cannot possibly see this. They realised this in Kildare and instead of waiting for central GAA (who are obsessed with the top intercounty games and the GPA) to do anything about it, they went for it.

Why wouldn’t they be? Isn’t it the perfect age group for lads to be playing exciting football? Yvonne Nolan messaged me to say “Our u-23 championship in Kildare has been excellent.

Lads who are u-20 and our younger senior players all playing together. It has kept lots of young lads playing who would otherwise have stopped playing after minor moving to u-17.”

Great also for players who missed minor altogether because of covid.” Shane O’Sullivan messaged me with “a photo of the triumphant Clane squad celebrating in the pub. “As you have said, the experimental u-23 grade has been a success.” To be fair, there were more pints on the table than at a World Darts final. I spoke with Marty McEvoy, a life long administrator in his county and Leinster and a passionate volunteer in his club, Athy.

He said “For all the reasons out there, Kildare defied the recommendations to move to u-17. We stuck with u-18. This year’s u-23 trial however has been the best thing we have done. It has gone down really well with the clubs and players and has changed the whole dynamic of the GAA in the county.”