Background: It remains to be seen who will manage the Antrim U-17s next season. They did well this year to claim a surprise win over Monaghan in the first round of Ulster, before they were brought back down to an earth with a bump against Tyrone. Paul McErlean, who does great work for GAA in the county, managed the team but it hasn’t been confirmed if he’ll be back in 2023.

Background: Fermanagh native Niall Jackman is back in charge of the Antrim U-20s in 2023. They had a difficult campaign results-wise, both in the pre-season competition and Ulster Championship, but they showed real fighting spirit in a backdoor clash against Monaghan, losing by only a single point. There’s some good minor footballers coming into the team this year so it’ll be interesting to see how they get on.

Background: A man with a bucketload of management experience stretching back more than a decade, Brendan Hughes, is back for another year in charge of the Armagh U-17s. They had a great win over Derry in August 2021, but the Oak Leafers achieved a reversal of that result in this year’s campaign. The Orchard Academy is doing work behind the scenes but it’s been a while since Armagh have been a real force at underage level in Ulster.

Background: Oisin McConville has been handed the reins to the Wicklow senior job, but Gaelic Life understands that he will remain involved in some capacity with the Armagh U-20s. It’s the second year of O’Hagan and McConville’s tenure, and they’ll be hoping to make a bigger impact after shipping a big defeat to Donegal in Ulster, albeit their captain Lee Rice was injured.

Background: Seanie Smith, who managed Mullahoran to an Ulster Intermediate final appearance, in 2018, is back for a second year in charge of the Cavan U-17 team. They had a reasonable campaign this year in Ulster, giving Tyrone a great game in the first-round before eventually being outgunned, and reaching the semi-finals where they lost by five points to Derry.

Background: It’s no surprise that Damian Donohoe is back in charge of Cavan U-20s. There was some uncertainty last year as to how things would go, but they had a remarkable campaign, qualifying for the Ulster final in style. They were unlucky in the final against eventual All-Ireland champions Tyrone, losing by a point on a day where the referee didn’t do them any favours.

Background: Damian McErlaine is set to manage the Derry U-17s for a second stint.. He led Derry to three successive Ulster Minor final appearances between 2015 and 2017,while they were undone in the 2017 All-Ireland final by a David Clifford-inspired Kerry side. His time in charge of the Derry senior team didn’t go so well, but hopes will be high that he can work his magic with the minor team once again.

Background: Marty Boyle is stepping up to the U-20 gig in Derry after a fruitful period at the helm of the Derry U-17s. He led the team to the delayed 2020 All-Ireland title, played in the middle of 2021, and they also reached this year’s Ulster final where they gave a good account of themselves against Tyrone. He’ll know many of the U-20 players so his appointment makes sense in every respect.

Background: Donegal are yet to announce who will be in charge of their intercounty teams next year, possibly due to the delay in appointing a senior manager. However, it’s unclear whether Luke Barrett, a talented young coach, will be back for another year in charge of the U-17s. His Donegal side bowed out on penalties against Tyrone in the Ulster semi-final, but it isn’t yet apparent whether he’ll be back in 2023.

Background: Gary Duffy led Donegal to an Ulster semi-final against Tyrone earlier in the season, with that game going to extra-time. He had an impressive backroom team that included former Donegal footballer Leo McLoone, but as things stand, it hasn’t been confirmed who will lead the team next year.

Background: Down legend Benny Coulter will manage their U-17 team next year. The hope is that it will breathe fresh life into the set-up as they had a pretty miserable campaign this season under Patrick Cunningham. Coulter has managed at club level in Down, and has happy memories of his own days at minor level, winning an All-Ireland title in 1999.

Background: Conor Laverty is already accustomed to a busy lifestyle and will continue to hold the reins at U-20 level despite his recent appointment to the senior job. He led Down to the Ulster U-20 title in 2021, and his assistant Martin Clarke will also be involved in helping out the senior team.

Background: Tony Collins and Raymond Johnston have stepped down after only one year in charge, and this position is yet to be filled. It’s slightly disappointing from a Fermanagh perspective that they decided to leave their posts, as they secured an impressive win over a lacklustre Down team in the Ulster Championship.

Background: Maurice McLaughlin will remain in charge of the Fermanagh U-20s for a third year. They had a solid pre-season campaign last year prior to a disappointing defeat to Down in the Ulster Championship. McLaughlin has plenty of managerial experience and there’s some good young players filtering through in Fermanagh.

Background: Dermot Malone retired from senior intercounty duty this year but he isn’t putting the feet up and is set to manage the U-17s in 2023. In a recent interview, the 32-year-old said: “I’m over the moon, it’s phenomenal. We’ll be setting our goals but ultimately we want to see as many of these players as possible playing senior inter-county football in a couple of years.”

Background: It’s yet to be confirmed who will take the Monaghan U-20 team in 2023. They’ve been competitive in the competition in recent years, but they were ousted by underdogs Cavan in the first-round of Ulster back in early April.

Background: Popular Stewartstown man Gerry Donnelly is back for a third year in charge of the Tyrone minors. He’d led the Red Hands to back-to-back Ulster titles, and they came agonisingly close to getting the better of Meath in last year’s All-Ireland showdown. He also has a talented back-room set up that includes Ciaran Gourley and Conor Gormley.

Background: It’s no surprise that Paul Devlin will be back for another year in charge of the Tyrone U-20s. Not only did he lead them to All-Ireland glory this year with a fantastic victory in the final over Kildare, but their star performer, Ruairi Canavan, is eligible for selection again next year. It’s also likely that his right-hand man Dermot Carlin will remain involved. 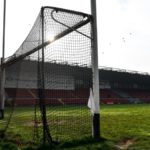 Opinion: Time for Down to collectively take stock 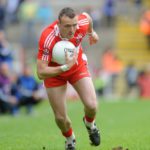 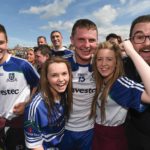