IN a way, match previews are an exercise in futility.

I mean, what sooth-sayer would have predicted that Kilcoo goalkeeper Niall Kane would have scored a goal from a ’45’ in last year’s All-Ireland final.

Or that the game would be won in the closing stages of extra-time following a goalkeeping cock-up from which Kilcoo took full advantage. It’s the beauty of sport, I suppose.

But in saying that, we all love a good yack and GAA fans up and down the country will be making a case for either Kilmacud Crokes or Watty Graham’s Glen to get their hands on the Andy Merrigan Cup this Sunday at Croke Park.

Kilmacud are favourites, and that’s understandable. They were a sniff away from winning last year’s final and have, ahem, recruited Galway star Shane Walsh to the ranks this season.

As a fella journo pointed out  this week, their club membership of circa 4,800 is more than the population of Maghera, and they’ll have a burning desire to make amends for their gut-wrenching defeat to Kilcoo in last year’s decider.

But in saying that, Glen aren’t exactly a fish out of water. Yes, they only won their first ever senior championship title last year, but their players are accustomed to the big day. MacRory Cup and Hogan Cup
finals with St Patrick’s Maghera, Ulster Minor finals and all the rest of it – you wouldn’t imagine players of the calibre Conor Glass will suffer a case of the jips, put it that way.

Speaking of which, Glass was uncharacteristically quiet in their All-Ireland semi-final victory over Maigh Cuilinn, but he was still recovering from a bout of the flu and there will be other things that manager Malachy O’Rourke will be more concerned about in the lead up in the final.

Imperious in spells, average in others, Glen probably should have killed the game off in the first half but they gave away needless frees and hit a string of wides and almost ended up paying the price for their loss in focus.

They played with fire when the game entered squeaky bum territory as well – they struggled with gaining possession from their own kick-outs when Maigh Cuilinn pressed high up the pitch, and their short kick-out tactic almost backfired on a number of occasions.

Even though their All-Star midfielder Glass has presumably fully recovered by now, Kilmacud Crokes have a formidable midfield sector and Glen will perhaps swarm the middle in an effort to avoid a repeat of their semi-final difficulties.

The word on the street, for what that’s worth, is that Kilmacud Crokes manager Robbie Brennan has zeroed in on Glen’s Ulster Championship opener against Errigal Ciaran as a template for beating the Derry men.

After 30 minutes, the Tyrone champions, attacking with blistering pace, led by four. Perhaps more notably, they had scored nine times to Glen’s three.

That said, Glen made the necessary adjustments in the second half, starving Errigal Ciaran of possession by going after Darragh McAnenly’s kick-outs, and
their willingness to go to the well has been in evidence throughout their championship run.

Some heroic last-ditch defending saved the day against Kilcoo in the Ulster final, while Jack Doherty’s block on Peter Cooke did likewise in the All-Ireland semi-final. Centre-half back Michael Warnock’s fisted point was an inspirational score on the same day, and Emmett Bradley stood up to the plate with a warrior-like display when the fat was in the fire against the Connacht champions.

You could go through the entire team really – this is no ‘get the ball to such and such’ operation.

So far Glen have managed to compensate for the absence of Ciaran McFaul, with the likes of Tiarnán Flanagan, Cathal Mulholland and the aforementioned Michael Warnock impressive when running from deep.

While they haven’t been shooting the lights out – their winning scores since leaving the confines of Derry read 3-10, 1-10, 1-12 and 1-11 – it is winter football and they’ve only conceded more than 0-12 on one occasion since their first group stage match in the Derry Championship, that being against Errigal Ciaran, who racked up a total of 1-12.

If they can limit Kilmacud Crokes to a similar tally, that’ll be half the battle, and whoever is tasked with picking up Shane Walsh will get plenty of assistance from his colleagues at the back.

While this is Glen’s first taster of All-Ireland final day, our hunch is that they won’t be overawed by the occasion. Their players have already deposed last year’s kingpins Kilcoo, they’ve had a game in Croke Park under their belts, and they have one of the best managers in the game patrolling the sidelines. Kilmacud are strong but are by no means invincible – they struggle with holding onto a lead, their goalkeeper Conor Ferris is mistake-prone and last year may have left some lingering scars. It’s difficult to predict these things, but Glen have every chance of a famous victory.

PATH TO THE FINAL
GLEN 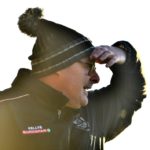 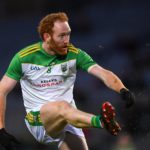 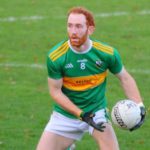 A different feeling for Glass as Glen retain their Derry title