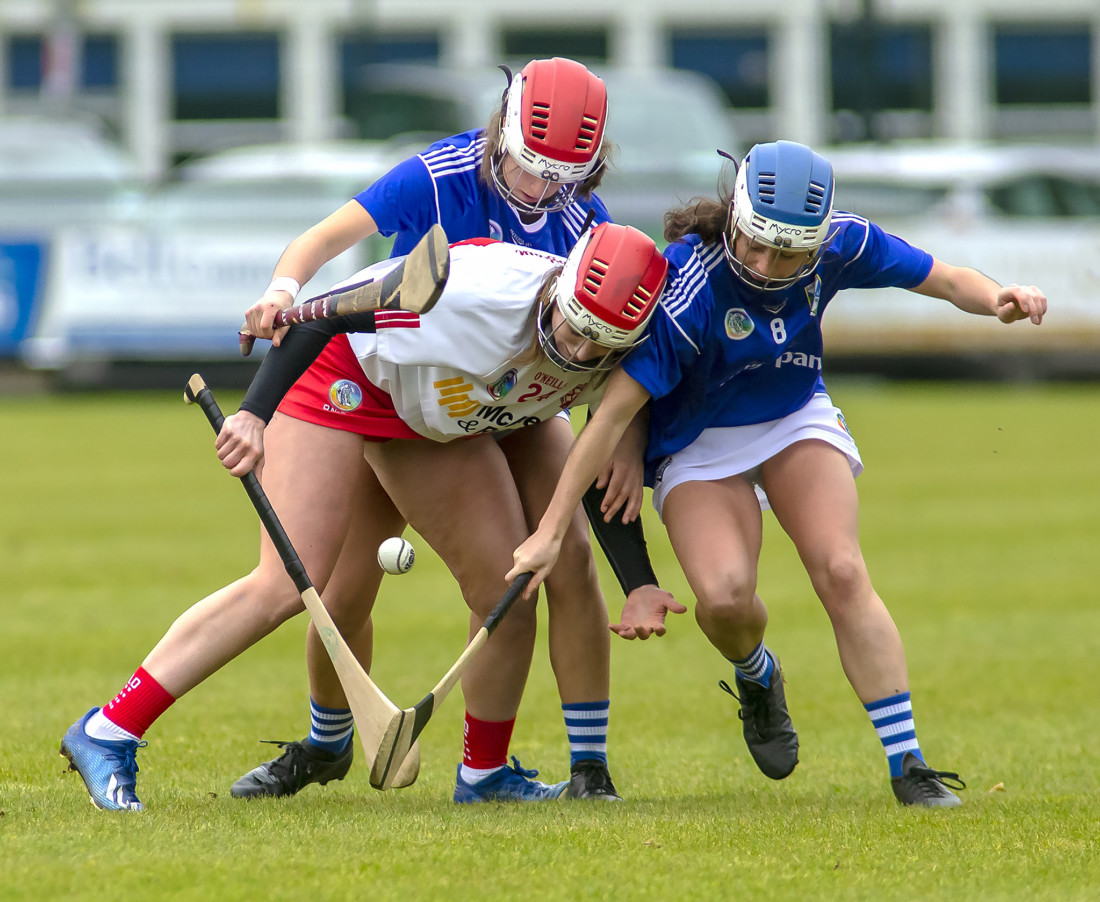 Tyrone's Rebecca Barker tussles for possession of the sliotar with Cavan's Aine Finnegan.Jmac-05

CURRENTLY the Camogie Association have not made a decision as to whether or not they will go for a split season or not.

I really hope that they do decide to go for a split season. I think if they don’t that would be a great opportunity missed. Last year we saw how great a split-season was for our games.

So many people enjoyed the split season, so to not do it would be a step backwards.

Last year, for myself, having a split season was fantastic. For a player who plays on a club or county it cannot be overstated how good that was.

There were so many benefits, for example we were able to plan out things. Then there was the coverage. Our games got so much coverage on TV and online. It was great.

I know that this year they are playing a reverse of last year, with county action going first in the men’s game.

It would be good if the county was first in camogie so that they county girls could go and focus on their team and then that is it. There would be no added pressure for them to have to choose between club and county.

Last year when club was played before county it was also good because when the girls came back to the club they had a very strong element of fitness.

Recently the Camogie Association ruled on how they were going to allow space for dual players to be able to play.

This issue is connected to the split season as well as both address overlaps in the season.

The motion was put forward last year to allow the facilitation of dual player but it was defeated. I remember there was uproar at the time, as it was seen as a step back, but I don’t think it was as straightforward as that. This time around they had had a year to think about how it was worded.

They recognised that there is more dual players in ladies football and camogie because they have a smaller playing pool.

The motion passed this year and it proves to girls that they can play both and it is also a commitment that there won’t be as many fixture clashes. If there are fixture clashes it will be up to the two associations to sort it out instead of putting the pressure on the teams or the girls.

I only played dual for a couple of years. I think there was only one really bad clash in that time. Camogie always came first for me. There was only one occasion when I picked football first.

I know that there was more pressure then to play for both. There wasn’t the same awareness of injury or fatigue.

What will help now is that managers will have more cop on about what players need. They will want to work with players rather than being dogmatic and telling players that if they don’t turn up then they will not play. If it is written into the constitution then they have no choice but to do it.

Sometimes we forget that the associations are making rules for the good of everyone. But we hear a rule and we think of ourselves. And then we give them more grief than they are entitled to. We have to remember that when they are making rules they are looking at many codes, and they have to make the best decisions for all players involved from juvenile up to senior level.

That message that they are doing that for us is often lost.

So with that in mind the decision to start training again this weekend has been very positive.

When the notice came out and everyone was allowed to go back to training tit was great news, and this Monday was brilliant.

I was at the club and our underage players were training, and our senior footballers were training. There was genuine excitement. The atmosphere was like the build-up to a championship. You would have sworn that it was more than just a training session.

There were so many people there who were smiling, and who said that it was great to be back. I was speaking to one of the parents and her child has been in school a total of eight weeks in the past year. She hasn’t seen any of her friends. She hasn’t been out and about.

The girls that I am coaching were actually very giddy. It is so important for them to be back and getting that social interaction. That’s what has been so great about this week.

There is a chance now to make the camogie seasons better and maintain that positivity, so as I said, I do hope that the split season is introduced.