AS it’s currently the off season, I decided to mix it up a bit with a non-coaching column.

I have decided to pick a team composed of the best county players I have seen in the flesh.

These are my personal favourite players so I’m not suggesting a debate on the best ever, just players I have enjoyed watching over the years. The time -frame I will pick from roughly corresponds to the last 30 years.

I first started going to Armagh matches in the very early nineties with my father Desy and uncles Peter, Kevin and Danny. The game was different back then, no sweepers, no paralysis by analysis and my Mum tells me I had hair, though I can’t remember.

I managed to make it all the way to Croke Park in 1992 following the Armagh minors and was smuggled under the gate as my uncle gave my ticket to a Donegal man who had no ticket, what a hero.

I shared a seat with my brother Gareth and we had enough sweets in us to kill a horse before the warm-up had even finished. Indeed, when Donegal lifted Sam in ‘92 you can actually see my Armagh flag at the very back of the picture.

The 1993 season produced another great run for Armagh when we drew three games in the Ulster Championship, came back from the dead against Fermanagh and eventually lost to Donegal in the semi-final replay. My uncle Peter very kindly recycled a poor Donegal supporter’s air horn that day with his boot.

Then we Armagh fans got spoiled for a period from 1999 to 2008 when Croke Park became our second home and I was treated to the spectacle of watching some of the best players from all over the country.

Last year going back to Croke Park for the Galway match felt like a changing of the guard for me. I now had my sons with me and I hope they get as much enjoyment from the games as I did, I also hope they get their mother’s hairline.

So here is my favourite 15 from 1992-2022. With my all-time favourite player being David Clifford, who I believe will go on to be the best player of all-time if he avoids injury.

Karl Lacey
One All-Ireland, four All-Stars, Player of the Year 2012.

Kieran McGeeney
One All-Ireland, three All-Stars and Player of the Year 2002.

Lee Keegan
Five All-Stars and Player of the Year 2016.

Trevor Giles
Two All-Irelands, three All-Stars and Player of the Year 1996 and 1998.

David Clifford
One All-Ireland, four All-Stars and Player of the Year 2022. 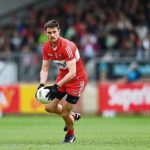 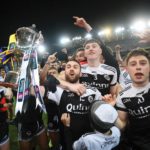 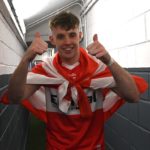 Ready to make the breakthrough