IN the modern GAA, it has become increasingly more common to see clubs go for outside managers. In fact, at senior level I would wager a guess that 80 per cent plus have either an outside manger or a coach from another club.

This week I have made the tough decision to leave my beloved St Bride’s in Louth. I have spent the last four years there, making me the longest serving manager in Louth, and after a titanic battle with Ardee in the senior quarter-final it’s time for a new voice.

Managers and coaches have a shelf life and eventually players need a new perspective and fresh ideas. It is better to leave while you’re still wanted and knowing your time is crucial, as often emotion can blind you.

In my time there we won an Intermediate Championship, their first championship in 53 years, and contested two senior quarter-finals. This, however, does not tell the story of managing another club. It is all about the people and relationships you form.

Modern day management is 24-7 and as such you’re interacting with players, coaching staff, committees and supporters on a daily basis. It is only natural that these people become friends, and as such it is always hard to leave.

I had a particular closeness to the St Bride’s players and to say it was emotional to leave is an understatement. I’m reminded of a quote from Harvey Dent in Batman, ‘You either die a hero or live long enough to see yourself become the villain’.

I was by no means a hero but I am cognisant of the fact that the new approaches and ideas I brought would eventually become stale and counter-productive as players would become fatigued with the same message.

There are exceptions, such as Sean Boylan, Mickey Harte among others. They would often bring in fresh ideas through introducing new coaching staff. Indeed, I did the very same this year by bringing in Burren’s Donal O’Hare as a coach.

Donal is an excellent coach and brought freshness and renewed motivation for both the team and myself. He will go to the very top as a coach.

Ultimately, I believe there becomes a time when the process reaches its natural conclusion and a complete overhaul is required. This is a difficult time for me, and any manager who has given their heart and soul to a club.

Whilst the players, committee, supporters will embrace a new set-up they will remain together. I will lose those daily interactions, Whatsapp messages and friendships that have been preeminent in my life for the past four years. I may even have to start talking to my wife, who seems like quite a nice lady in fairness.

On the plus side, I find a burning desire for a new managerial challenge, whatever that may be. I have new ideas and strategies that hopefully another group is ready to embrace.

I will also not be a stranger to St Bride’s and will be the only supporter at their games with a Nordie accent. I wish to thank the players, committee and supporters for all the kindness they showed me. 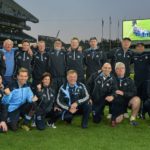 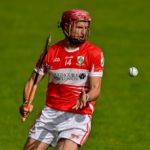