Advertisement
HomeNewsAsk the players – how can the Tailteann Cup be improved?
Advertisement

We garner the thoughts of players who featured in the first year of the Tailteann Cup, and ask where the competition can be improved

Initially when the idea of a second tier was brought in four or five years ago I wasn’t in favour of it but when the idea of a Tailteann Cup was crystallised, I supported it. In my younger years I thought there’s no reason why we can’t compete against the bigger counties but in my last year I’ve come round to it.

That definitely caught people by surprise, I wasn’t aware of it myself. Maybe that was my own fault for not reading the fine print but I think it actually worked out fairly well. I know a lot of supporters gave out about competitive fixtures, but looking at our game against Leitrim in Carrick-on-Shannon, it was a real local rivalry. It felt like a Connacht championship game and there was a big crowd. It sparked our own fanbase into action and a lot of them followed us to Croke Park for the semi-final two weeks later.

From our point of view, it was largely positive for us. In fairness to the GAA they’ve given it good backing, there’s been good publicity around it and having the semi-finals in Croke Park was met with mixed feedback but it’s a day out for the fans.

I think the Croke Park element was a positive thing. At this stage, there’s been so much restructuring, I think the GAA need a year to run things as it is then reassess. The bigger picture might be how the GAA look at the overall championship structure and I hope they won’t be afraid to make small tweaks.

I like what they do in a lot of other sports, tweaking the competition year-on-year and then landing on a format that works.

I’ll go with Cavan. We played them ourselves twice this year, they’re a strong team. They’re good defensively but also well fit to put up a good score. I think they might have enough to shut down John Heslin and their other scoring threats.

To be honest I thought it was a brilliant idea as it gives teams in the lower divisions more matches – it’s not just a case of playing the league and then most teams getting dumped out in the first round of the championship and that’s the year over.

Yes I didn’t feel this was right, they should have had an open draw and you could have played anyone. This also would have been better for supporters if the likes of ourselves were drawn against a team away down the country which meant they could have made a weekend of it and stayed down.

They should have the games played before teams competing in the Sam Maguire, it should be a level playing field and played on the big days of the year. The final of this competition should be on the same day as the All Ireland Final!

4. Who do you think will win the final between Westmeath and Cavan andwhy?

It’s a tough one to call, both teams were very impressive in their semi finals. I’m going to go with a draw on this one and finish with penalties.

I actually really liked the idea of the Tailteann cup. It gave teams a chance to be competitive against teams around their level.

The national league is very successful because the gamesare very competitive so in a once off knockout championship game everyone feels like they can win.

I think it’ll only grow from here on in.

Everyone would obviously like to be competing for Sam Maguires but being realistic it isn’t achievable for a lot of teams at the minute so the Tailteann cup is a great alternative.

To be honest I didn’t think much about the north/south agreement. I understand why they did it try, to keep a few local derbies and promote crowds.

I think as players you just go and play whoever you’re drawn against and don’t think anymore about it.

3. What can the GAA do to make the Tailteann Cup a more appetising prospect forplayers?

Advertisement would obviously be the big point. I think people from the counties involved in the Tailteann cup would say itdoesn’t get a whole lot of recognition on the Sunday game.

AIB did a great job but everyone goes to the Sunday Game to recap on the weekend so it could probably do with some more air time.

Westmeath. Both teams deserve to be in the final and are probably the two best teams in the competition this year. I think Westmeath will edge it.

Jack Cooney is a fantastic manager and has them flying and well set up.

I’ve worked under Jack before and he’s one of the best managers in the game.

Yes I would be supportive of the Tailteann cup because it gives counties more competitive championship games which can only be a good thing.

I felt it was a major issue as the majority of the stronger teams were based in the nothern section. Another issue was New York getting a by straight through to the quarter finals, I didn’t feel that was fair.

I feel it would be better if all the teams were entered into the competition at the same stage as well.

The Gaa could definitely provide better live coverage of the competition.

Giving players the recognition they deserve is the biggest thing.

I would say Cavan will win the final but I don’t think it willbe easy, Westmeath have a very good team and will definitely cause Cavan problems but I feel that

Cavan’s physicality and big-game players will be the difference on the day. 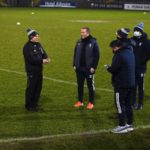 Former legend hoping Cavan can prove their worth 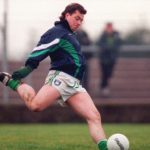