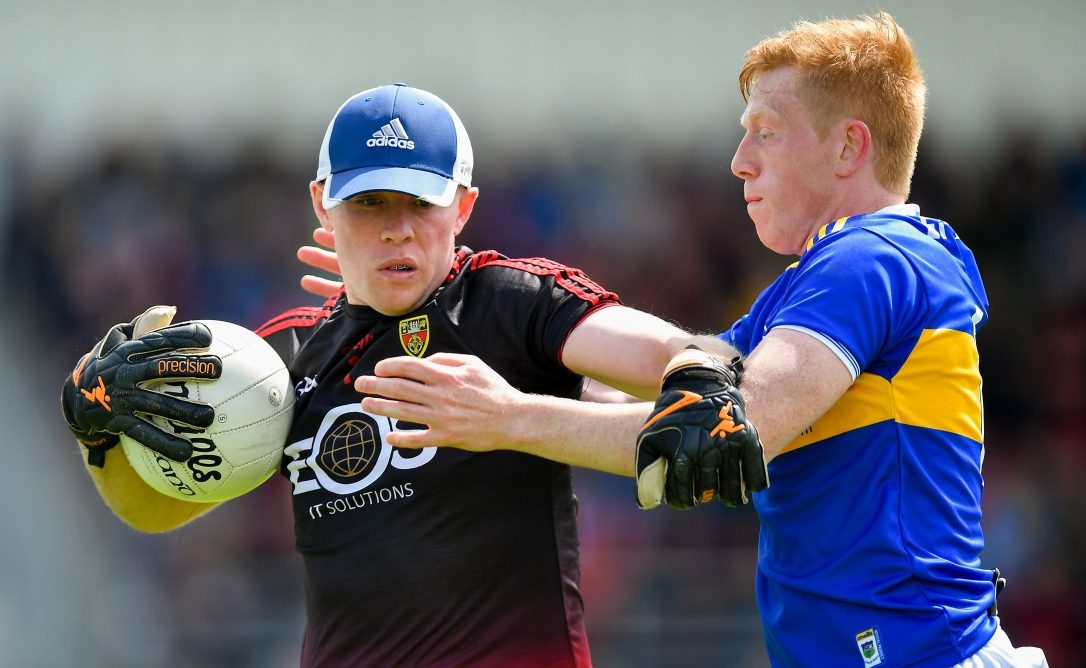 Last week, the GAA Congress passed a motion from Kildare club Raheens,
which will prohibit a defender who receives a kick-out from passing it
back to his goalkeeper.

The proposed rule was met with frustration by Gaelic Life columnist
Patrick Morrison, who said in his recent article ‘Don’t Fear the
Keeper’:

“The expected skillset of all goalkeepers has now grown to include
carrying the ball out of defence, free-taking, scoring from open play,
sweeper-keeper, marking attackers and becoming a quarterback on
restarts. The problem (with the rule) and what causes the biggest
frustration and outrage is that the change is uncalled for and does
nothing to improve the overall game as a whole.”

In response to this, we asked a selection of current intercounty
goalkeepers to give us their opinions on the matter.
Down’s Rory Burns, Tyrone’s Niall Morgan and Donegal’s Shaun Patton
gave us their verdict on the new rule change.

• Initial reaction to the rule change
Rory Burns:
“The people above us aren’t going to be happy until the ball is kicked
into the middle of the field and the high catch is brought back into
the game. They tried their best to get the high catch back in again,
by bringing in the mark in midfield, thinking teams would kick it
longer to get a mark, but teams still chip the ball out 10-15 yards,
to get the ball back into their hands.”

Niall Morgan:
“It seems like they want to go back to the ‘good old days’ as they
call it – just catch and kick. There’s so many of our skills that
could be celebrated more than just thumping the ball long. It’s sad
that they are making it so hard for us ‘keepers to get involved in a
game that’s supposed to be so inclusive. It’s becoming so important
that you have a goalkeeper that can adopt all different kinds of
scenarios and game-plans. This to me, just brings it back to, ‘Just
put your last player in nets because they’re not going to be
important’.”

Shaun Patton:
“You are going to have to see it in action before you see the impact
it has. Until it comes into the game, I can’t make a decision on it
because I don’t know what it is going to do, if it is going to be
positive or negative. Is it going to entice the ball to be kicked
longer and teams to press up higher? There could be so many different
factors that could lead from it, but you won’t know until you see it.
It could go one way or the other.”

• How tactics will have to be altered
Rory Burns:
“For some teams it’s a percentage game and being able to secure
possession and run the ball is a massive thing and with Down, that’s
what we do and thrive on: running the ball. I prefer getting the ball
back into my hands to secure possession. But, it’s the rules of the
game and we just have to get on with it.”

Niall Morgan:
“Kick-outs are a possession restart now, they’re not just for kicking
the ball out long. I’m a wee bit more against it, because of the way I
play and the way Tyrone play, but it will entice teams to press up a
bit more. There’ll be a way around it and every team will find a way
around it.”

Shaun Patton:
“The main thing with kickouts is to retain possession, be it long, be
it short, and to get the ball into Donegal hands. That is the main
objective with every kickout. Sometimes it goes well, sometimes it
doesn’t, but it is that factor if you are under a bit of pressure and
you need to get the ball away and the defender gets closed in on by
three defenders and can’t give the ball back to you. It’s a bit crazy
but we will have to adjust to it.”

• Whether or not the rules are being altered with too much
Rory Burns:
“To be honest, I think that they’re altering with the rules just too
much. Maybe let the rules sit for four or five years rather than
bringing out new rules every year. But, there’s been some rules that
have come in that I think will be brilliant for the game, like the
advanced mark. I play midfield for my club, so I do like the mark in
the middle of the field because when you take the ball in midfield you
have time to turn around and kick the ball in.”

Niall Morgan:
“I’d just love for a couple of years to just leave the rules the way
they are, just let us play and let us get used to it. We often
complain about referees not being consistent enough, but a rule today
could be a different rule tomorrow. For the sake of everybody, just
let us get on with the game and stop changing it. I think there’s more
about things they could be changing rules about rather than this. The
biggest thing the GAA needs to sort out is their calendar and they
just seem to avoid it year on year. It’s heading towards a very dark
place if they don’t sort it soon, because club footballers are walking
away left, right and centre and you can’t blame them.”

Shaun Patton:
“I don’t think there is anything wrong with the game the way it is. A
couple of the new rules that came in have been controversial, but it
is something I don’t think the game needed. It is something you have
to adjust to. Rule changes come in every year to try to improve the
game, but I thought football was moving in the right direction the way
it was.”

• The timing of the rule change
Rory Burns:
“We’ve played, more or less, our whole National League campaign and
now we’re going to have to change our style of kick-outs for the
Championship. So what has worked for us so far in the league, we
mightn’t be able to use in the Championship, which takes away from the
preparation you’ve started in January.”

Niall Morgan:
“Why do they change the rules halfway through the season? It just
seems so strange to be bringing it in for the Championship, which is
the most important time of the year.”

Shaun Patton:
“I don’t think it will be of any great benefit to the game. It is out
of our control so we have to take it on the chin and move on.”

• Whether Players should have more of a say
Rory Burns:
“I think the current players should have more of a say on the rules.”
Niall Morgan:
“Who are these people at congress and what have they got to do with
football? If they’re going to change the rules, it should be up to the
players to vote on it, not a bunch of people who don’t even play
anymore, or maybe never played. The GPA only get two representatives
at Congress, and they are there to be our voice. How do you hear the
voices of two people over the voices of 280-odd people? Do they
contemplate how it’s going to affect clubs, or do they just think,
‘We’ll just fire in this rule and we’ll see how it goes and hope for
the best?’”