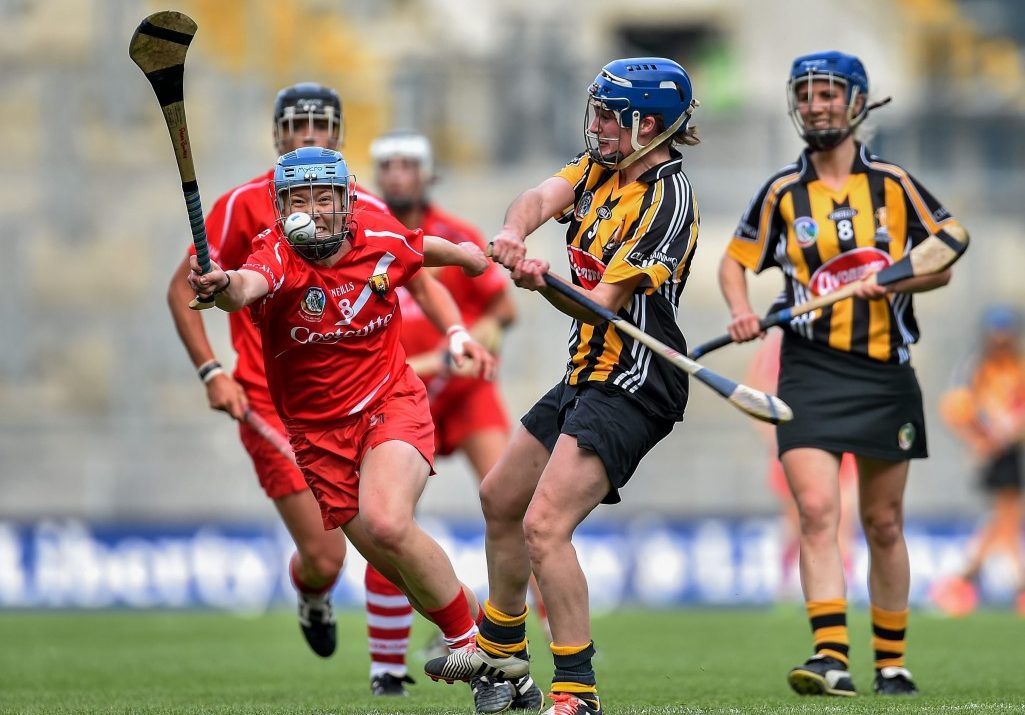 This week the Federation of Irish Sport launched their new campaign 20×20 campaign which aims to increase the participation in female sport and physical activity by 20% by the end of 2020. It also aims to increase media coverage and match attendances. They’re three main targets are to achieve:

* A 20% increase in media coverage of women in sport

* A 20% increase in attendance at women’s games and events

The female sports movement has been in motion for a few years and bit by bit people are beginning to recognise female athletes in their own right. This is another step forward and it is also worthy to note that it is has the involvement of the main sports body in Ireland along with strategic partners AIG, Lidl, KPMG and Investec and Three. Lidl and AIG have been superb in their campaigns for supporting the LGFA and the Dublin Camogie and Ladies football teams.

The organisers of the campaign are urging everyone to get involved, it is a campaign in which we all have a part to play from a grass roots level to an international level, each of the organisations that interact with people from schools, clubs, society, universities all have a role to play in promoting female inclusion.

If we look in Ulster, our three main universities are heavily geared towards their men’s football teams, the opportunity for them to do something better is there but if they aren’t then they should be challenged by the universities themselves why. The difference in the level of respect given to Camogie players when I was in UUJ compared to the level that was given to the girls in UCC was night and day.

One of the main findings through the research behind is that not having visible role models available to young girls a significant barrier to participation levels as girls get older. When I was growing up the only female role models that I got to see on TV were male players in the GAA, Steffi Graf who I got to see every year at Wimbeldon and Sonia O’Sullivan who was competing on a world stage.

I loved camogie growing up and my role models were the players I got to see when I was following my aunt Guinevra throughout her playing career. I didn’t suffer because I didn’t have role models on television because I had so many at home but I can understand how young girls might believe or have the perception that sport wasn’t for them because all they could see where male sports stars on television and in the papers.

In order to see where we are and the work that has to be done can be understood in the following paragraph. As part of the launch of the new campaign Rena Buckley recalled an incident in 2017 when after being invited to be a guest at a juvenile presentation she was told that she wasn’t wanted to present the underage boy’s team with their medals in Cork last year.

This is something that will continue to happen while it is allowed to happen. This could have been a father coaching his son’s football team and didn’t realise the impact that his actions would have, while it was wholly disrespectful to Rena it was also disrespectful to the young team because they didn’t get the chance to meet the GAA’s greatest ever player with the mere haul of 18 Senior All Ireland medals in football and camogie, multiple All Star and Player of the Year awards.

There is no doubt that media outlets are now changing and for those involved in the GAA there are regular games on TG4 promoting ladies football and we can also see the latter stages of the Camogie championship on RTE. We have young Irish women making waves all over the world with the announcements of the recent AFL contracts and we also have Caroline O’Hanlon playing netball on Sky Sports. Cora Staunton has launched her autobiography and was also had a documentary this year on TG4 which gave an exclusive insight into life on and off the pitch.

Cora’s successful stint in the AFL last year has paved the way for others to follow suit. Giving young girls the opportunity to see strong, healthy, fit young women gives them the opportunity to become one of them. Studies have shown that the new generation are so much more image conscious and put themselves under pressure to look a certain way and promoting girls to play sport is the single biggest opportunity to counteract this.

Make it your business to watch the promotional videos of Sarah Rowe and Laura Twomey and show your sons and daughters how they can be the next sports star in Ireland. More information on how to do something about this is available on the 20×20 website.

I’d like to wish good luck to all my team mates tomorrow as we face Eglish in the Ulster final! A great bunch of girls who have been role models and ambassadors in our club for a number of years now.