Advertisement
HomeGeneralJohn Devaney: championship reshuffle could be on agenda
Advertisement 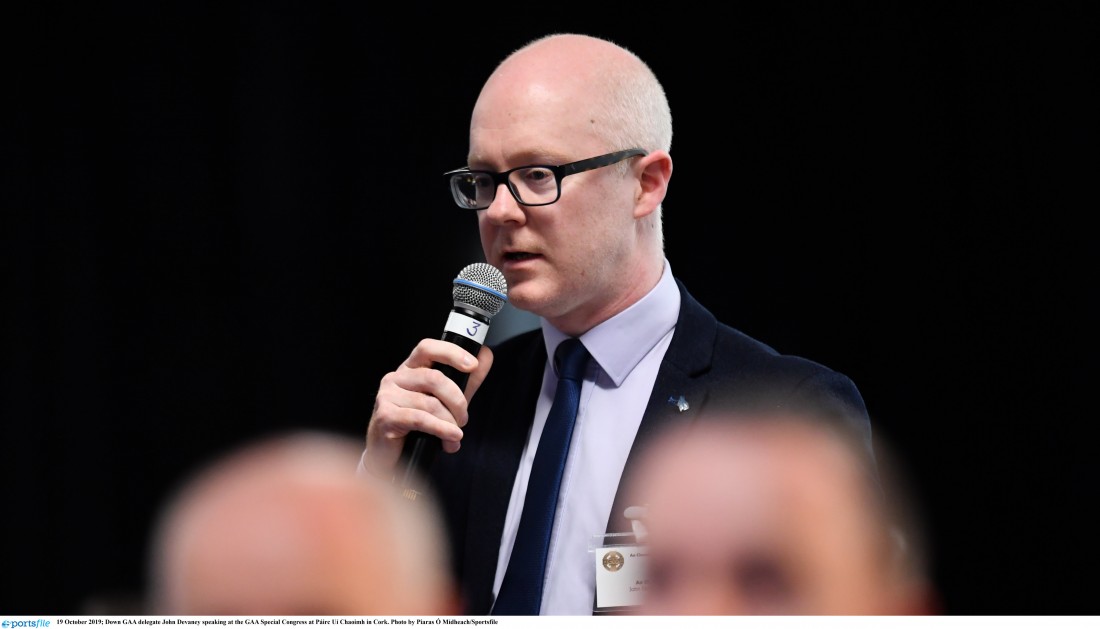 DOWN chairman John Devaney believes that a tier-two deferral and a
straight knock-out All-Ireland Championship could be on the agenda due
to the coronavirus outbreak.

Last week the GAA suspended all GAA activity until at least March 29.
That date is viewed by many as a placeholder for a longer suspension
and already Limerick and Dublin have postponed all games in April’s
club designated month.

While the situation is incredibly fluid, as acknowledged by Devaney,
he feels that some big calls will almost certainly have to be made.
“Part of it will depend on the time-frame,” said the Longford native.
“In the best case scenario, the holding day is March 29. If things are
back then you could conceivably complete what you were doing anyway
and then move towards normality.

“That’s both ambitious and probably not realistic at the moment.
“I would imagine that date will be pushed out and the longer it is
pushed out, the narrower the options are going forward.
“Do you just forget about the Tailteann Cup for the year because it is
linked to the league?

Devaney also believes that should the suspension continue
indefinitely, the GAA should consider ways to complete this year’s
league campaign rather than simply voiding it.
One of his suggestions was that the two rounds carry over to form an
extended 2021 league season.

“You have played five of the seven rounds, not one or two rounds,” he
said. “You’re coming towards the completion stage of it.
“Some counties are in the realm of possibly getting promotion and
suddenly that may die off and you’re looking at starting again next
year.

“Maybe the GAA will look at it and wonder could there be a means where
you could carry forward your efforts into next year.
“For instance, you could have nine rounds instead of seven. Down, for
example, would still be in Division Three but they’d carry forward
what they had built up this year.

“At one end you’d have Cork who don’t deserve to lose everything and
they’d carry forward the points they had acquired.
“The likes of Louth are on no points and maybe it gives them the
opportunity to pull themselves out of trouble.”

Devaney also said that there were no current plans to scrap Down’s
club month and said that the fact that their championship doesn’t
start to latter in the season gives them some flexibility.
n.mccoy@gaeliclife.com