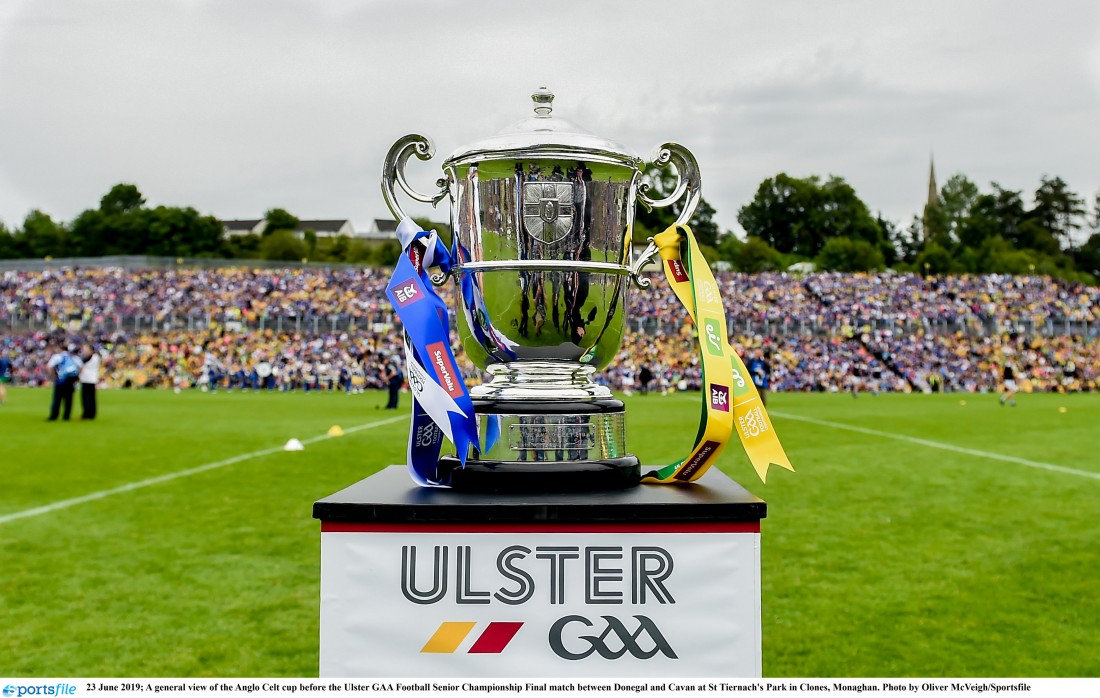 DR Dónal McAnallen says that historically the GAA has fared well in
times of of global and national uncertainty.

Between World Wars, multiple Foot and Mouth crises, and bureaucratic
issues which blighted the organisation in its early days, the GAA has
had plenty of experience of holding firm in times of turbulence.

The organisation has issued a blanket ban on all matches until March
29 due to the Coronavirus, but precedent suggests that there shouldn’t
be any glaring absences in the record books as a result of the pandemic.

Take the 1921 Ulster final between Derry and Monaghan. Ten members of
the Monaghan team, many of whom were involved with the IRA, were
arrested by the ‘B’ Specials when travelling to Derry in the lead-up
to the final, and it was October 1923 by the time the game actually
went ahead.

Dr Dónal McAnallen, who released a book last year (‘Forgotten
Volunteers’) chronicling the forgotten stories of GAA players who went
on to fight during the First World War, says that in the early days of
the association it was common that All-Ireland finals were delayed,
primarily because of organisational problems.

“You have to understand the way things were back then, delays were
common-place.

“Counties weren’t the smooth entities the are now and there was no
such thing as a ‘national league’ until 1925.

“I mean what even was a county team? A county team in the early
decades of the GAA was the county championship-winning team which then
increasingly absorbed players from other clubs, but it was their
choice who they brought on board.

“It was amateur, it was voluntary, and one thing could hold the whole
thing up. Objections could hold things back for ages and sometimes
you’d have objections multiple times over and they caused frequent
delays.”

McAnallen pointed out, however, that the All-Ireland championships
still went ahead during the period of the First World War (1914-1918).
Restrictions on public meetings in the aftermath of the Easter Rising
had an impact, as did rail travel restrictions which led to extremely
poor attendances at the All-Ireland finals, but McAnallen says that
the biggest issues arose during the War of Independence (1919-21) and
Civil War years (1922-23) with multiple All-Ireland finals played
outside their calendar year.

“While some competitions never finished, they generally did. The
Ulster final of 1921 didn’t take place until 1923 and neither team
bore any resemblance to the team which actually qualified for the final.
“The Monaghan team in particular had gone through all sorts of
upheaval.”

Foot and Mouth crises also threatened to put the skids on our games on
a number of occasions. For instance, there was major disruption to the
format of the 1941 championship due to an outbreak of the disease, and
while Tipperary won a postponed Munster Hurling Championship, it was
Cork who won the All-Ireland title.

It was also a factor in the late sixties with the Sigerson Cup of late
1966 eventually completely in Spring 1968, before its most recent
outbreak at the turn of the millennium.

While McAnallen was keen to point out that the GAA never ploughed
through tournaments come what may, he says the organisation does
deserve credit for doing its best to ensure that games of significance
were eventually played – even if there were arguably financial reasons
for doing so.

“I suppose the GAA’s achievement is that despite so many things
overrunning into following years they generally saw things through to
the end.

“The best example is probably World War Two even if Ireland was
neutral. It lasted six years, two Olympics and two World Cups didn’t
take place. The World Cup didn’t take place in 1946 even though it was
over.

“The GAA discontinued the Junior Championship from 1942-45, probably
because it wasn’t as lucrative and there was less interest, but the
big competitions continued.”