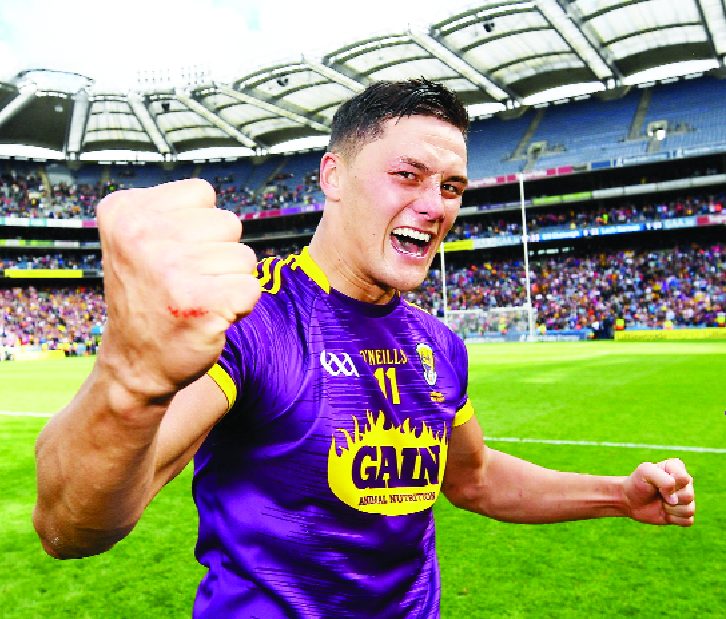 SORRY Armagh fans – just trying to rile yez up, but it definitely doesn’t hurt this year’s championship that Mayo will likely reach the ‘Super Eights’. I mean, a pitch invasion after winning a third round Qualifier? In fairness, they probably did deserve their narrow win over Armagh, whatever about the referee, because their shooting accuracy in the second half was off the charts. They’re still a long way from the finished article, and injuries to Diarmuid O’Connor and Lee Keegan haven’t helped, but they should bring a bit of colour to the ‘Super Eights’ that mightn’t otherwise be there.

GIVEN their respective roll of honours, most would baulk at the suggestion that Brendan Donaghy was every bit as good of a player for Armagh as Francie Bellew. The comparison between the two comes from the fact that Donaghy replaced the injured Bellew in full-back for his championship debut all the way back in 2007. He was excellent that day against Donegal and 12 years on he is still producing some top-class performances, even if the last few years has led to him playing in a sweeping role rather than full-back. Donaghy was Armagh’s best defender against Mayo and it’s imperative that he isn’t allowed to retire. His organizational skills and experience will be crucial to their push towards the top eight next year. One Ulster title is scant reward for such a superb career, but Donaghy deserves to be mentioned in the same breath as some of the heroes of a more successful era.

THE Liam Miller debacle, the black card, the Qualifiers, decreased ticket prices and now the tiered system. The GAA yet again has listened to the appeals from certain quarters of the Association and agreed to push forward with a new project. I say certain quarters because not everyone wanted a tiered system. Those who shout the loudest…. The ‘Super Eights’ system still hasn’t finished its testing period yet we’re on to the next shiny new bauble. Set aside the arguments that the GAA needs to be tiered, for whatever reason you think, at some point we need to ease back into our armchairs and enjoy these games, rather than looking for more rules or structures that we think will right whatever wrongs or inequalities we perceive in the modern game.

A FEW weeks ago, when Derry and Antrim were knocked out of the Qualifiers, on both occasions a commentator admired how young fans swarmed around the players to get their autographs. The following week I heard how one pundit suggested that for the GAA to prosper teams needed to succeed. They said, unless teams like Antrim or Derry were winning Ulster titles then the GAA was in trouble in those counties. While those kids swarming around Division Four players who’d lost a round two Qualifier match suggest the pundit was misinformed, there’s a further mistake being made. The gauge of where GAA is strong is not the attendance at county games, it’s actually participation at club level. Inter-county teams attract fairweather fans, the real strength of the GAA will be seen in August, September, and October when the real supporters swell the stands.

PEOPLE like to be led, and if provincial victories are treated like non-events then they will be seen as non-events. When Armagh and Tyrone were dominating Ulster the fanfare died down after a few wins, see also Dublin currently in Leinster and Kerry in Munster. For that reason, Donegal deserve lots of credit for going clean buck mad even though Anglo Celts are common-place in recent years. So too Limerick, whose fans went bananas when they won Munster on Sunday even though they will be targeting the All-Ireland. The Roscommon footballers and the Wexford hurlers also enjoyed crazy celebrations after their recent wins and the scenes of pitch invasions and home-comings are the perfect tonic to remind people that provincial championships still matter.

THANK god Kildare have in place a plan for the redevelopment of St Conleth’s Park because it could do with a definite make-over. I attended Saturday’s match against Tyrone, the press facilities were brutal, the stewards were harmless but didn’t seem to know what they were at, and they locked the place up shortly after the match was finished. It still beats a half-empty Croke Park though.