Playing for love not money

The received wisdom in the GAA is that Sky Sports will be blamed when our games turn professional. The company was founded by Rupert Murdoch so that he could get as many black dishes nailed to the gable walls of houses, as he possible could. There are those in the GAA who regard English Soccer’s love affair with satellite television as a cautionary tale. Greater TV influence, boosts interest and in turn inflates wages. Soccer’s numbers are big. But in Amercia they are astronomical. There’s supposedly a lad from America who has been given a half a billion dollar contract for playing American Football, the joke seems to be that he doesn’t even have to kick the ball, he just throws it. Those who defend that wage say that the guy is worth it because he brings that value to the team. What’s wrong with this picture is that those games are making far too much money. Amateur athletes kick and strike the ball for love and not for money.

One of the arguments that clubs make to support a run of bad luck, or a long drought is that they have a small pick. But I’m here to suggest that in fact, rural, smaller clubs have an advantage over the bigger teams. During lock down I’ve did a feature about Ballinderry’s All-Ireland glory in 2002.

During that piece, I was reminded that Ballinderry is a small club, with small resources. Yet they managed to win the All-Ireland. Along the way they beat much bigger clubs, with greater resources.

I would argue that the key factor for Ballinderry’s success over those bigger clubs is their bond. Those Shamrocks lads played football together for over decade before that at underage level right through to senior. For a town club, their players might have a bond, but they are more likely to have other pursuits, and be part of other teams. We live in an age where we see Dublin being successful, and we argue that that happens because of financial and human resources. But that’s a red herring, the real key to success is the bond that players have, and that happens easily in a rural environment.

THERE’S no relegation or promotion in the Tyrone All-County League this year, but that doesn’t mean that teams aren’t taking it seriously. I’ve covered two matches in the last two weekends for our sister paper Ulster Herald, and they’ve been played with the same verve as in normal times. Carrickmore engineered a comeback against Dungannon in the first match much to the obvious delight of their home support, while there was no love lost in their defeat to old rivals Errigal Ciaran at the weekend. Both matches were played in a decent spirit, but it was obvious that the games mattered a hell of a lot to all involved.

Clonoe won’t have let that one go unnoticed

What a line from Coalisland boss Damian O’Hagan, whether you agree with it or not. They’re set to play rivals Clonoe in the first round of the championship, and he got the first dig in when he was interviewed after a recent league match against Omagh. Clonoe’s boss is Stevie McDonnell, and we at GL think the Armagh legend is a great guy, but O’Hagan’s comment that “they have the professional trainers and manager and hopefully we can go there and stand up to it on the day” was still worthy of a chuckle. It’s not that noteworthy for former players to learn their trade at clubs in neighbouring counties, but it’s added a bit more spice to the potential tie of the round in the Tyrone club championship. Who knows, maybe Stevie will have the last laugh, but it’s hard to dismiss a man who’s already led Na Fianna to two championship titles as manager. 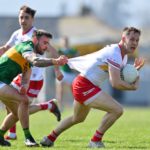 The difference between the Red Hands and the Kingdom 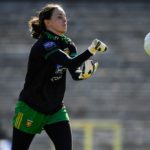 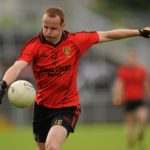