Is mental health still a taboo subject in changing rooms?

These have been testing times for GAA players,

and three inter-county stars have spoken

about the mental health challenges

“It’s just a hard thing, for any young lad, to come out and express your true feelings”

Is the subject of mental health still a taboo subject in GAA dressing rooms?

I think so. In a changing room full of lads, it goes back to that thing were too few are still prepared to talk about it. I suppose you’re part of a team, you’re focused and maybe that takes attention away from that area. It’s just a hard thing, for any young lad, to come out and express your true feelings. I’ll not lie, I’ve had a few lads come to me at different times. One of those took up physical activity, over two years ago now, and it’s really helped him. You just don’t know what’s going on in someone’s head or behind closed doors. Lads can be the life and soul of a dressing room but it’s often a mask. With the club, you’ve grown up with these lads, same schools, same age. But again, maybe lads in that position might think it’s even harder to approach their best mates with that kind of issue. It’s just such a hard thing for people to open up about and talk about.

It’s hard to call. It works both ways. At the end of the day you’re not going to be able to drag that kind of thing out of someone. It’s usually kept very well hidden. With the GPA, of course they do do their bit. Absolutely. But there is so much more everyone can do. I don’t know if we hold enough talks or seminars. I remember we got Oisin McConville in as part of a health weekend, to raise awareness on a variety of levels. We’d the schools in. So many of the teachers came up after and said that the children were going to benefit massively from hearing Oisin tell his story. That’s just one example. When you see someone of that stature standing up and telling his story, then it can only help give others confidence who might be struggling. You simply have to talk about it. It’s easy for me to say that – fortunately I’ve never struggled like that. But I know people who have and it’s a very brave act. Those are the sorts of individuals we need visiting the clubs.

I don’t know. It’s a difficult one. It’s so tough to answer. You mentioned clubs and that everyone has a health and well-being officer. I’ll not lie, I don’t even know who that individual is in my own club. And again, that could well be my own fault. Maybe I’m not paying enough attention. But I don’t see meetings or workshops being called. It has to be made as visible and as easy as possible, by that I mean for someone to be able to ask or seek help. It needs to have a very obvious or clear presence, that there is help and assistance there. Make it as comfortable or as accessible as we can. A few posters here and there aren’t enough.

The current situation with Covid-19, it’s probably posing some real difficulties, psychologically, for players at this moment.

Is that void palpable or is it a case of perspective?

Sport and physical activity plays a big role in keeping the mind occupied and healthy. Things aren’t so bad for me. It’s been different. It’s gone from one extreme to the other. Before, every second day it’d be either meeting up with the lads, training or playing games.

There is all that interaction, all this routine. And it’s completely stopped. You’ve to now train by yourself. It’s tough. And again, for anyone that might have been secretly struggling beforehand could well be finding this even more uncomfortable or lonelier. They are the ones we have to look out for. 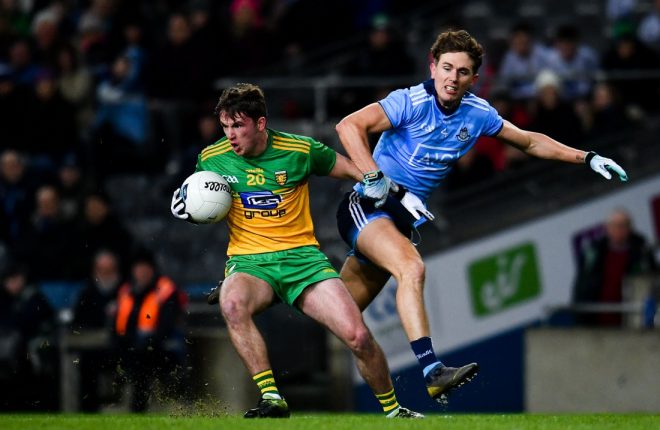 Is the subject of mental health still a taboo subject in the GAA?

Yeah. I know county boards are doing so much to raise awareness. We have a conference here every year in Donegal with loads of different workshops covering various areas. But there is always room for even greater awareness or improvement when it comes to something as serious as mental health. It’s a very relevant topic, and it’s even more relevant given the current climate and what people are going through with the Covid-19 pandemic. Club and county, your teammates, there is so much trust there that people shouldn’t be afraid to ask (for help) or confide in someone. At the end of the day, that’s what teammates are for. You go into the trenches with them and for them and it shouldn’t be any different off the field.

The GPA hold webinars and that’s a helpful resource. But again, I think from grass roots, the club, that might be the best starting point. Introducing information or small talks with underage teams might make it less of a taboo subject. If you retain that as part of their development growing up it mightn’t feel so difficult to ask for help or even identify someone that might be finding things difficult. Make it part of the culture, make it normal from the very off. Get the younger generation talking about mental health. For lads in their mid- to late-teens it can be much more difficult to raise the subject or open up.

Be vigilant, be aware. Talk. It’s something that can be fixed. If you’ve an injury to your arm or leg, you look for help. It should be the exact same with any mental illness. It’s a silent problem though and it’s something that eats away at a person and no one might spot it. That’s the big difference. People just need to know that there is help out there, massive help. It’s just about having that courage to reach out and look for that help.

The current situation with Covid-19, it’s probably posing some real difficulties, psychologically, for players at this moment. Is that void palpable or is it a case of perspective?

It’s not just us, GAA players, sports people or whatever. People exercising in general, meeting up for classes and just interacting. Exercise is a big part of people’s lives. A lot of professionals you talk to, they use exercise and fitness as a release after a tough day at work. So it’s about keeping busy. It’s important you check in on people and see how they’re doing. It might only take 10 minutes but it could make a huge difference in someone’s day. I think the clubs have been brilliant. For me, it took a week or two to realise what was happening or even accept that we might be in for the long haul. But the penny dropped pretty quickly and you just have to try to be positive.

“I think, slowly but surely, we are being more open and more honest about it” 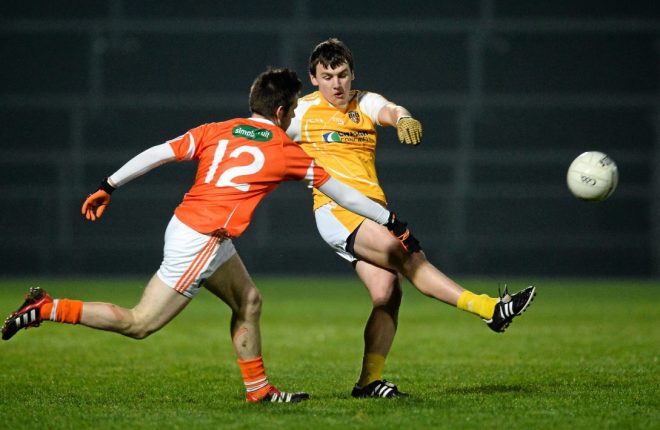 Is the subject of mental health still a taboo subject in GAA dressing rooms?

Not as much as it used to be. I still think lads are still a little embarrassed to talk about it. The easiest thing is to not talk about it. I think, slowly but surely, we are being more open and more honest about it. People that are aware of my story, I put myself out there and what I went through with the hope it would help other people. It wasn’t about myself. And I do feel it’s had a bit of a domino effect. And that’s been great. The amount of people, I can think of at least four or five, that have come to me, spoke to me and went and looked for help. That was very, very good.

I know the GPA have the 24-hour helpline. I don’t know if that’s just for county players? I’m not sure if there is something similar available for club players. But the GPA have been very good to me. The councillor I still deal with goes through the GPA. I think everyone is moving in the right direction. But there will always be room for even more to be done. It’s Mental Health Awareness Week. And we’ll highlight so much positive stuff. But what about next week and the week after that? Do you understand what I mean? The GAA are going in the right direction. But there needs to be more assistance and help given to clubs.

At the end of the day you have to want help. That’s the big thing. If you’re in a rut, or bad way, look at what you can do to get out of it. Do you need to go off the drink for a while, do you need to eat better, get more sleep? Some of those wee changes can make a big difference. Even socialising, meeting up with friends and having chats, that can make a big difference. There are wee things you can figure out for yourself. Structure and routine are so important. Even now, with no football or hurling, I still have my wee plan done out for the week. I live on my own so I need to get up and get out.

The current situation with Covid-19, it’s probably posing some real difficulties, psychologically, for players at this moment. Is that void palpable or is it a case of perspective?

I’m doing fine. I’ve looked at it, not as a problem but maybe what solutions are there? You have to put things into perspective. I live a mile up the road from the Royal and there are people in there dying every day. I can still get out, exercise. It’s not such a big deal. Life is life and the GAA, even though it’s helped me so much; in some way this has actually been good for me. It’s made me realise there is more to life than GAA. For the past year, since I got things together, I’ve emptied myself into the GAA. It’s been tunnel vision. I’ve been able to focus on work and building relationships with people a lot more this past while again. It’s been good for other parts of my recovery.